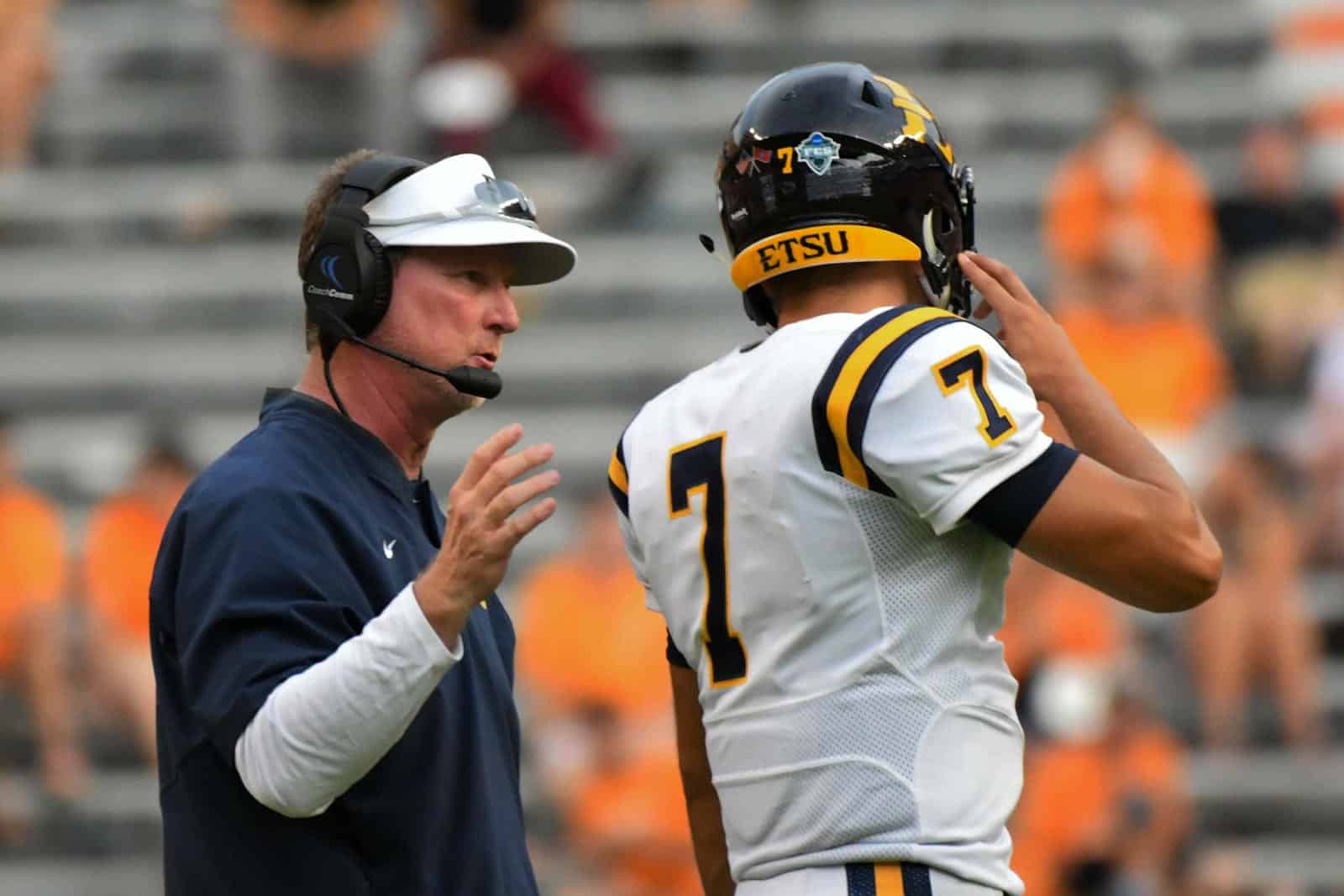 The East Tennessee State Buccaneers have announced their 2019 football schedule, which includes games against Appalachian State and Vanderbilt.

“We will face another challenging schedule this season,” said ETSU head coach Randy Sanders. “We are excited to be playing six home games, while we will face tests against Appalachian State and Vanderbilt. After the success we had last season, we won’t be sneaking up on anyone, so we have to come ready to play each week.”

ETSU will open the 2019 season on the road in Boone, North Carolina, against the Appalachian State Mountaineers on Saturday, Aug. 31.

The Buccaneers will then kick off their home slate with three consecutive games at William B. Greene Jr. Stadium in Johnson City. ETSU will host the Shorter Hawks on Sept. 7, which was previously unannounced, followed by their Southern Conference (SoCon) opener against the VMI Keydets on Sept. 14.

ETSU then hosts the Austin Peay Governors on Sept. 21, which will be their final non-conference home contest in 2019.

The Bucs then return to SoCon action for the next seven contests, starting with a trip to take on the Furman Paladins on Sept. 28.

East Tennessee State returns to Johnson City to host the Wofford Terriers on Oct. 5 before their only open date of the season on Oct. 12.

Next, ETSU plays back-to-back road contests beginning with The Rail Rivalry at the Chattanooga Mocs on Thursday, Oct. 17. The Bucs then head to Birmingham, Alabama, to take on the Samford Bulldogs on Oct. 26.

The Citadel Bulldogs make a visit to Johnson City on Nov. 2 for ETSU’s Homecoming before the Bucs travel for the Blue Ridge Border Battle against the Western Carolina Catamounts on Nov. 9.

ETSU hosts their final home game against the Mercer Bears on Nov. 16 before they close the 2019 regular-season in Nashville against the Vanderbilt Commodores on Nov. 23.

ETSU had a successful season in 2018, finishing 8-4 overall and 6-2 in SoCon action. The Bucs won a share of the Southern Conference title and played Jacksonville State in the first round of the FCS Playoffs, falling 34-27.