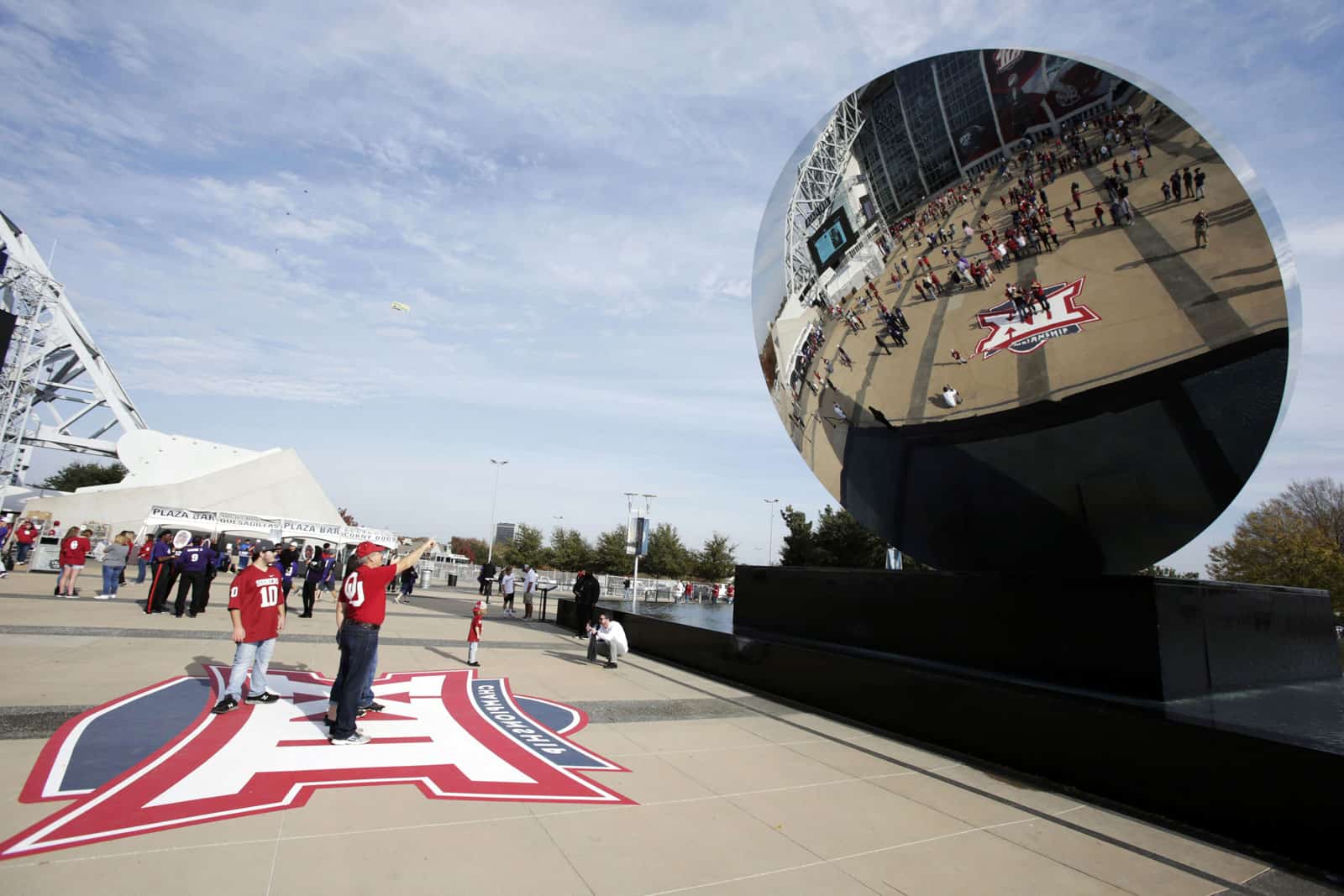 The schedule kicks off on Friday, Nov. 30 with the Marathon MAC Championship at Ford Field in Detroit, Michigan. The game is set for 7:00pm ET on ESPN2.

Saturday’s action begins at Noon ET with two championship games. The Dr. Pepper Big 12 Championship at AT&T Stadium in Arlington, Texas will be televised by ABC.

Over on ESPN at noon, the inaugural Sun Belt Conference Championship will be played. It will take place at the home stadium of one of the two participating teams.

After the Big 12 Championship, the American Athletic Conference Championship follows on ABC at 3:45pm ET. The game will be played at the home stadium of the Eastern or Western Division winner.

The Mountain West Conference Championship, played at the home of the Mountain or West Division winner, is set for 7:45pm ET on ESPN.

Championship Saturday concludes with the Dr. Pepper ACC Championship at 8:00pm ET on ABC. The game will be played at Bank of America Stadium in Charlotte, North Carolina.

You can view the full schedule of college football conference championship games at the link below, which includes the Big Ten, Conference USA, Pac-12, SEC, and SWAC.

Seems strange that ESPN put the ACC championship game in prime time instead of a potential Texas-Oklahoma rematch.

The ACCCG is always in prime time.

I’ve said it before and I’ll say it again, the Pac-12 needs to move their future championship games to 3:30 on Saturday if they want to become relevant again in college football.

Notre Dame vs Navy in Ireland 2020

Now the SEC needs to move theirs into primetime