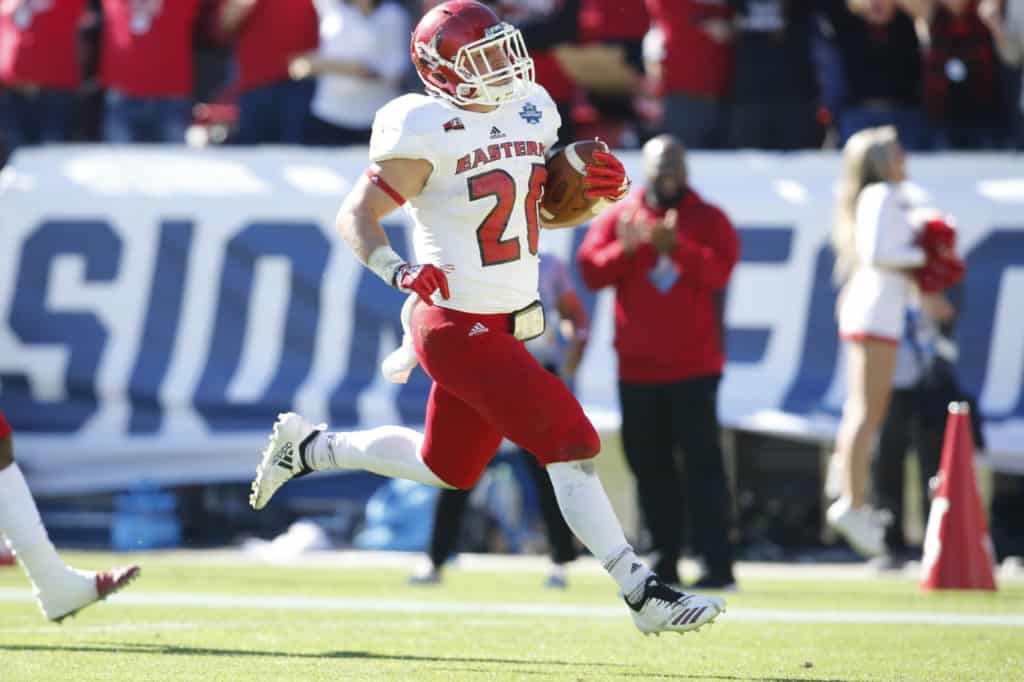 The Eastern Washington Eagles have released their 2019 and 2020 football schedules, which respectively include five and six home games.

The 2019 season opens with three road games in the first four for the Eagles. A trip to Pac-12 and in-state team Washington starts the schedule Aug. 31, with Division II Lindenwood visiting Cheney and Roos Field on Sept. 7.

It will then be back to the road for the Eagles to begin October, as an Oct. 5 Big Sky date at Sacramento State awaits. Northern Colorado then visits Oct. 12, with an Oct. 19 bye week and Oct. 26 visit to Montana next on the slate.

November offers games at home to begin and end the month, with road trips between those dates. Northern Arizona travels to Cheney Nov. 2, followed by trips to Idaho State (Nov. 9) and Cal Poly (Nov. 16). Portland State closes the regular season against EWU on Nov. 23.

“We are all glad we could fill a full 12-game schedule,” said Eastern head coach Aaron Best in the release. “We have five home games, and some challenging non-league games will certainly prepare us for the 2019 Big Sky campaign. Having Idaho on our non-conference slate will allow us to continue our annual game and allow both fan bases to enjoy and take part in what should become one of the premier rivalries in the league again.”

2020 commences with another road trip to a Power 5 school, as the Eagles travel to Gainesville to take on Florida (Sept. 5). Non-league games with Western Illinois and Northern Arizona round out the first three weeks of that season.

Which Big Sky team on the 2019 schedule will be considered a non-conference game?