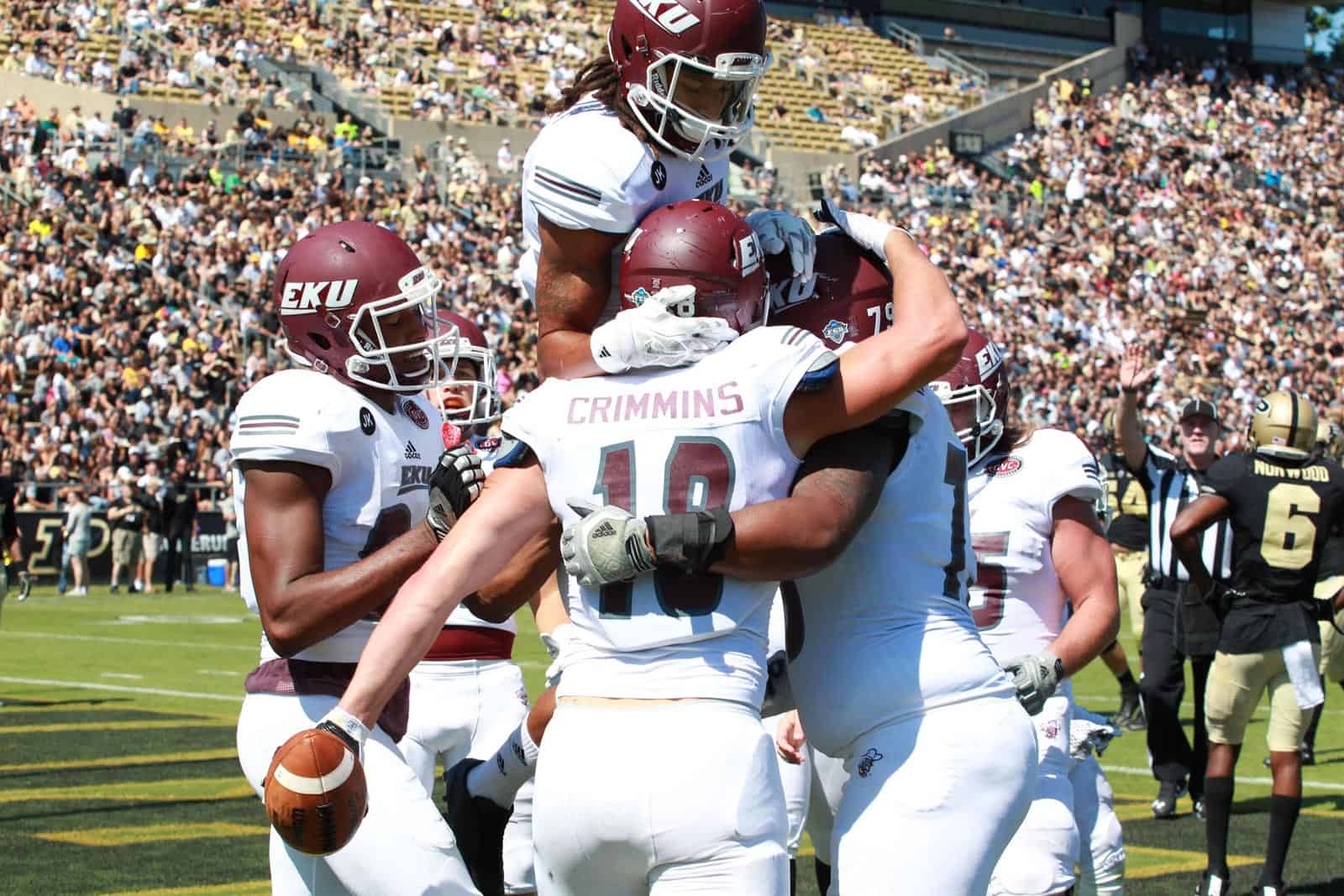 The Eastern Kentucky Colonels have announced their 2019 football schedule, which includes five games at home.

Eastern Kentucky will open the 2019 season at home at Roy Kidd Stadium in Richmond, Kentucky, on Thursday, Aug. 29 against the Valparaiso Crusaders.

EKU then plays three consecutive games on the road, beginning with a contest at the Louisville Cardinals on Sept. 7. The Colonels then head to face the Indiana State Sycamores on Sept. 14 and the Presbyterian Blue Hose on Sept. 21.

Ohio Valley Conference play kicks off for Eastern Kentucky at home on Sept. 28 with a visit from the Tennessee State Tigers. EKU then hosts the UT Martin Skyhawks the following week on Sept. 5 before their only bye week of the season on Oct. 12.

EKU then heads out for back-to-back road contests at the Murray State Racers on Oct. 19 and at the Eastern Illinois Panthers on Oct. 26.

The Austin Peay Governors visit Richmond on Nov. 2 before the Colonels travel to take on the Southeast Missouri Redhawks on Nov. 9.

Eastern Kentucky closes out the regular-season in 2019 with a home game against the Tennessee Tech Golden Eagles on Nov. 16, followed by a trip to play the Jacksonville State Gamecocks on Nov. 23.

EKU’s home game against Valparaiso, as well as all Ohio Valley Conference games, will be televised via ESPN+.

The Colonels wrapped up the 2018 season 7-4 overall and 5-2 in Ohio Valley Conference action. The Colonels made their last FCS Playoffs appearance back in 2014.