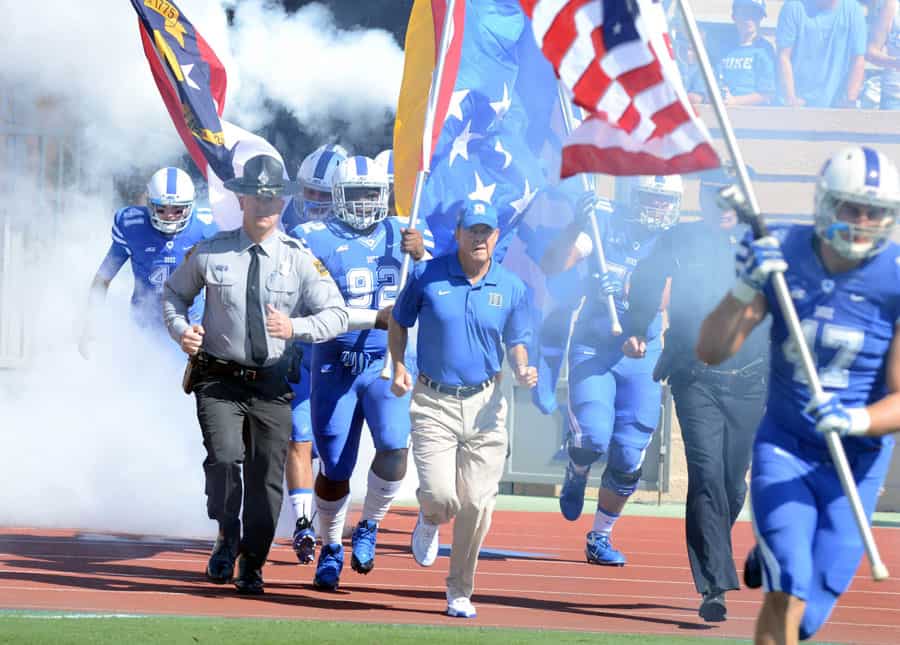 The Duke Blue Devils and the Charlotte 49ers have scheduled a home-and-home football series for 2020 and 2021, FBSchedules.com has confirmed via a records request to UNCC.

In the first game of the series on Sept. 19, 2020, Duke will host Charlotte at Wallace Wade Stadium in Durham, North Carolina. The Blue Devils will then travel to face the 49ers at Jerry Richardson Stadium in Charlotte on Sept. 11, 2021.

Duke and Charlotte, which are separated by about 132 miles, have never met on the gridiron.

The Charlotte 49ers are transitioning to the Football Bowl Subdivision (FBS) and officially join Conference USA on July 1, 2015. They will be eligible to play in a bowl game following the 2016 season.

Duke now has three non-conference games scheduled for the 2020 season. The Blue Devils are also slated to host Middle Tennessee on Sept. 5 and later travel to Notre Dame on a date to be announced.

Charlotte is Duke’s first scheduled non-league opponent for the 2021 season.

The camera angle you are referring to was not directly under the goal post looking straight up. Don’t know how you could conclude it was good without seeing that angle.