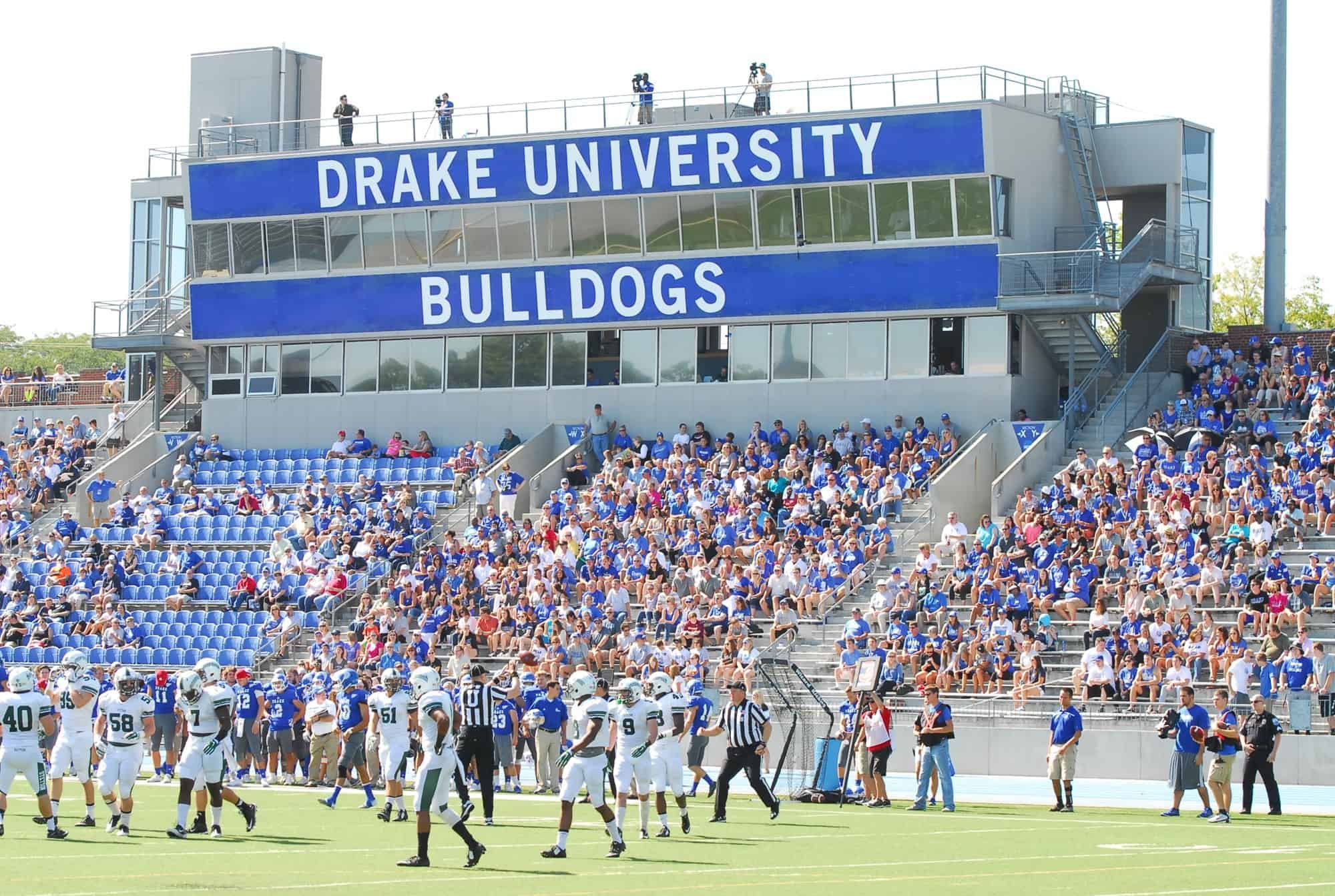 The Drake Bulldogs have added the Northwestern Red Raiders to their 2023 football schedule, according to an announcement by Northwestern College earlier this year.

Drake will host Northwestern at Drake Stadium in Des Moines, Iowa, on Saturday, Sept. 9, 2023. The game will mark the fourth overall meeting between the two schools on the gridiron.

Northwestern College, located in Orange City, Iowa, competes in the Great Plains Athletic Conference (GPAC) in the National Association of Intercollegiate Athletics (NAIA). The Red Raiders hold a 1-2 record against the Drake Bulldogs with the last meeting occurring in 1997.

“We are excited for the opportunity to compete against Drake in historic Drake Stadium,” said Northwestern head football coach Matt McCarty. “It will be a great opportunity to play in front of our fans and alumni in the Des Moines area.”

Northwestern finished the 2022 season 12-2 overall and 9-1 in GPAC action. The Red Raiders claimed the NAIA Football Championship Series with a 35-25 victory over Keiser (Fla.).

“We are excited to bring Red Raider football to the Des Moines area where we have many alums. Drake has a unique football tradition and they play in a historic stadium,” said Northwestern College Vice President for Athletics Dr. Micah Parker. “This will be a great student athlete experience which will only help us continue to improve our football team. Save the date on your schedule Raider fans!”

With the addition of Northwestern, Drake has now tentatively completed their non-conference schedule for the 2023 season. The Bulldogs are scheduled to open the season at the North Dakota Fighting Hawks on Sept. 2 and will later travel to face the South Dakota State Jackrabbits on Sept. 16.

LOL – Funny how Drake will go to Grand Forks to play North Dakota or Brookings to play South Dakota State. But they will not go to Cedar Falls to play Northern Iowa.