Do Two-Loss College Football Teams Deserve to be Ranked in the AP Top 25? 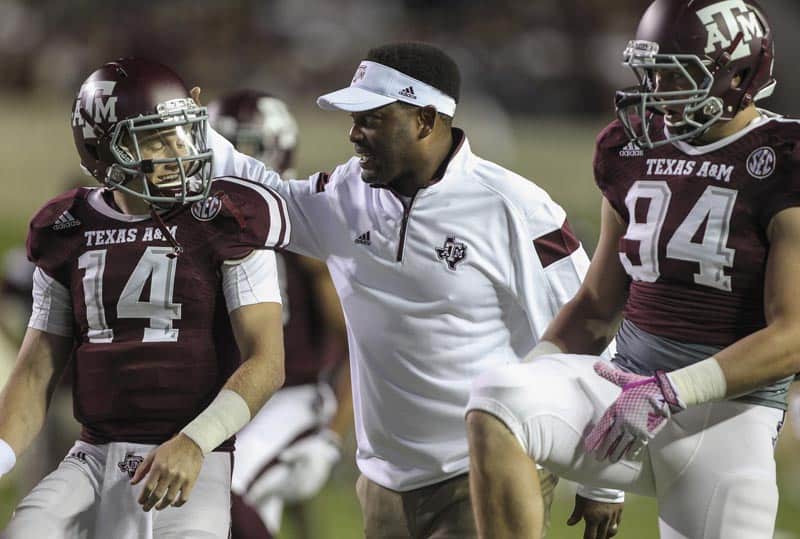 Before this week’s AP poll, only one two-loss team had made it into the rankings this season, Stanford, who at 3-2 earned enough votes last week to be No. 25.

This week, Stanford is joined in the AP by fellow two-loss teams Texas A&M, USC and Clemson. Take a look at how each got to the midway point of the season:

What sets Stanford and Texas A&M apart is that their collective wins have come against teams that haven’t combined for a winning record in 2014.

In fact, each has only a single victory over a team with a winning record: Stanford bested 5-1 Washington and Texas A&M beat 4-3 FCS Lamar.

So, while all of these programs can claim “quality” losses, half can’t declare more than one win against a team that is over the .500 mark.

To compare, take a look at the 10 teams with fewer than two losses that aren’t in the rankings:

The two unranked, one-loss programs with the best argument for replacing Texas A&M and Stanford in the polls are Georgia Tech and Washington.

The Yellow Jackets played winning opponents each of the last three weeks: Virginia Tech (5-2), Miami, Fla. (4-2) and Duke (5-1). They were ranked No. 22 in last week’s poll—when they were 5-0—but dropped out this week after losing 31-25 to Duke, a program that voters refuse to take seriously no matter how many games it wins.

Washington’s case is less compelling, with victories over FCS Eastern Washington (6-1) and Cal (4-2). We’ll find out soon if the Huskies really are for real, and they’ll be rewarded handsomely if they can knock off No. 9 Oregon this Saturday.

The next tier consists of a trio of teams who have each beaten one winning team this season: Duke knocked off 5-1 Georgia Tech last Saturday, Minnesota beat 4-3 Middle Tennessee in Week 2 and Colorado State bested 4-2 Boston College in Week 5.

A rung below that are Kentucky, Rutgers, Iowa, Temple and Oregon State, all who have only played one winning team this season and all who lost that game.

What’s interesting about Kentucky is that—like Texas A&M—it’s best win this season came over South Carolina. The only difference is timing, the Aggies played the Gamecocks the first game of the season, when they were ranked No. 9, while the Wildcats beat them in Week 6, when they were officially out of the rankings.

Other than that, the balance of the victories for both teams are underwhelming: A&M beat FCS Lamar, Rice, SMU and Arkansas, while Kentucky bested FCS UT Martin, Ohio and Vandy.

Both also share “quality” losses — the Aggies to top-ranked Ole Miss and Mississippi State and Kentucky to Florida in Gainesville, where the Cats haven’t won since 1979.

The comparison illustrates the polls’ over-reliance on the preseason Top 25, a mentality that rewards the early favorites and costs those who must scrap their way into the rankings.

That’s especially true for programs like Kentucky, Minnesota and Duke, all counted as perennial strugglers in power conferences.

Do you think the AP is getting it right?

Though a valid argument could be made either way, 6-0 Marshall climbing into the rankings this week at No. 25—the Herd’s first appearance in the polls since 2002— reminds us that eventually every program will be rewarded if they can accumulate enough wins.

Article is about right now, not the end of the season. Of course there are going to be 2-3 loss teams ranked by then.

@james The final rankings from last year included twice as many games played. The question being asked is *at this point*. A comparable question at end-of season would be “Do Four-Loss College Football Teams Deserve to be Ranked in the AP Top 25”. Do you understand now?

I know you guys need stuff to talk about but I hope this is not a real question. Of course some of those teams are deserving of being ranked in the top 25. Some of the two loss teams should possibly be ranked even higher. And some should have been in top 25 last week. As far as I am concerned your teams overall record is not the most important aspect of the ranking at this point in the season. Especially if you are going to take preseason rankings into affect. Clemson has lost to two top ten teams. And barely lost both of those games. They could have easily won both of those games; they definitely did not play up to their already proven ability. For those of you who didn’t watch the Georgia game and are only looking at the final score, it was a 3 point game with ten mins left in the 4th qtr. And by the way they did have all four of their running backs. I don’t believe just because you have one loss to a “no body” doesn’t mean they should be ranked. People need to take their time and actually watch the games. You can see it all if you actually watch the games. Go tigers baby. And for those of you who don’t know who Deshaun Watson is, you have a lot of catching up to do.

Yes, Clemson deserves the Top 25 – but based on beating NC State and Louisville, not on losing to FSU and UGA.

I have become dissillusioned by the rankings because they are based on what we think a team will do, in the context of what they have done. As apposed to simply ranking them for what they have done. For example based simply on what had been done it is difficult to argue that Baylor should have been ranked any higher than Marshell until last week.

Great analysis. I’ve never bought the “good loss” argument. Tell me you’ve beaten and we can talk. I agree that Ga Tech and Washington are more deserving of the Top 25 than Texas AM and Stanford. I have a feeling we won’t have to worry about Texas AM much longer…

Records need to be taken into account along with strength of schedule and the eye test.

Hey let’s have some fun with the new playoff format. Who do you project will be in the CFB playoff and “New Year’s Six” Bowls.

Alabama could win out and still not end up playing in the SEC championship game. Would the Tide then not likely be selected for the 4-team playoffs?

Would the committee select one-loss P12, B1G and B12 champs (Oregon, Mich St, Oklahoma) over a one-loss Alabama?

It’s a case by case basis. Ie..If you watched Stanford both of their losses were via absolute blown calls. Stanford had a TD called back on absolute bogus call in USC game. ND game a pass that was clearly incomplete was called complete that would have been 4th down on a drive that ND would have punted on as it was deep in their own end in the late part of 3rd quarter. Even the paid to be bias for ND commentators said was a bad call, That bogus call led to a FG. Without that bogus call at worst Stanford was in OT even giving up the late TD which was aided by questionable call.

I hear ya. But at the same time blown calls happen throughout games. When they occur near the end of a competitive game fans tend to embellish the significance of those blown calls versus blown calls made earlier in the game.

Coming up for Stanford are some tough road games at Arizona St, Oregon, and UCLA. Right now I give the home team the advantage.

Yes, however with this caveat. Lose the PRESEASON top 25!!! Start any polls AFTER week one or two.

Clemson would be ranked higher if Deshaun Watson didn’t break his finger. Wish he would’ve been starting against FSU.