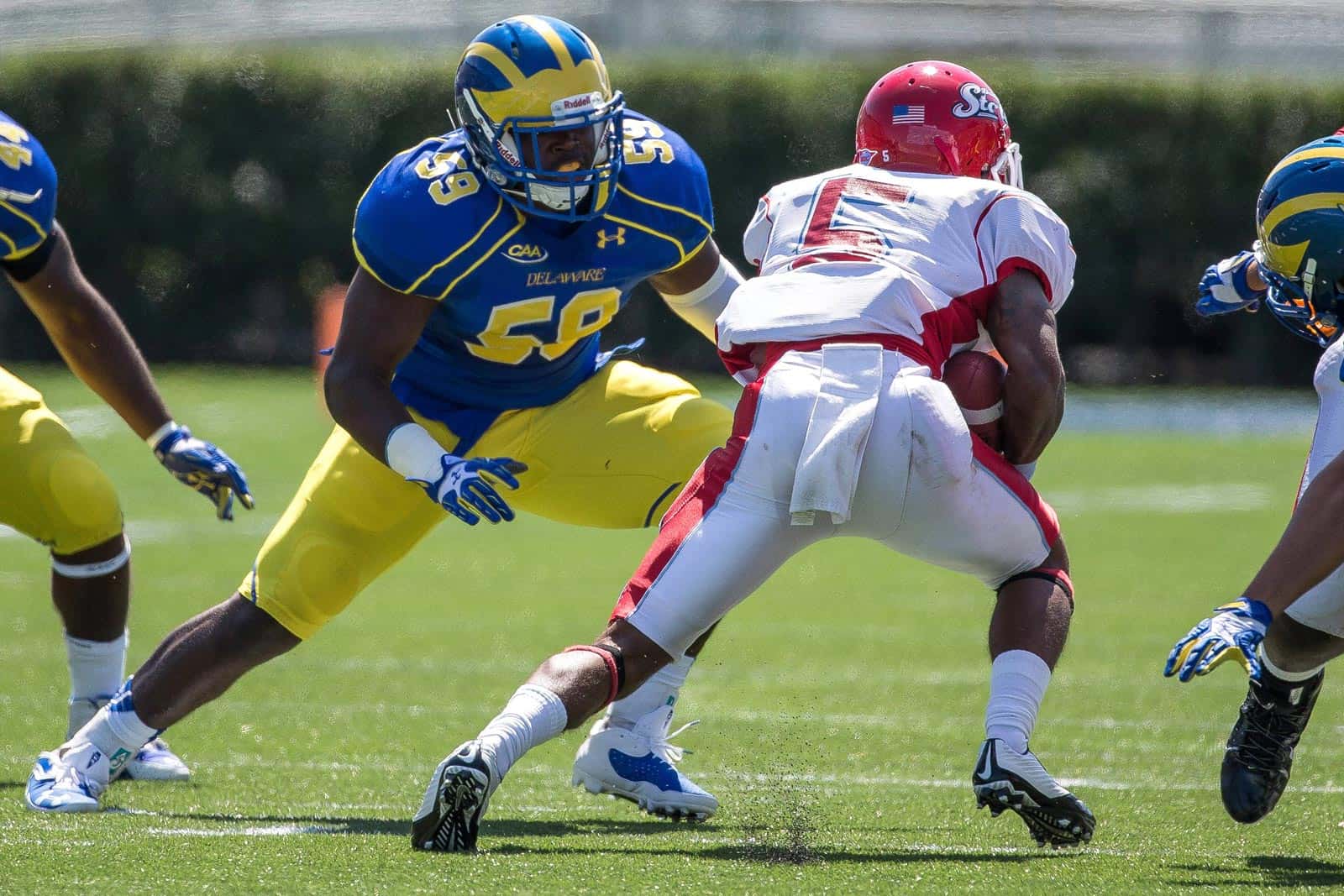 The Delaware Blue Hens and the Delaware State Hornets have scheduled a six-game football series beginning in 2024, both schools announced on Monday.

According to the release the host of the sixth and final game of the series “…will be determined by the first five meetings.”

As part of a previously announced agreement, Delaware will host Delaware State this season on Thursday, Aug. 29. The Blue Hens will also host the Hornets again to close out the two-game set on Sept. 12, 2020.

“We are excited to have the opportunity to bring our two state institutions together. Both of these Universities have outstanding people who make an impact across the state,” said University of Delaware Director of Intercollegiate Athletics and Recreation Services Chrissi Rawak said. “This series will be an opportunity for many folks in this state to show off their pride for their respective schools.”

“This football series agreement provides another opportunity for Delaware’s major public Universities to engage while also bringing together state and local officials, alumni and fans of each school, constituents and our communities,” said Delaware State Director of Athletics Dr. D. Scott Gines. “We are excited to be a part of this showcase for our great institutions and the First State.”

Delaware and Delaware State first met on the gridiron in the 2007 I-AA Playoffs and have squared off eight times overall. Delaware won the most recent meeting, 22-3, in 2017 and now leads the overall series 8-0.

“We are looking forward to this series with Delaware State and to celebrate our state’s two major universities. This agreement will create a lot of excitement and enthusiasm for the fans of both universities,” Delaware head coach Danny Rocco said.

“It’s exciting for each school and the state that our football series will continue into the next decade and beyond,” said Delaware State head coach Rod Milstead. “I’m also pleased that at least two of the games are scheduled to be played in Dover, allowing fans in central and southern Delaware a better opportunity to attend.”

This is great news. Seems like they may be putting their previous differences aside.

Looking forward to seeing this rivalry blossom….if the Hornets can just get that first win,then this series will really off.

So surprising how few times these schools have played each other.