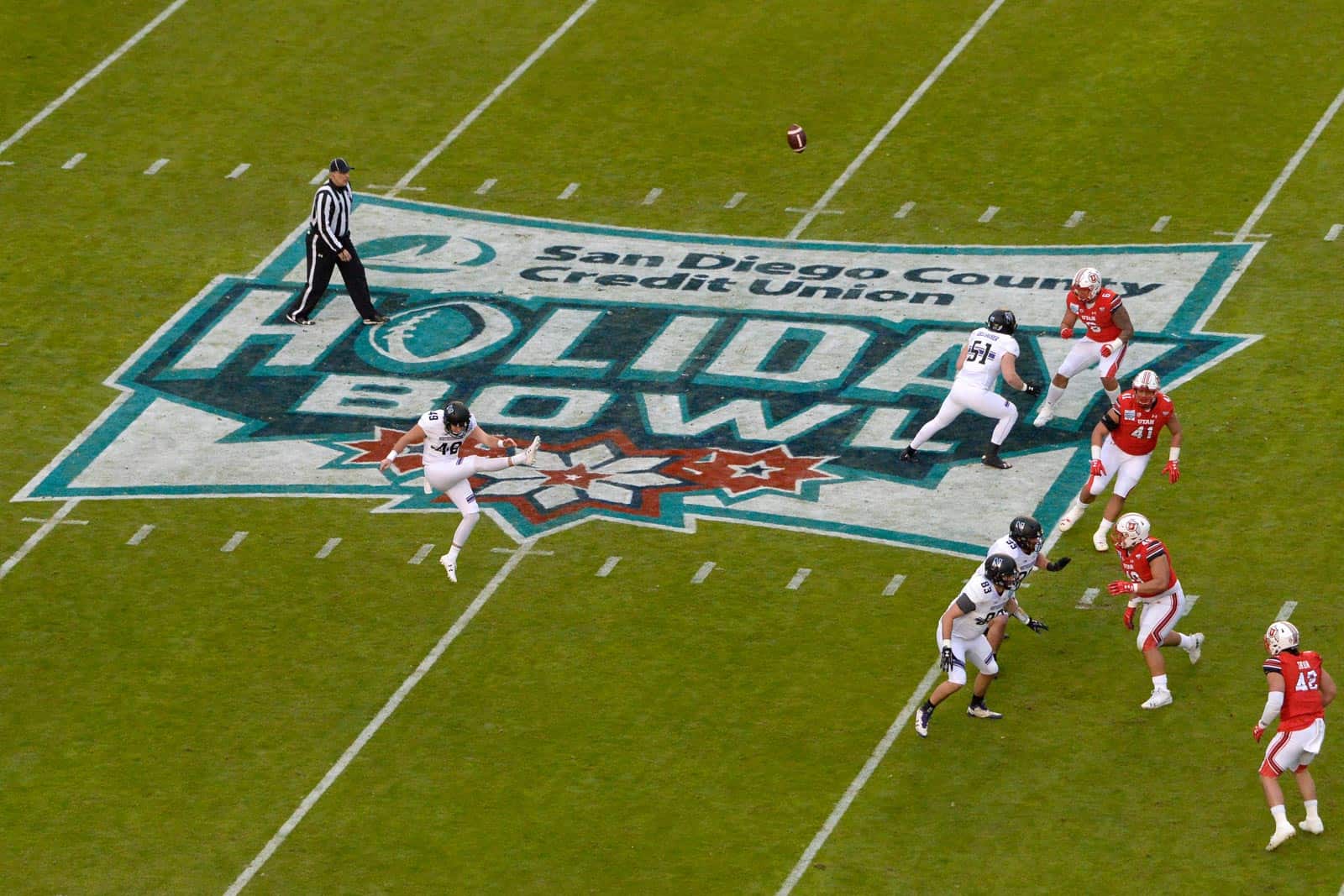 The dates and television coverage have been set for the SDCCU Holiday Bowl and the Redbox Bowl, both bowls announced on Thursday.

The 2019 San Diego County Credit Union Holiday Bowl is scheduled for Friday, Dec. 27 at SDCCU Stadium in San Diego, California. The game features a matchup of the Big Ten Conference and the Pac-12 Conference and it will be televised by FS1 at 8:00pm ET/5:00pm PT.

The Oregon Ducks emerged victorious in the 2018 Redbox Bowl in a riveting contest that ended with a score of 7-6.

The announcement of the Holiday and Redbox Bowl dates completes the College Football Bowl Schedule for the 2019-20 season.

The College Football Playoff Semifinals are scheduled for Saturday, Dec. 28 at 4 and 8:00pm ET (exact times to be announced on Dec. 8). The hosts are the Chick-fil-A Peach Bowl at Mercedes-Benz Stadium in Atlanta, Georgia, and the PlayStation Fiesta Bowl at State Farm Stadium in Glendale, Arizona.

The College Football National Championship is set for Monday, Jan. 13 at Mercedes-Benz Superdome in New Orleans, Louisiana. The game will be televised by ESPN at 8:00pm ET.