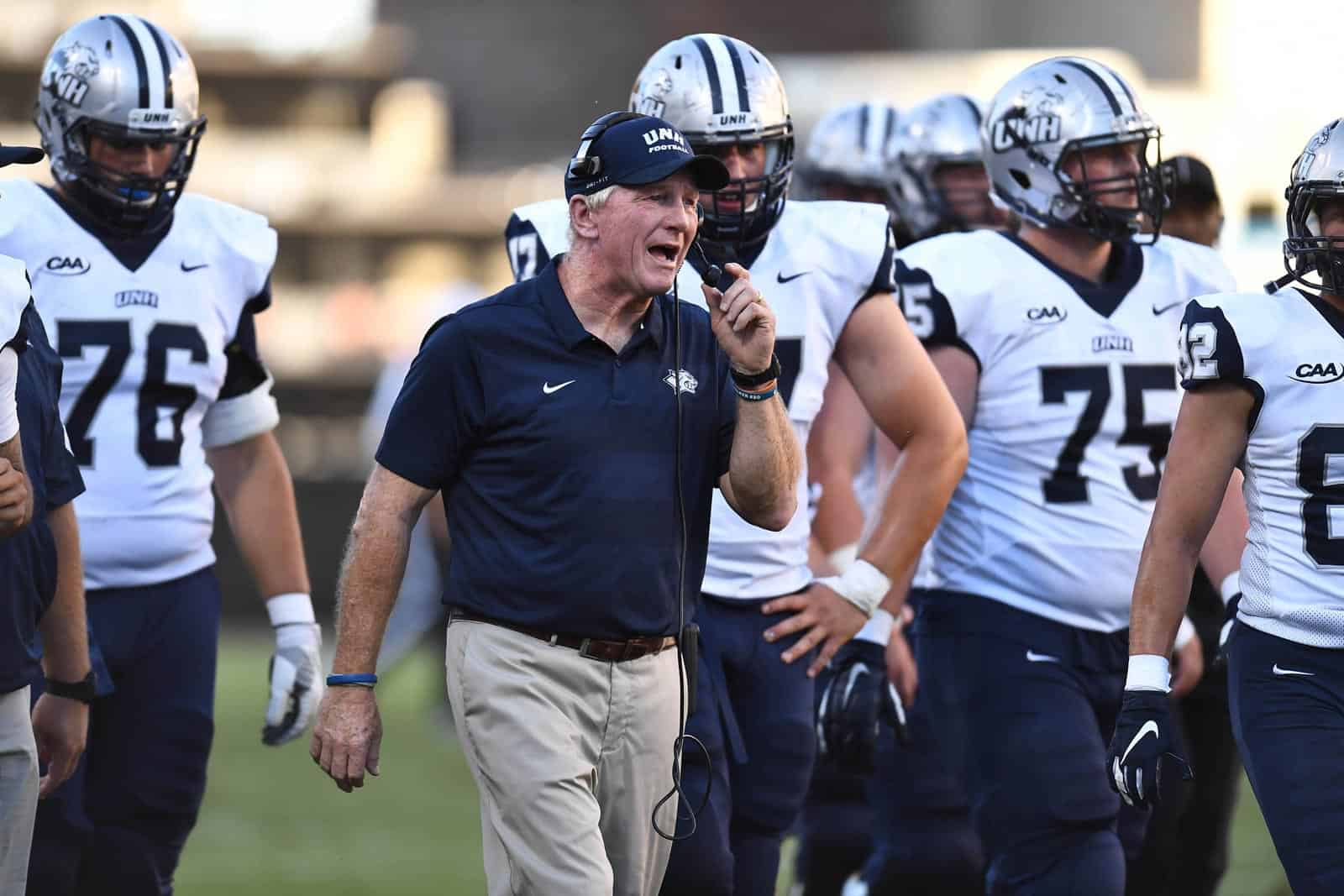 The Dartmouth Big Green and the New Hampshire Wildcats have scheduled a six-game football series, both schools announced on Thursday.

“As one of only two Division I schools in the state of New Hampshire, we feel it’s important to compete against Dartmouth College in all sports,” said UNH director of athletics Marty Scarano. “We are delighted to be able to come to an agreement on this long-term football series.”

The Dartmouth and New Hampshire rivalry, dubbed the “Granite Bowl” when the two teams meet, began in 1901 and has been played 39 times. Dartmouth is a member of the Ivy League, while New Hampshire competes in the Colonial Athletic Association (CAA).

New Hampshire currently leads the all-time series 19-18-2. In the most recent matchup in 2016, Dartmouth defeated New Hampshire 22-21 at home.

“It’s a great opportunity to play against Dartmouth and continue the tradition of the Granite Bowl,” UNH head coach Sean McDonnell said. “Having the state’s two Division I FCS teams go against each other is something that should always be done, and we’re excited to have the opportunity to play the Big Green again.”

New Hampshire finished the 2018 season 4-7 overall and 3-5 in league play. Dartmouth went 9-1 this season but finished one game behind Ivy League champion Princeton (10-0).

This will be a great in-state rivalry game to follow. New Hampshire’s scheduling has been really interesting to watch as they have come out West many times of late. I think fans want their school to battle fresh schools once in a while.
Too bad the Ivy won’t go to a 11 game schedule…..

Game is sort of an FCS equivalent to UCLA-USC or Florida State-Miami, with the public v. private aspect.