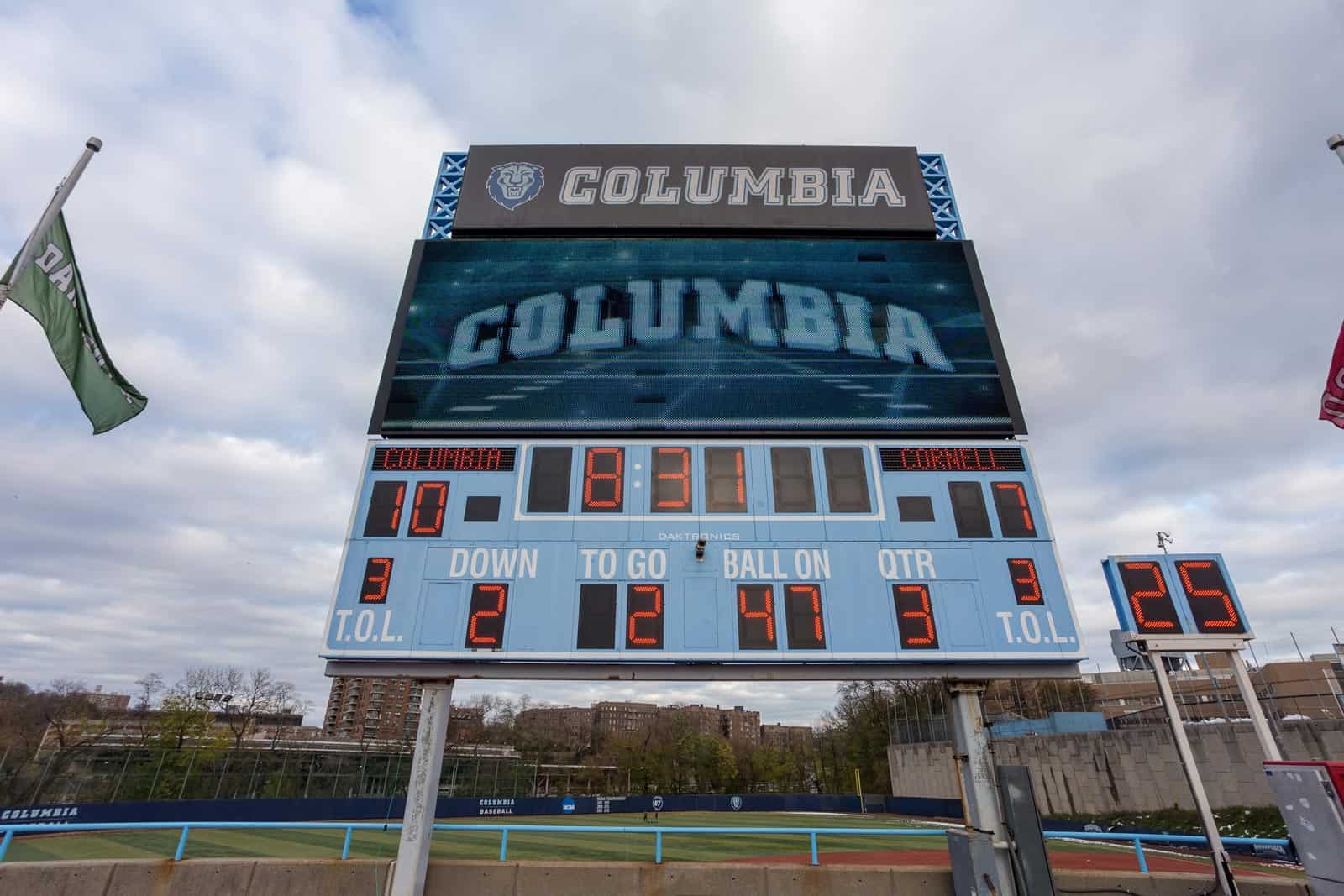 The Columbia Lions have announced their 2019 football schedule, which includes five home games and 10 contests overall.

Columbia will open the 2019 season on Saturday, Sept. 21 with a non-conference road contest at the Saint Francis (Pa.) Red Flash.

The following week on Sept. 28, Columbia opens their home slate at Robert K. Kraft Field at Lawrence A. Wien Stadium in Manhattan, New York, against the Georgetown Hoyas.

The Lions begin Ivy League play on the road against the Princeton Tigers on Oct. 5. Columbia then returns to Manhattan to host back-to-back home games, first against Central Connecticut on Oct. 12 for their final non-conference game of the season.

Columbia then hosts the Penn Quakers at Wien Stadium on Oct. 19 for Homecoming. Next, the Lions travel for consecutive road games at the Dartmouth Big Green on Oct. 26 and at the Yale Bulldogs on Nov. 2.

Back-to-back home contests are next for Columbia. The Harvard Crimson visit Manahattan on Nov. 9, and they are followed by the Brown Bears on Nov. 16.

Columbia wraps up their 2019 football schedule on Nov. 23 at the Cornell Big Red in their annual Empire State Bowl battle.

The Lions finished the 2018 season 6-4 overall and 3-4 in Ivy League action. Columbia has only one Ivy League championship, which they won back in 1961 and shared the title with Harvard.