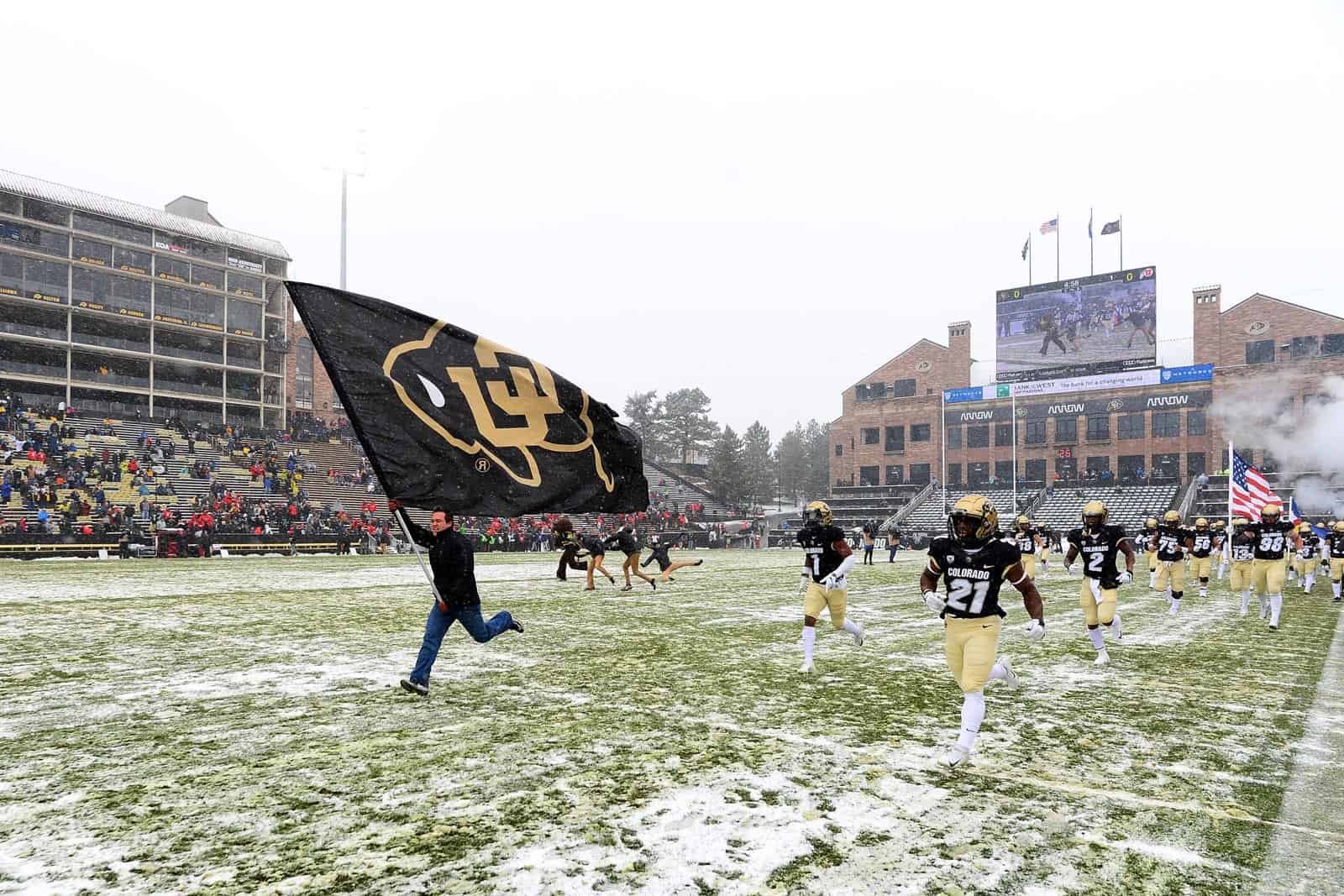 The Colorado Buffaloes have scheduled future home-and-home series with the Florida Gators and the Missouri Tigers, it was announced on Wednesday.

Colorado and Florida will kick off their home-and-home series at Ben Hill Griffin Stadium in Gainesville on Sept. 9, 2028. The Buffaloes will host the Gators the following season at Folsom Field in Boulder on Sept. 8, 2029.

The 2028 contest between Colorado and Florida will be their first-ever meeting on the gridiron, barring a post-season bowl matchup before then.

At present, the game at Colorado will mark Florida’s first non-conference road game outside the state of Florida since a 38-21 loss at Syracuse in 1991.

The Missouri Tigers will travel to take on Colorado in Boulder on Sept. 20, 2025 before the series shifts to Faurot Field in Columbia on Sept. 7, 2030.

Colorado and Missouri last met in 2010 when both schools were members of the Big 12 Conference. Mizzou won that game 26-0 and now leads the overall series 41-31-3.

Colorado also announced today a change to their 2021 football schedule. The Buffaloes were scheduled to open the season at home against UMass on Sept. 4, but that game has been postponed to Sept. 2, 2028.

Home contests against the Texas A&M Aggies on Sept. 11 and the Minnesota Golden Gophers on Sept. 18 round out Colorado’s non-conference schedule that season.

With today’s announcement, the Colorado Buffaloes have now finalized their non-conference football schedule through the 2028 season.

Wow. I never thought I would see the day Florida would play another non-conference road game outside their own state.

Good for them. Hopefully we will see more SEC teams doing this.

I am shocked the Gainesville Swamp Lizards have Scheduled this trip. Let’s hope 10 years from now they actually leave the state and play the game. What is the cancellation buyout?

SEC teams have already been doing this, please look at past, present & future schedules.

Georgia in the last few months has added Oklahoma and Texas to their schedule which already includes UCLA, Florida State, and Notre Dame.

Tennessee has Oklahoma, Nebraska and BYU.

Only Kentucky and South Carolina don’t have out of state Power 5 games scheduled at this time.

To claim the SEC doesn’t do this is absurd on this website of all places.

Florida is actually scheduled to play outside the state? I wonder if they know that Colorado is within the United States.
Of all the FBS schools playing football,U of Felony is the one I respect the least. They have defined what Scheduling Easy Cupcakes is all about.

My comment was geared toward Alabama. I should have been more clear about that.

Going back to 2008 they have only played at Penn State, unless you count all the neutral site games in Atlanta, Arlington and Orlando.

As for future home and homes against Texas, West Virginia and Oklahoma. It’s about time they are scheduling games like this.

So basically what your saying is that Alabama has been scheduling big teams & great competition over the years. So why even bother making such false comment. SEC & Alabama does not need anyone’s help on scheduling, they are doing just fine.

Florida hasn’t played a non-conference road game since 1991 or something at Syracuse.

Florida, though, is a bit of a novelty in the sense that not a lot of schools share their state with TWO Power 5 level non-conference teams. And every other year, Florida travels to play one of those two.

Texas A&M would be another that has at least two Power 5 non conference teams in state, but I am struggling to think of anyone else.

Still, they could do better, but we have to recognize the uniqueness of their situation. Forever teams have played their conference schedule, which for most was 8 games until recently, and at least one Power 5 out of conference opponent. Florida simply didn’t have to leave the state to do that. Now, though, playing ten Power 5 opponents is becoming more and more normal, so we’ll see how they adjust in the future.