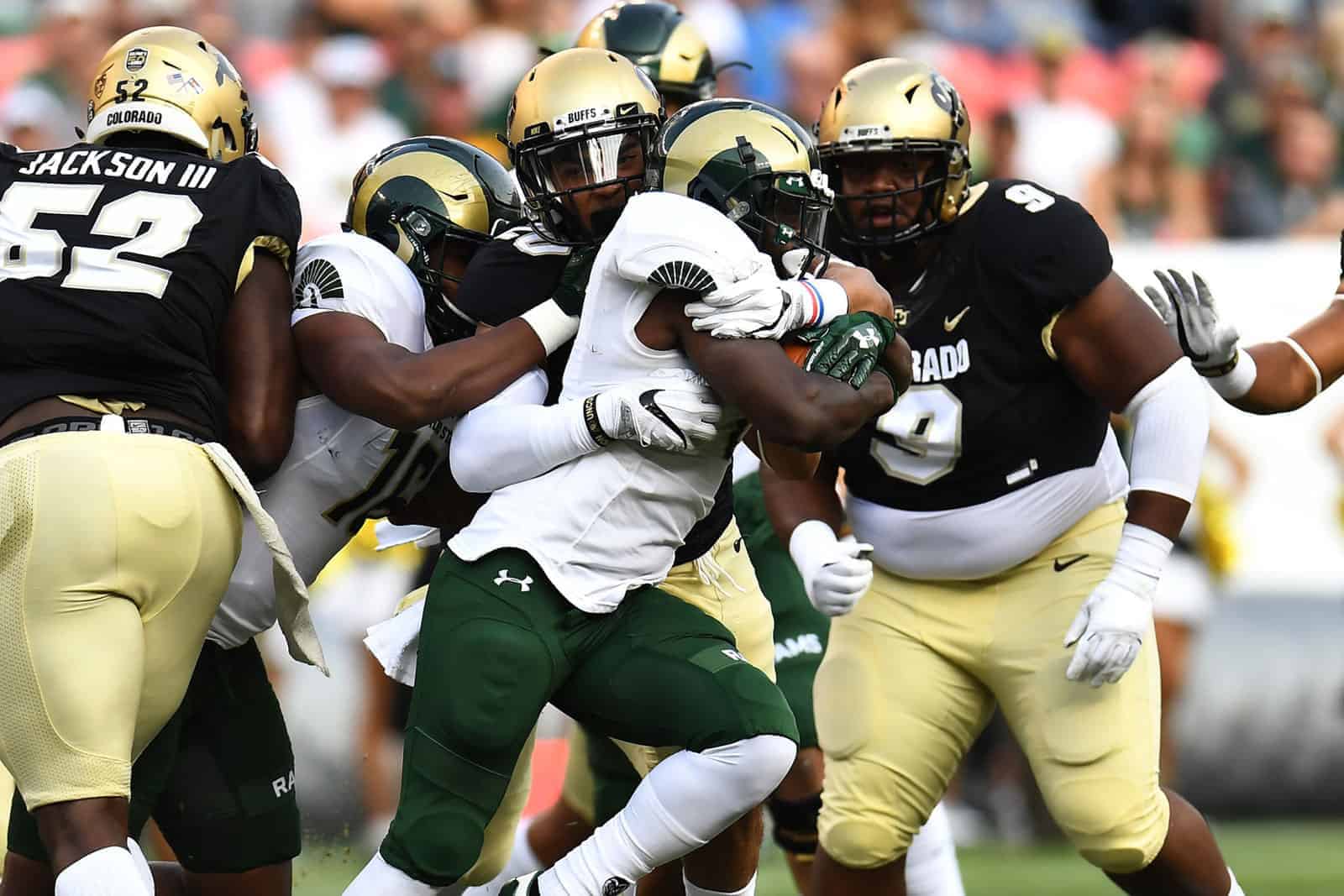 The Colorado Buffaloes and the Colorado State Rams have scheduled a home-and-home football series for 2023 and 2024, The Denver Post has reported.

Colorado will host the first game of the series at Folsom Field in Boulder in 2023. The series will then shift to Canvas Stadium in Fort Collins in 2024.

Dubbed the “Rocky Mountain Showdown,” the Colorado-Colorado State series kicked off in 1893 has been played 87 times. Colorado has won three-straight in the series and leads 65-22-2.

The Rocky Mountain Showdown was played in Boulder and Fort Collins exclusively until it was moved to Denver in 1998. The game has been played there 17 times since with three games in Boulder sandwiched in between.

This seasons matchup is scheduled for Friday, Aug. 31 at Broncos Stadium at Mile High. In 2019, the rivalry game is also slated for Denver and is currently set for Saturday, Aug. 31.

The Rocky Mountain Showdown will then shift to Canvas Stadium in Fort Collins on Sept. 5, 2020 before the series takes a two-year hiatus.

After the 2023-24 series, the two schools have no games scheduled.

“(Colorado AD) Rick (George) and I haven’t talked anything beyond that, although if you look at our schedule in ’25 and ’26, we’ve already got Vanderbilt and Texas Tech,” CSU athletic director Joe Parker said. “We could maybe play (CU) then if we wanted to go with three Power 5 opponents in a single year. I’ve looked at it as probably 2027, ’28 being the next time we could get them on the schedule.”

Per a copy of the contract obtained from the University of Colorado via a state open records request, we can now report the dates of the games in 2023 and 2024.

The Pac12 seems to have a problem with this unless it’s Notre Dame. I agree with you, it would be preferable to the forced rivalry between Colorado & Utah that weekend. Let Utah & BYU play the Holy War at that time as well!

That’s a relief. I wasn’t sure what that rivalry’s future held. I hate seeing good rivalries go away.