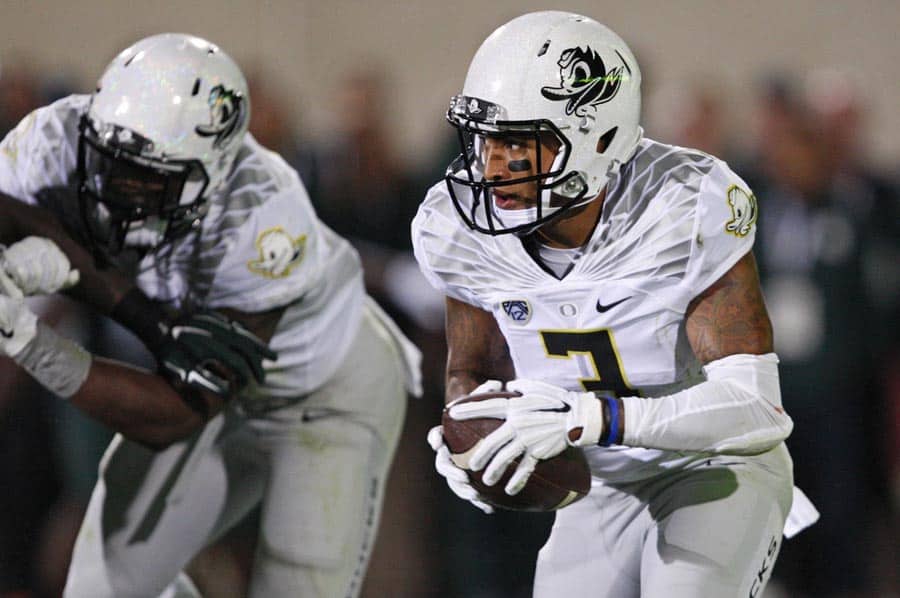 Every Monday, the five power conferences announce their football TV schedule for the weekend after next. Announcements are also made by the American, C-USA, MAC and others. Today, selections were announced for the weekend of Sept. 26, 2015.

Several games have been held under a six-day option, which means the kickoff time and TV will not be announced until Sunday, Sept. 20.

The remainder of times and TV for the weekend of Sept. 26 are listed on our main College Football Schedule.

Note: This post will be updated as selections are announced.
*Will be announced no later than Sunday, Sept. 20.

Been hearing rumors that ESPN is going to show a D3 game (St. John’s) on September 26.

Utah-Oregon is at 8:30 ET, but no TV slot has been filled yet

GameDay will be in Tucson this week for the ABC primetime contest between UCLA & Arizona at 5P!,; Utah @ Oregon is set for 5:30 PM on FOX right after TCU @ TTech, with USC @ ASU snagging the 7:30 PM times!kt on ESPN.

Great lineup all the way around.

Sir,
Me and my Family Have Tickets to the October 10,15 Homecoming Game Arkansas VS
Alabama what is the Game time Announced for Homecoming Week so we can make Plans
on what Time of Day to Arrive in Tuscaloosa.
Thanks,
Robbie Adams