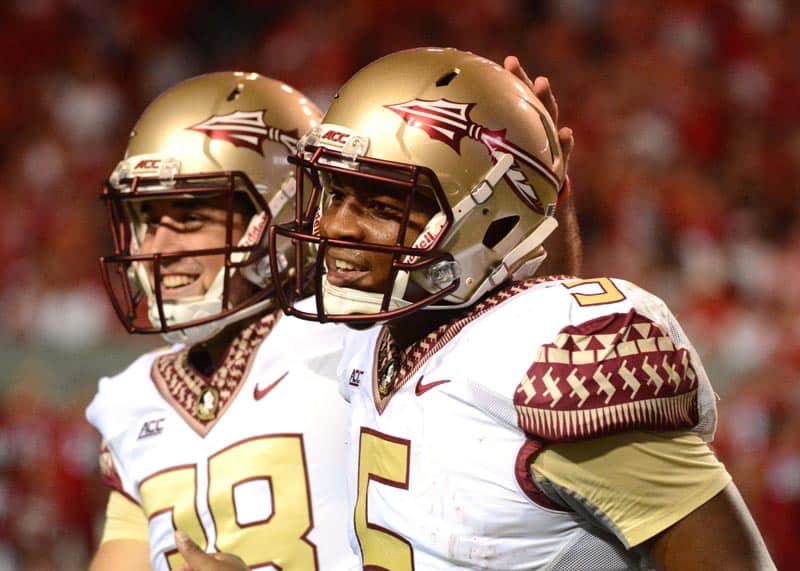 Every Monday, the five power conferences announce their football TV schedule for the weekend after next. Announcements are also made by the American, C-USA, MAC and others. Today, selections were announced for the weekend of Oct. 18, 2014.

BYU also announced today that their Oct. 18 game vs. Nevada will be televised by ESPN2 at 10:15pm ET.

The remainder of times and TV for the weekend of Oct. 18 are listed on each team’s 2014 football schedule.

I don’t understand why SEC would not put a quality game at the noon timeslot. Little competiton and it gives a game a little more attention. Swap South Carolina’s game with Georgia/Arkansas and its good games all day long.

I absolutely agree. GameDay ends and it feels like all the 12pm games are duds. We usually get 3-4 games that are terrible options where I am.

That said, I understand that being a fan that used to love going to games….the 12pm slot is significantly less preferred.

Does anyone know that the 8 PM ET game on ESPN News is?
On the ESPN TV schedule, it’s listed as “Primetime Football”, but it doesn’t say which game it is.
I couldn’t find an 8 PM ESPNN game looking through each game that week.