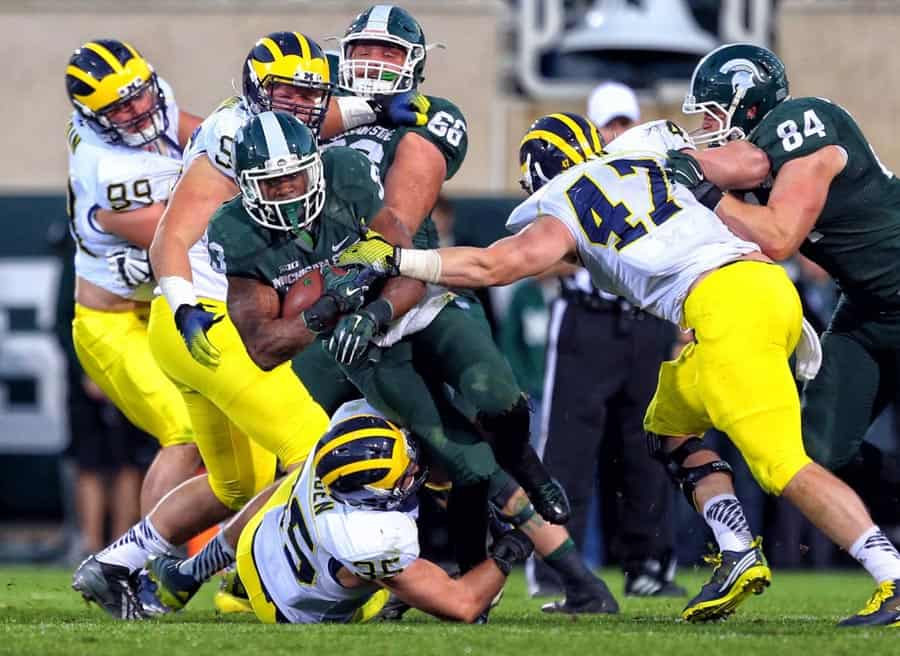 Every Monday, the five power conferences announce their football TV schedule for the weekend after next. Announcements are also made by the American, Sun Belt and others. Today, selections were announced for the weekend of Oct. 17, 2015.

Several games have been held under a six-day option, which means the kickoff time and/or TV will not be announced until Sunday, Oct. 11.

The remainder of times and TV for the weekend of Oct. 17 are listed on our main College Football Schedule.

ESPN says that the 1-4:30 PT ESPN News slot is to air a game. Indications would say it’s supposed to be Nevada at Wyoming, but sources say that game is on ESPN3.
Has ESPN just not updated their tv listings schedule yet?

This is going to be a very good weekend for football. Who knew that Iowa vs Northwestern would be a game to watch.

Who cares about Nevada vs Wyoming except the mothers of the players?