College Football Teams Playing the Most Winning Opponents in 2014 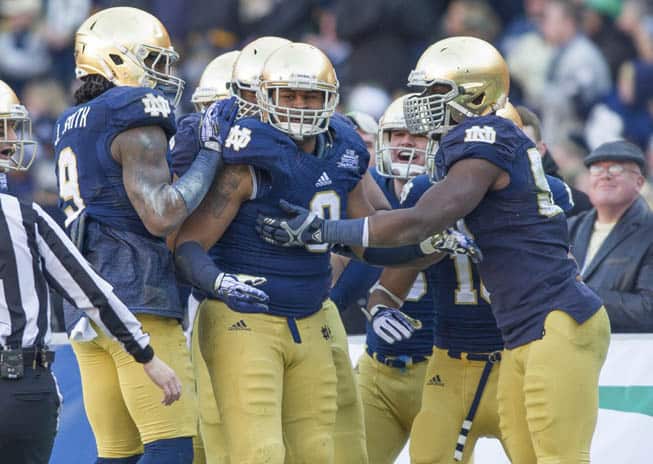 Though teams can control certain aspects of their schedules, they can’t control how well an opponent played last season.

Programs which draw a higher percentage of winning teams from the previous season hold a double-edged sword. On one hand they have a more difficult road to bowl eligibility or a title than their counterparts, while on the flip side they have the upper hand in the ongoing argument of strength of schedule.

Following are the nine programs which play the most winning FBS opponents from a year ago. It’s a hidden scheduling twist that makes one team’s 8-4 finish way different than another’s 8-4 campaign.

The Tar Heels will only face two opponents this season that didn’t manage to break the .500 mark a year ago, Virginia (2-10) and NC State (3-9). Their other nine FBS foes combined for a 79-38 (68%) record in 2013. Throwing out its game with FCS Liberty, North Carolina will play 82% of its games this season against winning teams.

The Utes’ bid for their first winning season since 2011 will be made more difficult by facing nine winning teams from last season. The only losing squads on Utah’s schedule are Washington State (6-7) and Colorado (4-8). The other FBS teams combined for 85-35 (71%) record last season.

Another team looking to improve in 2014, Tennessee’s only losing foes this season are Florida (4-8) and Kentucky (2-10). To put this into perspective, the Vols have only dropped one game—in 29 tries—to the Wildcats since 1985, but haven’t knocked off the Gators since 2004. The balance of Tennessee’s nine FBS opponents combined for an 87-32 (73%) record last season.

Though lots can be said about the freedom Notre Dame has as an independent scheduler, what can’t be denied is its propensity to book quality opponents. The Irish actually have two losing teams from last season on this year’s slate—Purdue (1-11) and Northwestern (5-7)—but since they don’t schedule FCS opponents they still play 10 winning FBS teams this season. Those 10 foes combined for a 97-38 (72%) record in 2013. Included in the roll call are Stanford (11-3), Florida State (14-0), Arizona State (10-4), Louisville (12-1) and USC (10-4).

Well, no one can argue this year that Notre Dame’s schedule strength will be weak like it was the year they were in the NC game vs. Alabama.

“Though teams can control certain aspects of their schedules, they can’t control how well an opponent played last season.”

Try again after you pass Reading Comp. Any schedule that has Okl., USC, Stanford, Miami, Mich. State and Michigan would be considered daunting at the beginning of any season….As compared to……LSU, Auburn and oh, yeah, no one else that finished above 8-4 in the regular season in addition to Western Carolina, So. Miss and Florida Atlantic…….Douche bag….

When it comes to Notre Dame there will ALWAYS be someone arguing that they play a “weak” schedule. That is because when Notre Dame is involved many people tend to let blind hatred overwhelm their capacity for rational thought.

Really Jamie?! I think that it is pretty much the ND fans that are hateful arrogant people.

I went to my first Notre Dame game a couple of years ago and I loved it. I would encourage anyone to go. If his health allows it, I will take with my Godfather to see his first Notre Dame game this season. I saw them play the year they made it to the national championship. They played Brigham Young and in the middle of the 3rd quarter, the man next to me said “I have never understood the hatred towards these two teams.” An older man directly behind us quipped “Me neither, both win tons of games, have their own TV networks and refuse to play in a conference. Hell, What’s not to like?”
I would encourage anyone to go, their fans are witty, kind and a real hoot.
Bill

OT… looking forward to 2015 schedule, are the games below a possibility?:

Possible but not likely

Say what you want about Notre Dame but 10 of their opponents are in P5 conferences and the other 2 are decent programs especially Navy. It’s going to be a tough season for them.

I’m not saying this is not worthwhile information, I just want to point out the flip side of the coin. While playing tougher teams does make it tougher to become bowl eligible, teams who are included as a tough opponent for this list, may or may not have played a tough schedule to become a “winning team”.