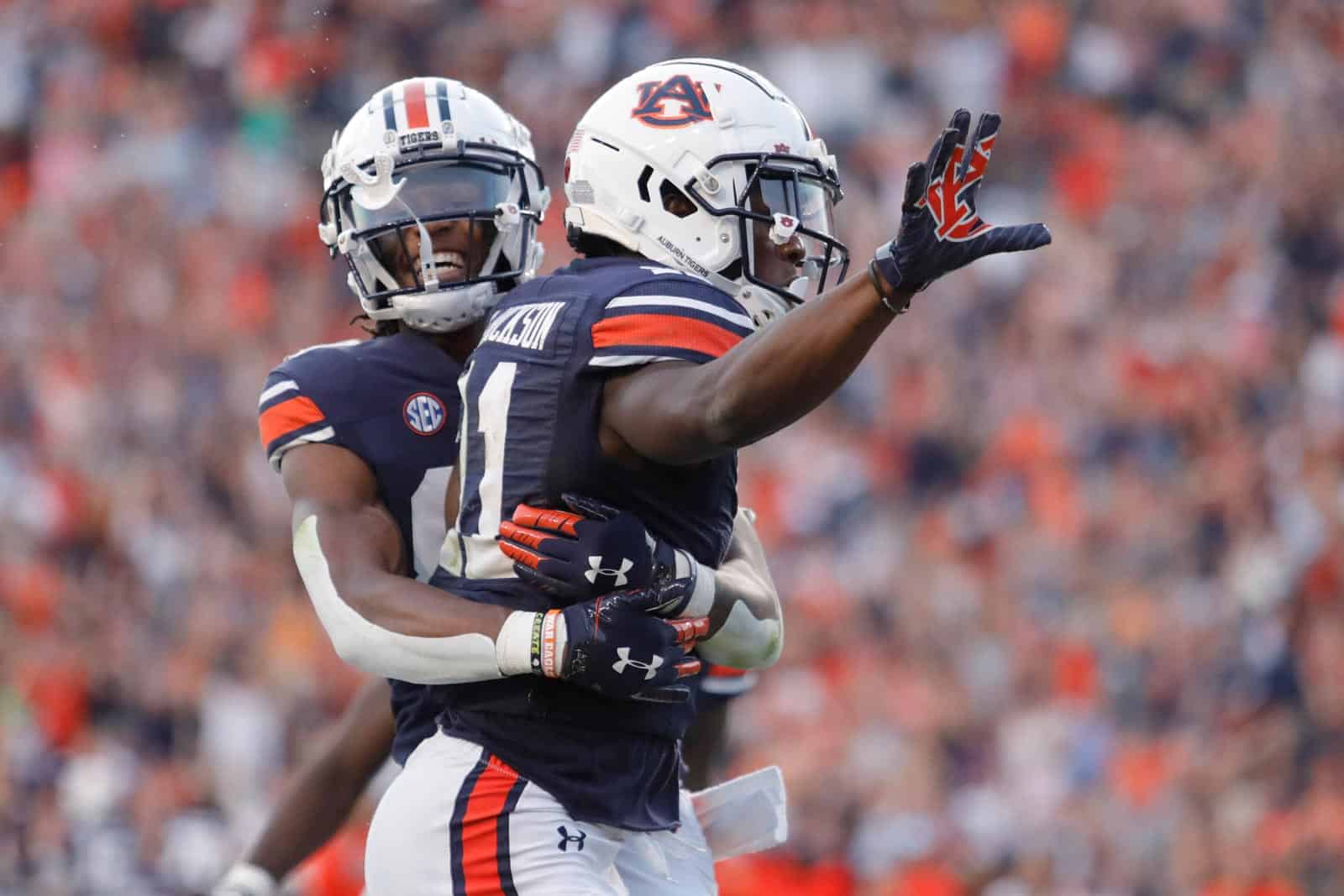 Phil Steele has published his 2022 college football strength of schedule rankings. The Auburn Tigers have the toughest schedule in 2022, while the FIU Panthers have the easiest, per Steele.

Steele arrives at his preseason toughest schedule ratings by combining his “9 sets of Power Ratings” with the amount of home and away games. This differs from the Win/Loss method, which is strictly based on the opponent winning percentage from the previous year.

1. Auburn (2021 SOS rank: 2nd) – Auburn has the toughest schedule in the country in 2022 due to playing in the SEC West and having No. 3 Georgia as a permanent rival. Among the other tough conference games for the Tigers in 2022 include No. 19 Arkansas and No. 6 Texas A&M at home and No. 21 Ole Miss and No. 1 Alabama on the road. Oh, there’s also a non-conference home game against Penn State.

2. Mississippi State (2021 SOS rank: 25th) – The Bulldogs open the 2022 season at home against Memphis before traveling to play consecutive road games at Arizona and LSU, the latter of which is their SEC opener. Like Auburn, Mississippi State plays the gauntlet of SEC West teams and draws No. 3 Georgia at home this season.

3. Georgia Tech (2021 SOS rank: 3rd) – Georgia Tech, which has been struggling to gain traction under head coach Geoff Collins, draws a tough non-conference slate this season which includes No. 21 Ole Miss at home and No. 3 Georgia and UCF on the road. Georgia Tech opens the season with an ACC contest against No. 4 Clemson at Mercedes-Benz Stadium on Labor Day and later travels to No. 17 Pitt before hosting No. 16 Miami.

4. Arkansas (2021 SOS rank: 1st) – The Razorbacks are the third SEC West school in Steele’s top five toughest schedules. Arkansas faces a tough slate of division foes and adds in a non-conference game at home game against No. 23 Cincinnati to open the season and a road tilt at No. 25 BYU in Week 7.

5. Vanderbilt (2021 SOS rank: 68th) – Vandy makes it four SEC schools in Steele’s top five. The Commodores, who opened the season with a 63-10 win at Hawaii, face Elon on Saturday before a tough test against No. 22 Wake Forest at home the following week. In SEC action, Vandy draws No. 1 Alabama on the road this season. The Commodores will then host No. 21 Ole Miss and travel to No. 3 Georgia in consecutive weeks before later playing at No. 20 Kentucky.

6. LSU (2021 SOS rank: 16th) – The Tigers face a test under new head coach Brian Kelly in their first game of the season when they take on Florida State at Caesars Superdome in New Orleans, La. The remaining non-conference schedule isn’t much, but the SEC West gauntlet pops up again as the Tigers will face four ranked teams towards the end of the season.

8. Indiana (2021 SOS rank: 39th) – Indiana opens their 2022 campaign on Friday with a Big Ten home game against Illinois. Other Big Ten tests include No. 8 Michigan and Penn State at home and back-to-back road games at No. 2 Ohio State and No. 15 Michigan State. Their non-conference features a road tilt at No. 23 Cincinnati in Week 4.

9. Louisville (2021 SOS rank: 54th) – Louisville opens their season with a conference game at Syracuse. Home games against Florida State, No. 17 Pitt, No. 22 Wake Forest, and No. 13 NC State are featured, as well as a road game at No. 4 Clemson. Non-conference action includes UCF and No. 20 Kentucky, both on the road.

10. Rutgers (2021 SOS rank: 35th) – The Scarlet Knights kickoff their season with three consecutive non-conference games, beginning at Boston College. Among the opponents in Big Ten play are Iowa, No. 8 Michigan, and Penn State at home and No. 2 Ohio State and No. 15 Michigan State on the road.

The rest of Phil Steele’s toughest schedule rankings for 2022 are listed below:

WHY does Steele have Rutgers down at #10 despite playing Ohio State, Michigan, Michigan State, Penn State, Iowa, Minnesota, Indiana, and Maryland… apparently he’s biased toward the SECupcakes…

the only strength of schedule analysis I have ever seen that is actually accurate and consistent.