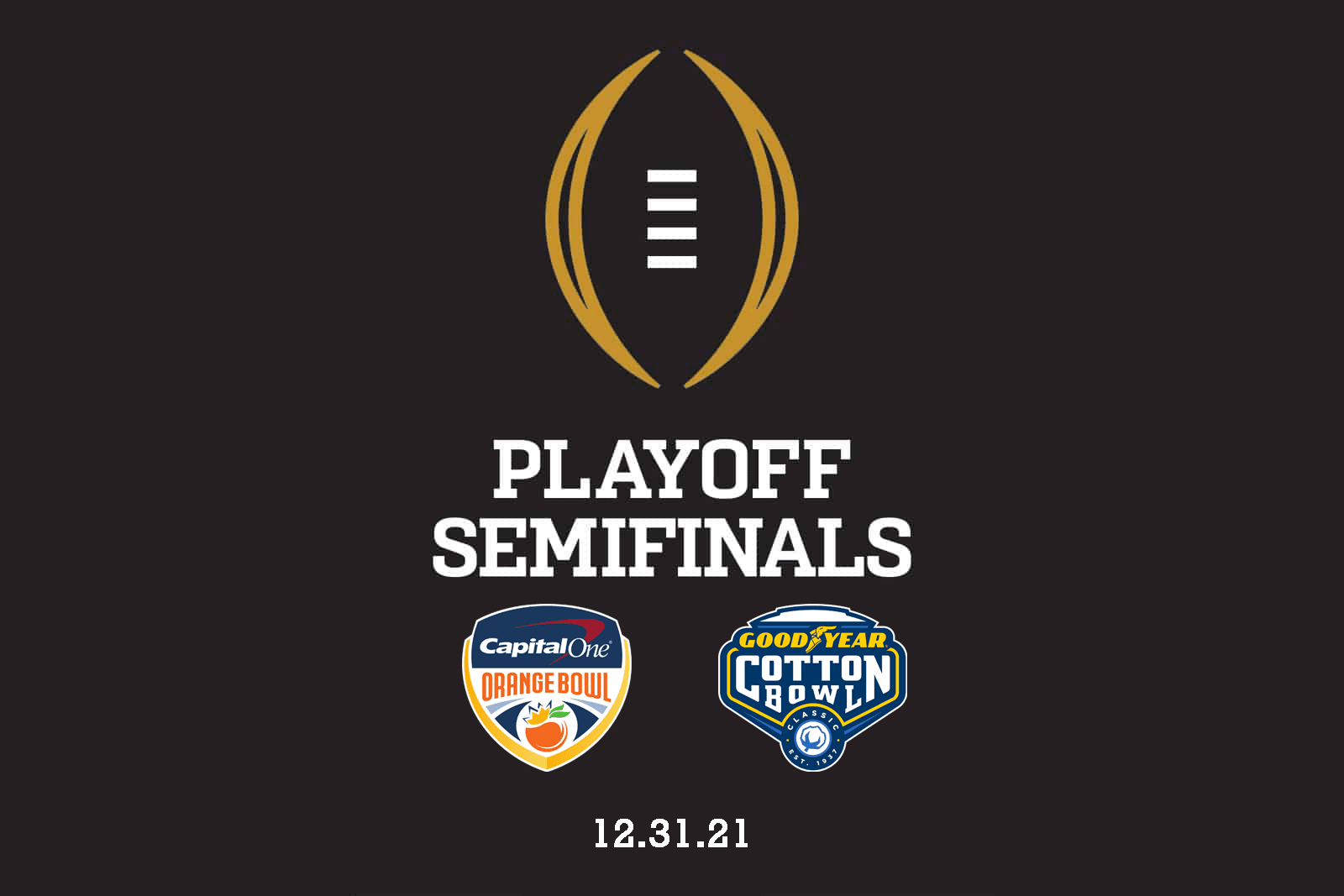 The College Football Playoff 2021 semifinal pairings have been announced. The Alabama Crimson Tide, the top-ranked team, will play the No. 4 Cincinnati Bearcats in the Goodyear Cotton Bowl Classic at AT&T Stadium in Arlington, Texas.

The Michigan Wolverines, the No. 2 team, will play the No. 3 Georgia Bulldogs in the Capital One Orange Bowl at Hard Rock Stadium in Miami Gardens, Fla. Both College Football Playoff semifinal games will be played on New Year’s Eve, Friday, December 31, 2021. The Cotton Bowl Classic will begin first at 3:30pm ET followed by the Orange Bowl at 7:30pm ET, both on ESPN.

The remaining college football bowl games will be announced throughout the day and finalized by Sunday evening.