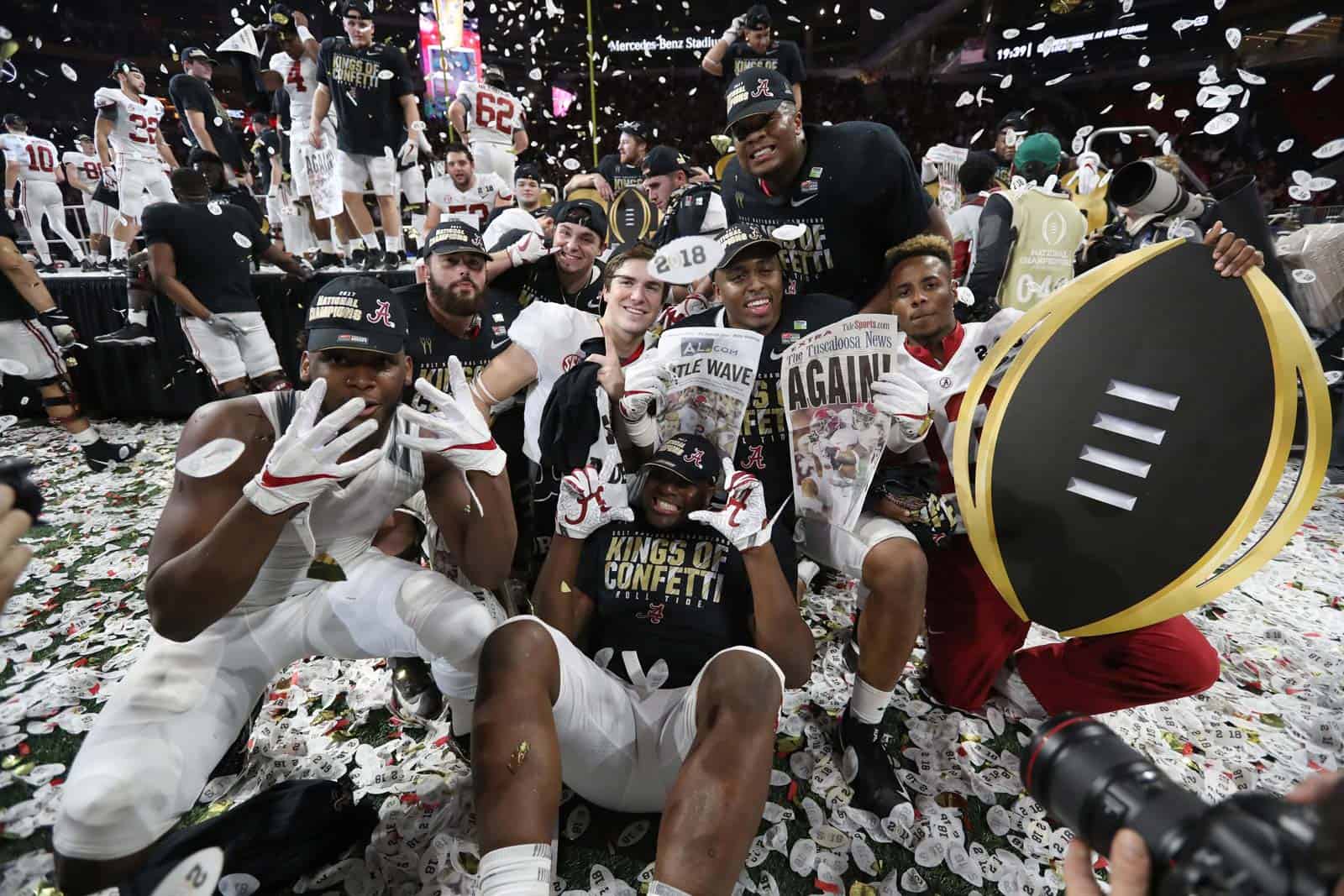 The college football bowl games for 2018-19 will be announced today, including the College Football Playoff and New Year’s Six games.

Below we will live blog the bowl games and pairings as they are announced. For the complete list of games with date, time, and TV, check out our College Football Bowl Schedule.

4:45pm ET:  It appears as though we’re all set on the bowl announcements.  Maybe we’ll have some better TV to unveil the games next year.

Thanks for following along, everyone! Enjoy bowl season!

Thanks for tagging along with us on the ROWd to the Bowl #Gophers! See you in Detroit on Dec. 26 for the @quicklanebowl against Georgia Tech. #SkiUMah #RTB

4:39pm ET:  Duke will face Temple in the Independence Bowl.

4:37pm ET:  As we wind down here, Whit Babcock faces his former employer:

4:23pm ET:  Auburn will be Purdue’s opponent in the Music City Bowl.

4:17pm ET:  Our good buddy Josh White reports that Miami is headed for the Pinstripe Bowl.

4:15pm ET:  Cal and TCU for all the delicious, delicious snack crackers.

? We're headed to the @CheezItBowl! ?

4:08pm ET:  Georgia Southern heads to the best bowl probably not named for an obscure Hall and Oates song:

Lets show the other Eagles how it’s done! Buy through GS. Take over Montgomery. Go crazy on the 15th!#GATABowl #EagleNation #GATA pic.twitter.com/Rrf2BTMgAN

4:04pm ET:  More of the bowl-eligible teams not headed to bowls:

Best I can tell, no bowl game for Southern Miss, Miami (OH), Wyoming and ULM.

3:57pm ET:  The first casualty of having more eligible teams than bowl berths is upon us:

Southern Miss will not receive a bowl bid this year.

The Golden Eagles finish the season 6-5.

Pack your bags, we're headed to South Florida for the @BocaBowl ? ?

3:40pm ET:  Purdue heads to the Music City Bowl, with USF to the Gasparilla Bowl.

Athens ➡️ Frisco@OhioFootball is headed to the @FriscoBowlGame & will take on San Diego State on Dec. 19! #BleedGreen #MACtion pic.twitter.com/9KgEA1OdqU

We also have a finalized New Orleans Bowl:

1:40pm ET:  The next trickle (I guess people are either asleep from watching the ESPN show, or are watching the NFL):  North Texas goes to the New Mexico Bowl, per Brett McMurphy/Stadium.

How sweet is this? pic.twitter.com/j8UGdoBt0U

With @CFBPlayoff field released, on to the other bowls: Tulane will play Louisiana in @CureBowl, sources told @WatchStadium

12:35pm ET:  Finally, after watching a half-hour plus of this stuff, we have our rankings:

Noon(ish) ET:  Good afternoon, citizens! We know very little thus far, but we do know this much:

Come back at the bottom of the hour and follow along as we piece together this convoluted, 78-team puzzle!

Liberty was supposed to have an automatic bid to the Cure Bowl if eligible. They finished 6-6, so it should be them.

No, Liberty is a backup if one of the other conferences couldn’t fill the spot.

Ah, my mistake! Not a Liberty fan, but excited for that team in their first year in FBS.