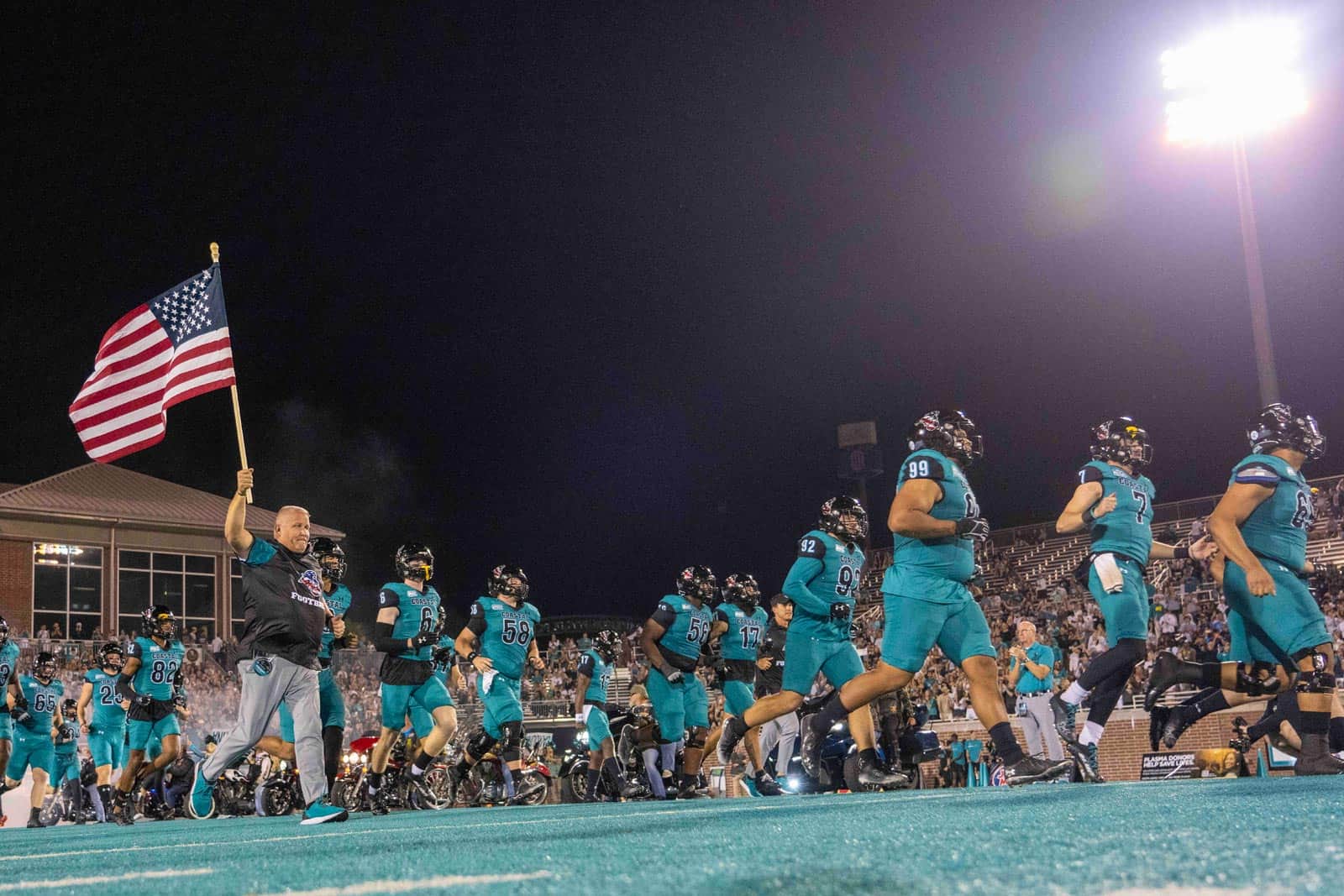 The Coastal Carolina Chanticleers and the Liberty Flames have made some adjustments to their future football series, according to Coastal Carolina’s official athletics website.

The 2023 Coastal Carolina-Liberty matchup was confirmed to be dropped when the Flames officially announced their non-conference schedule back in July.

Per Coastal Carolina’s website, the 2024 contest with Liberty has been rescheduled and will now be played on Sept. 28, 2030. Additionally, the game will now be a home contest for the Chanticleers at Brooks Stadium in Conway. Games in 2027, 2028, and 2029 remain as scheduled.

Below is a look at the four future football games scheduled between Coastal Carolina and Liberty:

The change in the series is a result of Liberty joining Conference USA beginning with the 2023 season. Liberty has had to cancel several of their future non-conference opponents while rescheduling others.

Coastal Carolina and Liberty first met on the gridiron in 2003 and have played a total of 15 contests. Liberty won the most recent matchup in the 2020 FBC Mortgage Cure Bowl, 37-34, and now leads the overall series by one game, 8-7.