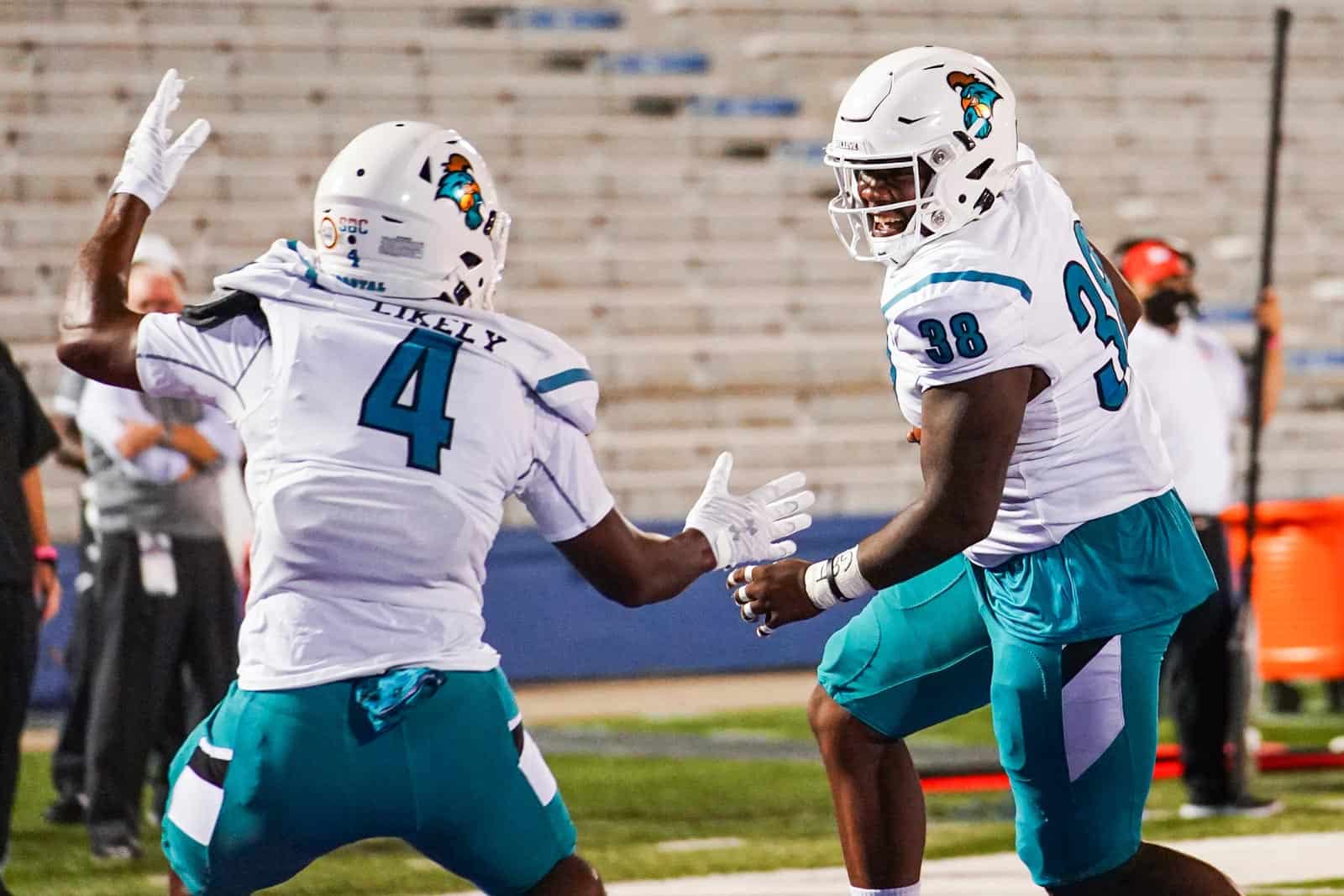 The Coastal Carolina Chanticleers and the Liberty Flames have added three games to their future football series, it was announced on Wednesday.

Liberty and Coastal Carolina are scheduled to meet this season on Saturday, Dec. 5 at Brooks Stadium in Conway, S.C. The contest was added last month after both teams had games canceled due to the novel coronavirus 2019 (COVID-19) pandemic.

The two schools also have a previously announced home-and-home series scheduled for Sept. 9, 2023 in Conway and on Aug. 31, 2024 at Williams Stadium in Lynchburg, Va. The series was scheduled back in January 2018.

Today, Liberty and Coastal Carolina announced the addition of three more games to their series. The two schools will meet in Conway on Sept. 18, 2027, and in Lynchburg on Oct. 14, 2028 and then again the following season on Sept. 29, 2029.

Liberty and Coastal Carolina are former rivals from the Big South Conference in the Football Championship Subdivision (FCS). The two schools have squared off 14 times with the series all tied up at seven games apiece.

“We are pleased to extend our series and rivalry with Liberty throughout the next decade,” Coastal Carolina director of athletics Matt Hogue. “Both our institutions have elevated their respective programs on the national level and we look forward to officially rekindling the game this December.”