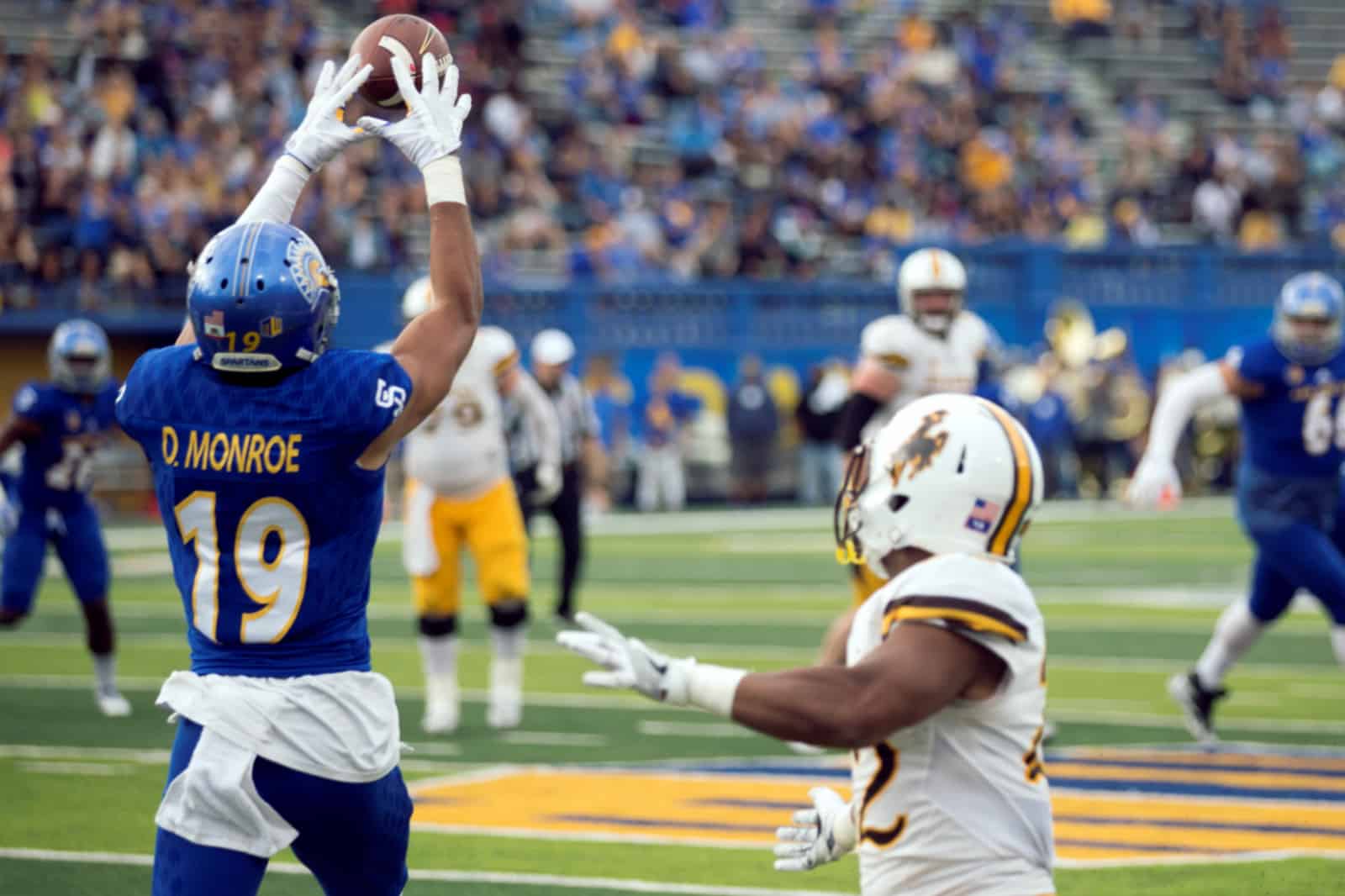 There’s nothing quite like a bye week to heal the body and mind.

As players and coaches need those weeks, so too does your humble correspondent. I’m back, though, and ready to dive into another week’s serving of what we call around here Clear Your Schedule.

For those of you who are familiar with this feature, there’s one special week each year in which we partake. We’ve called it a number of things, with names like “Whammy Week” and “The Good, The Bad, and The Ugly”.

This year, since we’re so close to Halloween, let us first share the wise words of our good friend, Randy Capps:

Since Halloween is dumb, we might as well celebrate a dumb holiday with our Tricks or Tricks Week! We’ll take a look this week at six — how to say this — lesser games. As usual, we’ll do three on the podcast and three here in the article, so be sure to listen (via the handy play button just below you) to make sure you’re not missing anything. We’ll also ask (and answer) our trivia question on the podcast, as usual.

Spooooooooooky Games (all times Eastern and…never mind the rankings, you won’t need them)

All cap(italization)s?:  That passing yardage allowed strength from CMU interestingly aligns with one of Eastern Michigan’s offensive strengths. The Eagles rank 45th in the land in passing, throwing for just over 251 yards per game. Senior quarterback Tyler Wegers has performed quite well in the last two games against Ball State and Army, connecting on 41-of-57 throws for 458 yards and five scores without a pick. Those two performances follow up two less-successful outings, though, in which he threw for just 134 combined yards against Western Michigan and Toledo.

Back that thing up:  Neither side is particularly adept at avoiding penalties. In fact, Central and Michigan are both averaging well over 70 penalty yards per game. The Chips are 109th among FBS teams at 71.7 yards per game, while the Eagles are 117th at 74.8 per tilt. In a game where neither team excels in a number of categories, a key penalty here or there could make a difference.

Print that, tweet that, whatever:  Three of the Eagles’ five losses came by a combined nine points, including affairs of one and three overtimes. That experience should propel EMU to a win.

Keep it rolling:  Both teams enter this one with modest one-game win streaks. The Spartans clipped UNLV last week, 50-37, while Wyoming knocked off Colorado State, 34-21. SJSU’s win was just the third in 21 games with Brent Brennan as its head coach, though the result did give Brennan’s club sole possession of fifth place in the West Division, ahead of the Rebels. Wyoming’s Border War victory brought to a close a four-game skid, in which the Cowboys were outscored by a combined 102-46 margin. One interesting note:  Of Brennan’s two other victories at the helm of the Spartans, one of them came against the Cowboys, a 20-17 result last season.

Good times:  The Spartans will have a true battle on their hands in containing dominant senior running back Nico Evans. The do-everything Wyoming star outpaces the second-place rusher in the Mountain West by nearly 50 yards per game, tallying nearly 140 yards a tilt. This staggering total is made even more so by the fact that Evans missed two games earlier in the season. Evans has been held below 133 yards just twice this year, in matchups against ranked teams Washington State (89) and Fresno State (58). SJSU’s rush defense ranks 10th among MWC clubs, surrendering almost 184 yards a game.

That’s called a winning streak:  In a stat that seems almost incomprehensible, San Jose State’s sports information department points out that the Spartans are going for an achievement they have not unlocked in four years. That achievement? Winning back-to-back games. To wit:

Print that, tweet that, whatever:  Sorry, Spartans. Your win streaks — both this year and the three in a row against the Cowboys — will likely go by the wayside in Laramie.

Cats don’t like car rides:  The Bobcats are, like most felines, averse to travel. Texas State is 0-4 away from San Marcos this season, with two of those losses coming in Sun Belt play. All of those losses have come by 10 points or fewer, however, save for a 35-7 season-opening defeat at Rutgers. That winless string on the road actually extends to six games, with Texas State having lost at Arkansas State and Troy last season following a 27-7 win at Coastal Carolina. The victory in Conway last year was just the second road win in Everett Withers’ two-plus seasons as Texas State’s head man; the other was a 56-54, three-overtime decision at Ohio in the very first game he coached.

A pair of threes:  Georgia State quarterback Dan Ellington has been quite productive for the Panthers this season, throwing for just over 213 yards per game. That puts Ellington in third place — and not by much — among Sun Belt passers. The junior and first-year starter has thrown for 231 yards or greater in four of his last five games, and he enjoys a 61 percent completion percentage and nearly 155 passer rating against conference foes. Conversely, Texas State has the third-best pass defense in the league, allowing just over 199 passing yards per game and yielding the third-best passer rating against (just shy of 116). Conference teams have hit the paint just three times through the air against the Bobcats in four league games, with an equal number of tossed interceptions.

Penny is a dime:  Receiver Penny Hart will present the biggest obstacle — not literally, maybe, but figuratively, as Hart is 5-foot-8 — to a Bobcat victory. The junior ranks just inside the top 70 nationally in a number of receiving categories, including yards per game. Among active receivers at the FBS level, though, that ranking shoots all the way to the top of the charts (over 81 yards per game). Hart is also a top-five career receiver in career receiving yards, receptions per game and overall receptions, among active receivers. The junior’s 2,852 career receiving yards are good enough for fourth-best among all-time Sun Belt pass catchers, leaving him 276 yards shy of taking third.

Print that, tweet that, whatever:  Look for the Bobcats’ road woes to continue. Despite its struggles this year, Georgia State is just a year removed from a Cure Bowl victory and seven-win season.