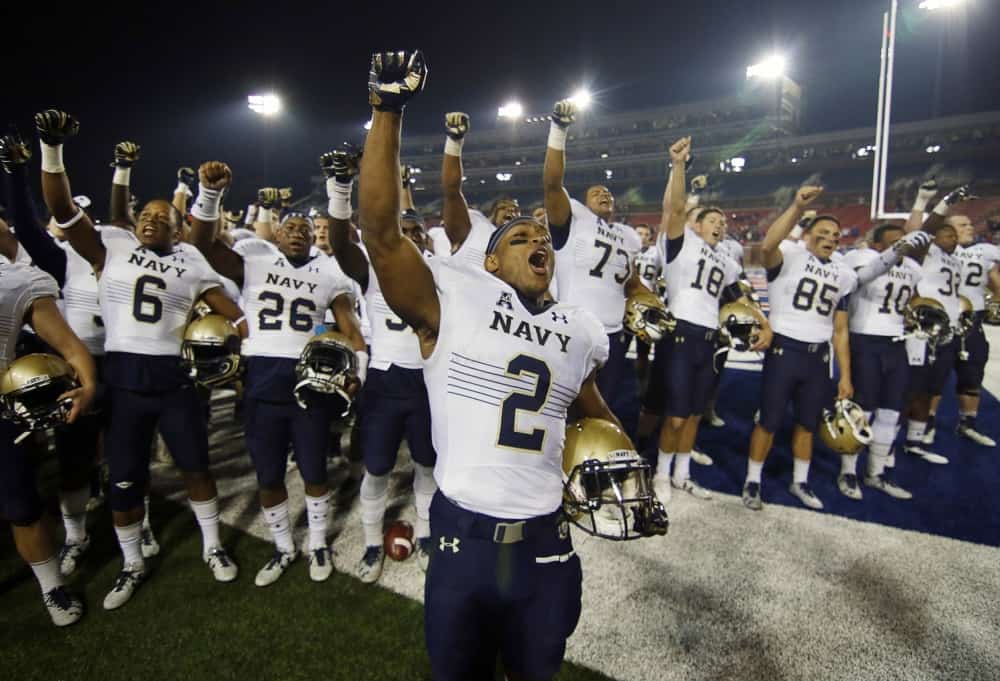 Hello, friends and neighbors, it’s the week we’ve simultaneously awaited and dreaded, as the regular season closes and championship games populate the schedule. We’re also winding down to the end of our first few weeks of our podcast experiment (comments are still welcome on how that’s going), as we continue to develop this weekly feature.

We’ll be looking at five of the more intriguing conference championship games — and Bedlam, of course — in this week’s piece. We’ll also have your weekly trivia question on the podcast, along with an audio breakdown of three of those games. To hear that podcast, click the handy little play button right below you (it may take a few seconds to display, but it will, promise) and listen away. For the rest of our weekly preview, just scroll down a bit!

Print that, tweet that, whatever: Oklahoma has looked like an absolute juggernaut through its unbeaten Big 12 season. Rivalry games, however, are inexplicable.

Print that, tweet that, whatever: This looks — on paper, at least — to be another coronation for the Crimson Tide. Can Florida shock the world?

Print that, tweet that, whatever: The winner of this game has a case for the College Football Playoff. They might be the most unlikely participant in its history.