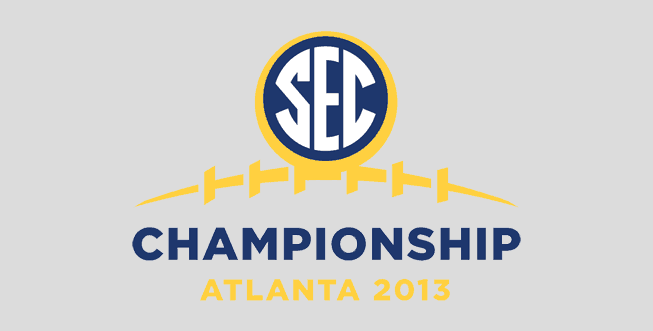 So, here we are, exactly as we expected.  The two unanimous preseason choices, Auburn and Missouri, are just a day away from facing off on the turf in Atlanta.  The foregone conclusion of a team with a new coach enjoying a nine-game turnaround facing a team with a 5-7 record from last season, with a quarterback who spent most of the season hurt now comes to fruition.

Wait, none of that was true?

Auburn’s miraculous Iron Bowl victory landed the Tigers in the Georgia Dome, while there was some consternation in Columbia as the season concluded.  Mizzou’s overtime loss against South Carolina left the East in doubt for the Tigers, but four consecutive victories by Gary Pinkel’s team brings together the two teams with the largest single-year turnarounds in the FBS.

A tremendous game awaits, with offensive weapons all over the field on both sides.  Mizzou will attempt to represent the SEC in the BCS in just their second year in the conference, and win their first conference title since splitting the 1969 Big Eight championship with Nebraska.  Auburn looks to see if they can keep their magical run alive.  We’ll get to the storylines in a bit, but before we do, here’s this week’s trivia question!

Program guide:  As we mentioned a bit ago, offense is the story for both teams.  This is a battle of top-twenty offenses, as Auburn’s Tigers (15th in the FBS) outgain Missouri’s Tigers (17th in the FBS) by a yard and a half per game (491-489.5).  Auburn is the class of the league and nation in rushing offense, averaging 318.2 rushing yards per game, the best average in the SEC (fifth in the FBS).  Only Army, Ohio State, Navy and Northern Illinois have rushed for a greater yards-per-game average than Gus Malzahn’s Tigers.  Missouri ranks 18th in the FBS, carrying for 236.9 yards.  This average was good for second-best in the SEC, which serves to illustrate Auburn’s dominance in the ground game.

Missouri’s offensive advantage comes in the passing game.  Auburn struggles with completing and defending the pass.  Mizzou’s passing offense ranks 42nd in the FBS, throwing for 252.6 yards per game.  Quarterbacks James Franklin and Maty Mauk have combined to throw for 26 touchdowns against just six interceptions this season.  The two finished just nine yards short of 3,000 through the air.  Missouri completed an economical 19-of-30 passes against Texas A&M last week, throwing for 238 yards and two scores.  Auburn’s 100th-ranked pass defense is second-worst in the SEC, allowing 256.7 yards per game.  Auburn has allowed greater than that average six times this year, including Alabama’s 277-yard, three-touchdown performance last week.

Missouri’s pass defense is the only unit in the SEC to be statistically worse than Auburn’s.  The Tigers allow 266.3 yards per game, which is 110th in the FBS.  Mizzou did hold Johnny Manziel to just 195 passing yards last week, but they were scalded for three consecutive 300-plus yard outings earlier this season by Indiana, Arkansas State and Vanderbilt.  South Carolina threw for 423 yards in Missouri’s lone SEC loss.  Unfortunately for Auburn, they do not appear to be in the position to take advantage of Missouri’s shortcoming in this area.  Auburn has thrown for fewer than 100 yards in four contests this season (Washington State, Ole Miss, Tennessee and Alabama), and averages just 175 yards per game against SEC opponents.  Auburn’s passing offense is 105th-best in the FBS.

This is just the second meeting of all time between the two schools.  Missouri claimed a 34-17 victory over Auburn in the 1973 Sun Bowl.  It also bears mention that Gary Pinkel is the second-winningest active coach among current SEC coaches (eighth-winningest overall) with 174 career victories.  Only Steve Spurrier (218) has more wins among conference bosses.  Alabama’s Nick Saban (165) ranks ninth.

With so many playmakers on offense, the two defenses will be tested early and often.  How can Mizzou stop Marshall and Mason in the multiple looks they will clearly offer? Can Auburn’s struggling pass defense contain L’Damian Washington, Dorial Green-Beckham, Marcus Lucas and Franklin? Can Missouri’s Michael Sam (10.5 sacks, best in the conference) and Auburn’s Dee Ford (eight sacks, fourth-best) get into the backfield and disrupt their opposing stars?  This should be a game for the ages, and another in the long line of SEC Championship Game classics.

The 2008 game between Alabama and Florida was the most heavily-attended game in SEC Championship history.  75,892 fans watched a 31-20 Gator victory.  The largest overall attendance came in 1992, when 83,091 fans were in attendance as Alabama beat Florida 28-21.

All the stats in the world to help pick a winner are available in this piece.As always,you are extremely thorough,as well as informative.Being as my world got turned upside down last weekend,and I want retribution,I am picking Missouri.I have been a Missouri believer all year,so this is not just payback.

Jerry, thanks for always commenting on Brian’s excellent columns. May I ask if you are related to him and, if so, how?

Gonna be a hell of a game

That would be my football-crazed dad. I’m proud to say I’m a coach’s kid – though he coached baseball, not football. :) My love for sports came from him, so readers can credit — or blame ;) — him, depending on their thoughts on what they see.

That’s awesome! It’s nice to see that your dad follows and reads your work.