Clear Your Schedule – Championship Week and Looking Back! 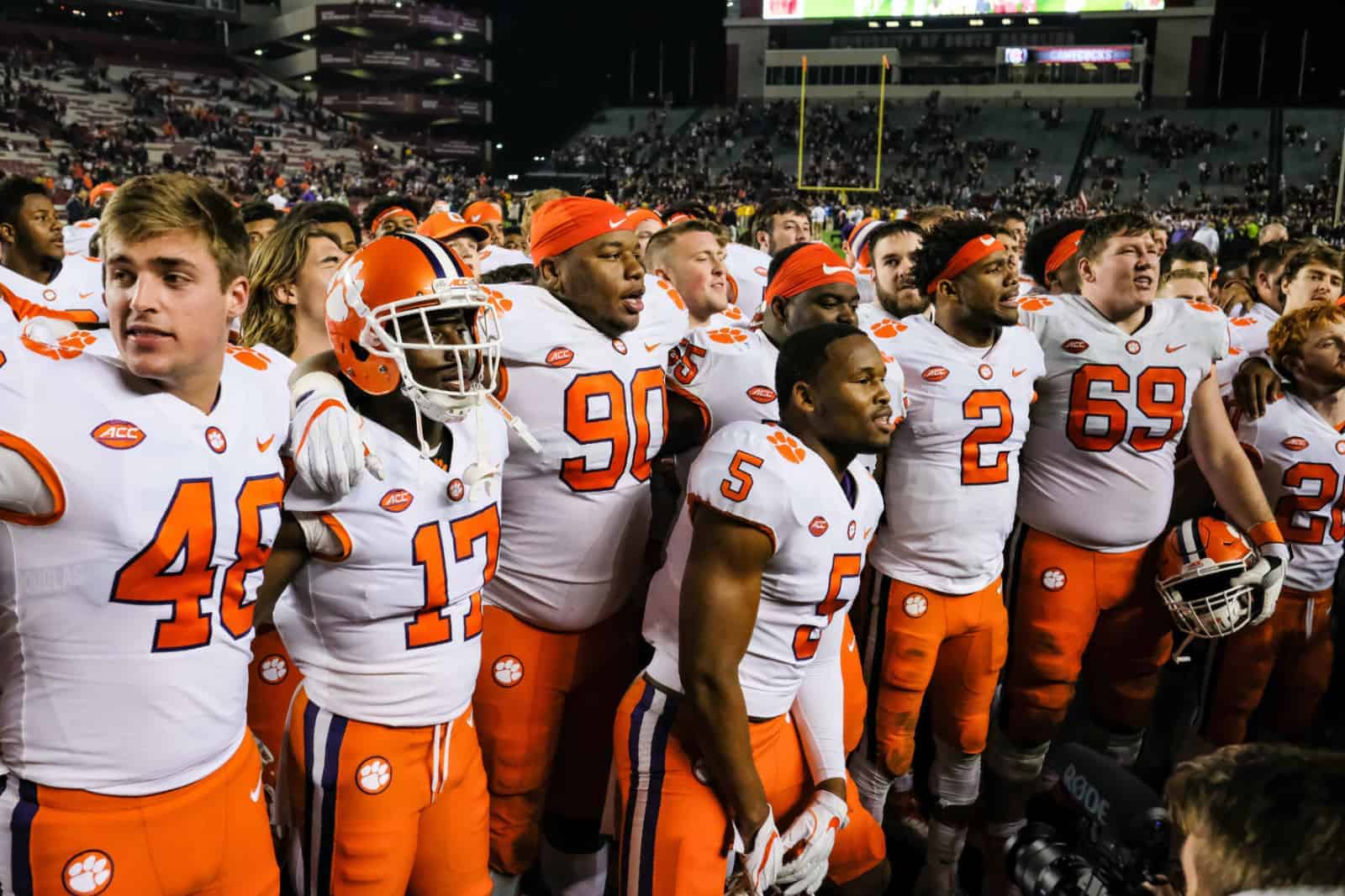 Ah, the crutch of Greatest Hits. Artists release their Greatest Hits records when they’re looking to get out of their contract and join another record company, with some releasing multiple editions. We obviously don’t have recording contracts here, and I’m not looking to bail for greener pastures, but I’ve never done a Greatest Hits. Now’s the time. In this space, we’ll look at this week’s games, to be sure. However, we’ll also take a look back at the five best (or whatever adjective you’d like to apply to them) games we’ve covered in this column — in chronological order — this year!

Before we do any of that, though, it’s trivia time!

Tennessee 42, Georgia Tech 41 (2 OT), Week 1: Okay, who projected at the time Georgia Tech’s two-point conversion try in the second overtime of the second Chick-fil-A Kickoff Game fell incomplete that this season would end with the Vols’ life champion head coach being dismissed before the season ended, his club going winless in SEC play and Brady Hoke giving way to Greg Schiano, who then gave way to…whomever they land that will inevitably result in fewer protests and less Twitter-based outrage? The quarterback who won that game, Quinten Dormady, lost his starting job just weeks later. TaQuon Marshall carried 44 times for 249 yards for the Yellow Jackets, and scored five times — in a loss. Now neither team is headed to the postseason, and they were never to be heard from again in this space the remainder of the year, but we’ll always have Atlanta. We’ll always have Atlanta.

Clemson 14, Auburn 6, Week 2: The numbers three and six teams in the land — at the time, anyway — took the field in Death Valley, and, amazingly enough, we might not have even known then what we had on our hands. The South Carolina-based Tigers locked down Jarrett Stidham — the same one who shredded Alabama this past weekend — on that night, limiting the gunslinger to a 13-for-24 performance for just 79 yards. Kelly Bryant didn’t throw for a score, either, but did run for both of his club’s scores. The clubs punted a combined 14 times on that night, and did not manage 400 total offensive yards between them. Had we known then what we know now, we might not have gone so batty for…

Washington State 47, Boise State 44 (3 OT), Week 2 (honorable mention): This game was essentially the antithesis of the prior contest, with a wacky 856 total yards bouncing to and fro like a pinball in a machine (and yes, good luck getting that sound of your head for the next day and a half). Cougar boss — and the newly-minted best marriage counselor ever — Mike Leach wasn’t as wild about his offense’s performance as we are now, though, uttering this piece of absolute gold on that night:

”That was one of the most constipated offenses on Earth.”

The Cougs trailed by three touchdowns with 11:06 to play, and then…that happened.

Akron 14, Western Michigan 13, Week 7: What was thought at the time to be a battle for MAC supremacy (hey, at least we got the Akron part right!) ended up being delayed by a day because of ridiculously rainy conditions in Kalamazoo. The rain had over half the field literally underwater, leading to a Sunday contest. Western Michigan tallied 26 first downs to Akron’s 14, outgained the Zips 426-215 and largely outplayed Terry Bowden’s crew…only to lose. Akron didn’t even score after a one-yard Manny Morgan touchdown run with 10:07 to go in the second quarter. Bowden’s Zips finished 6-2 in the MAC’s Eastern Division, and will play this week for a conference title (more on them in a bit). Not all was lost for the Broncos, though — Tim Lester’s club finished 6-6 (4-4) in his first season at the helm of his alma mater.

Oklahoma 62, Oklahoma State 52, Week 10: Bedlam lived up to its name, didn’t it? 1446 yards of total offense. Just ponder that for a second. 785 of those belonged to the Sooners. 62 first downs. 164 offensive plays. Eight scores (seven TDs) in the second quarter alone. What else can we really say about that one? Four scores probably occurred in the time it took to type this recap.

North Texas 52, Army 49, Week 12: Many of you were likely watching some other game just a couple of weeks ago, but I had no sooner returned from covering a college basketball game when I got to watch the last vestiges of this absolute beauty unfold on beIN, of all places. Mean Green quarterback Mason Fine filled the air with footballs on that night, going 24-for-36 for 388 yards and four scores against just one pick. As — well, hell, let’s steer right into the pun — Fine as North Texas’ quarterback was, his counterpart, Army’s Ahmad Bradshaw, rushed 27 times for 244 yards and two scores while setting the Black Knights’ single-season rushing yardage record. Neither ended up being the story when the final horn sounded, though. UNT’s Trevor Moore banged through a 39-yard field goal attempt just before time expired, and the Mean Green will play for their own conference title this weekend. More on that in a bit, too.

So there’s our first-ever greatest hits compilation. We had some notable omissions, to be sure, but we hope you enjoyed the walk down Clear Your Schedule memory lane.

Oh, and I mentioned we’d talk about a few of these teams in a bit. Let’s break down this week’s games, summary-style! You know how we summarize games around here…pull up a chair!

Music break!: Our look back at the music of 1992 continues, and with the 25th anniversary of the first SEC championship game coming soon, this is a heck of a time to roll out this gem.

Dan Baird was the lead singer of the Georgia Satellites (you know, of “Keep Your Hands To Yourself” fame), and he struck out on a (mostly) ill-fated solo career way back when. He debuted this track on the countdown this week in 1992, though, and it eventually scraped its way to #26 on the chart. It combines two of my favorite things:  grammatical nerddom and southern rock. In the immortal words of the commercial for the legendary musical compilation Freedom Rock, “well, turn it up, man!”.

Prior to this very article you’re reading, we have published 141 features in nearly six seasons. Thank you all for reading along and supporting the site for all this time! Here’s to another 141 more!

Until we meet again, campers!