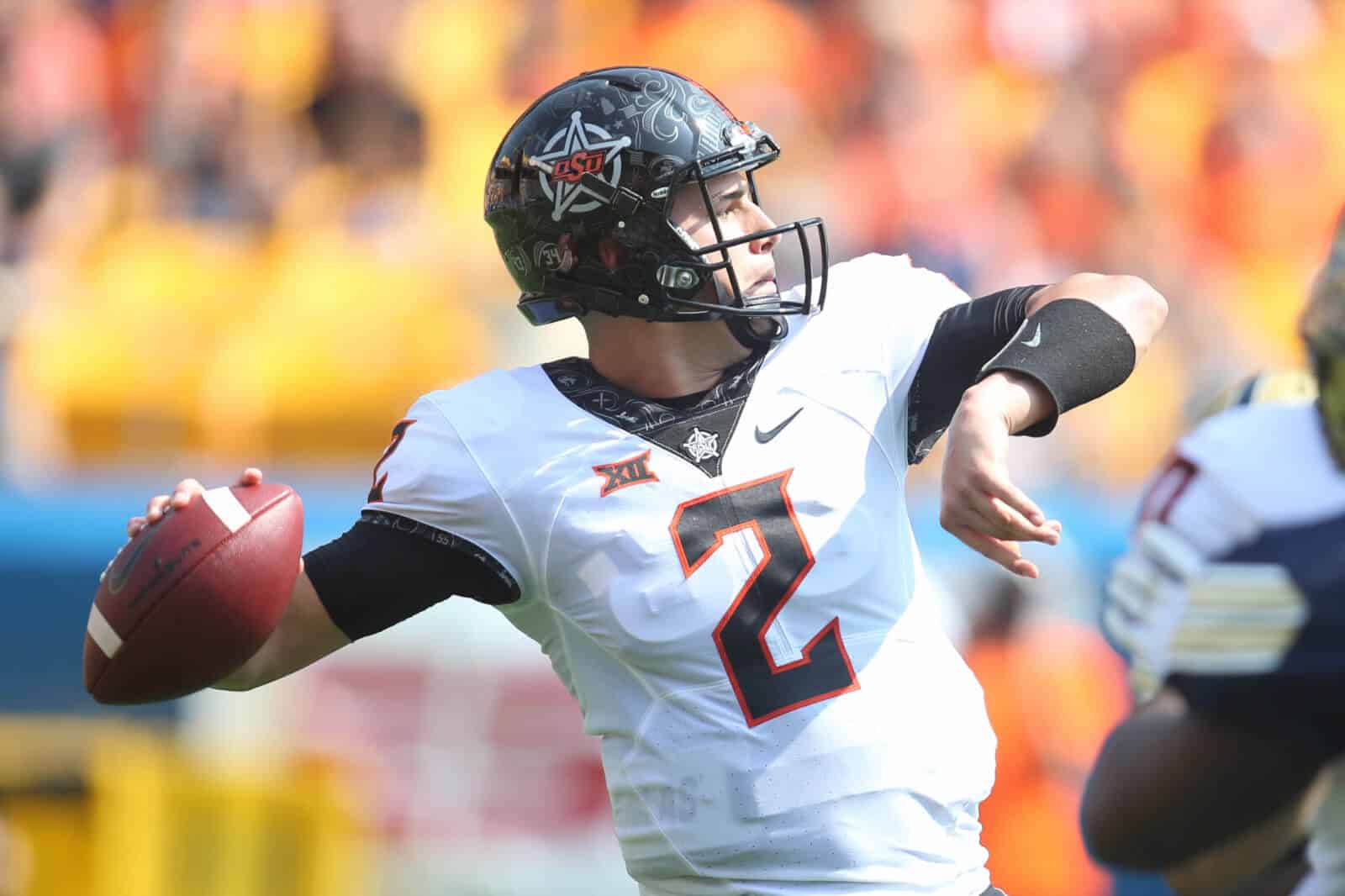 Here we are, friends.  After this week, we are one-third of the way through the college football season.  Sad, yes, but just think of all the great action we have left to experience!

We had another compelling slate of games last week — except, of course, for that Middle/Minnesota tilt.  That’ll happen when you try to take on a really good Gopher club without Brent Stockstill or Richie James.  Still, we persevere.  Before you press play on that handy little audio player before you and hear the breakdown of our first three games and this week’s trivia question, let’s quickly review last week’s games.

(While we’re on that Florida-Tennessee game, how did this even happen? Good grief, Feleipe Franks!)

Come with us, ladies and gentlemen, and check out our slate of six games! To hear the first three, press play!

Print that, tweet that, whatever:  Both of these teams had too-close-for-comfort wins last week.  We should have a better read on who they really are after Saturday.

Print that, tweet that, whatever:  Penn State doesn’t want to leave its playoff destiny to chance again.  Iowa might not give them a choice.

Print that, tweet that, whatever:  A fast start would be huge for Colorado and its sophomore signal-caller.  That may be a tall task against the forceful Husky defense.

All year long, we’re taking you back 25 years in music.  It was the year of the first SEC championship game, and if you don’t already feel old just hearing that, these music videos will do the trick.

Boyz II Men’s “End of the Road” was still #1 this week in 1992, and would continue to be for another couple of months.  Seriously.  However, if you look on the list of debuts that week, you’ll see a song you’ve heard 500,000 times in every stadium in America, and wish that you could forget.  We won’t let you, though! Get ready to have this stuck in your head for weeks!

Until next week, America!

Most entertaining oral and written.Herbstreet and Corso need to take heed.I have Okie St.,Bama,Geogia,and the three visiting teams as winners this week.
Great stuff,both written and verbal.