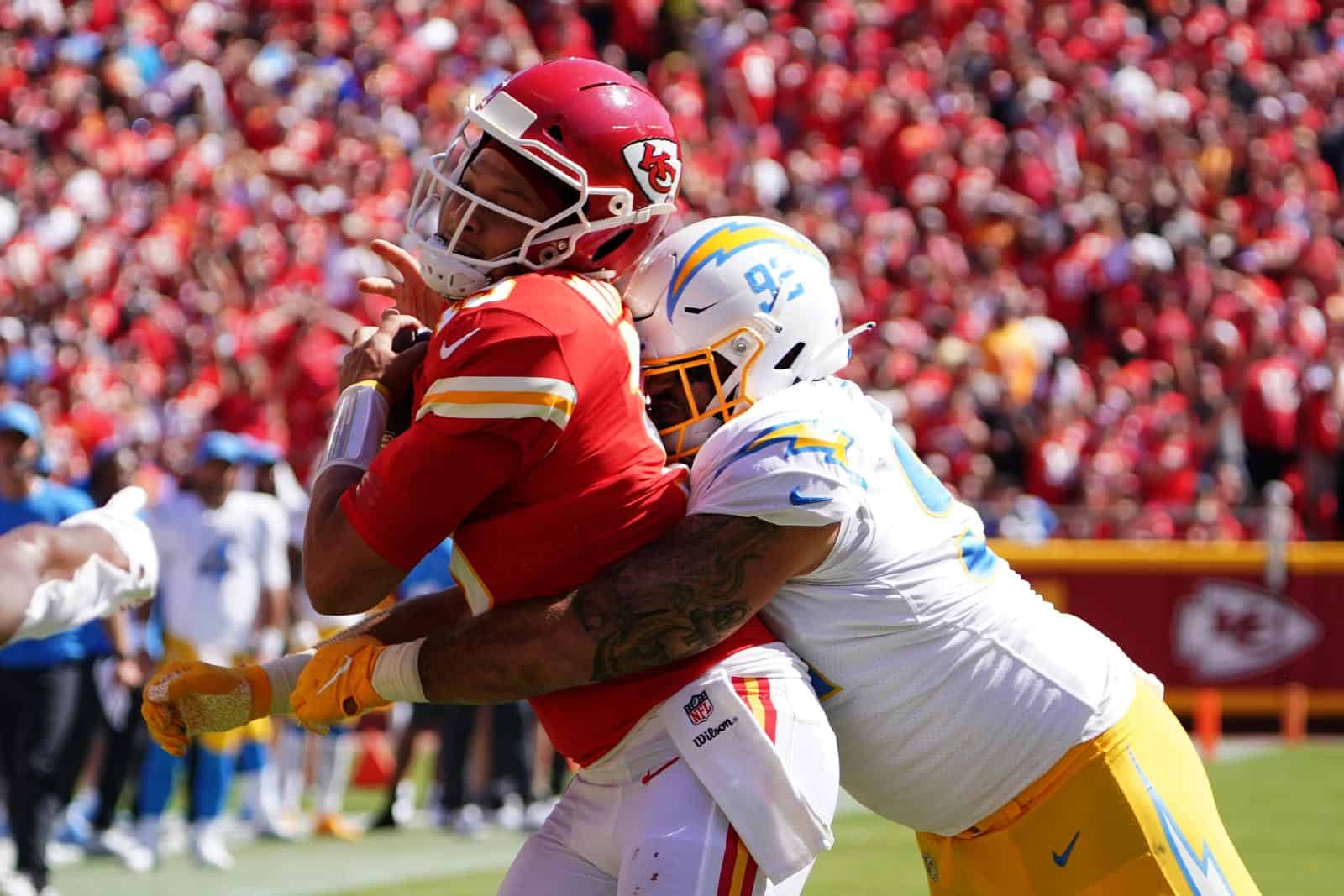 The Kansas City Chiefs will host the Los Angeles Chargers in the first Thursday Night Football game on Prime Video, the NFL has announced.

The Chiefs and Chargers will square off at Arrowhead Stadium in Kansas City, Mo., on Thursday, Sept. 15, which is Week 2 of the 2022 NFL season. NFL Commissioner Roger Goodell announced the matchup during the first round of the 2022 NFL Draft.

Below is information on the Thursday Night Football package on Prime Video:

Kicking off September 15, Prime Video will become the first streaming service to air a season-long exclusive national broadcast package with the NFL. The 11-year deal includes 15 regular-season games and one preseason game per year, with Prime Video also delivering new pregame, halftime, and postgame shows as well as fan-favorite interactive features like X-Ray and Next Gen Stats powered by AWS. Prime Video and the NFL will continue to collaborate on exclusive NFL content and enhanced fan-viewing experiences around Thursday Night Football, with more information to follow in the coming months. The games will also stream live on Twitch and will be available on over-the-air TV stations in the two home markets of the competing teams. For all the latest information regarding TNF on Prime Video, visit amazon.com/TNF.

The complete 2022 NFL Schedule is set to be revealed at 8:00pm ET on Thursday, May 12. Prior to the full reveal, the league plans to announce the International Series matchups on Wednesday, May 4 followed by select games the week of May 9. Additionally, each team will announce their first home game opponent on Thursday, May 12 at 6:00pm ET.

Kickoff of the 2022 regular-season is scheduled for Thursday, Sept. 8 and usually features the Super Bowl champion, currently the Los Angeles Rams, hosting an opponent to be determined.

This will also be the first opportunity to see Herbie and Al in their new roles as broadcasters there.