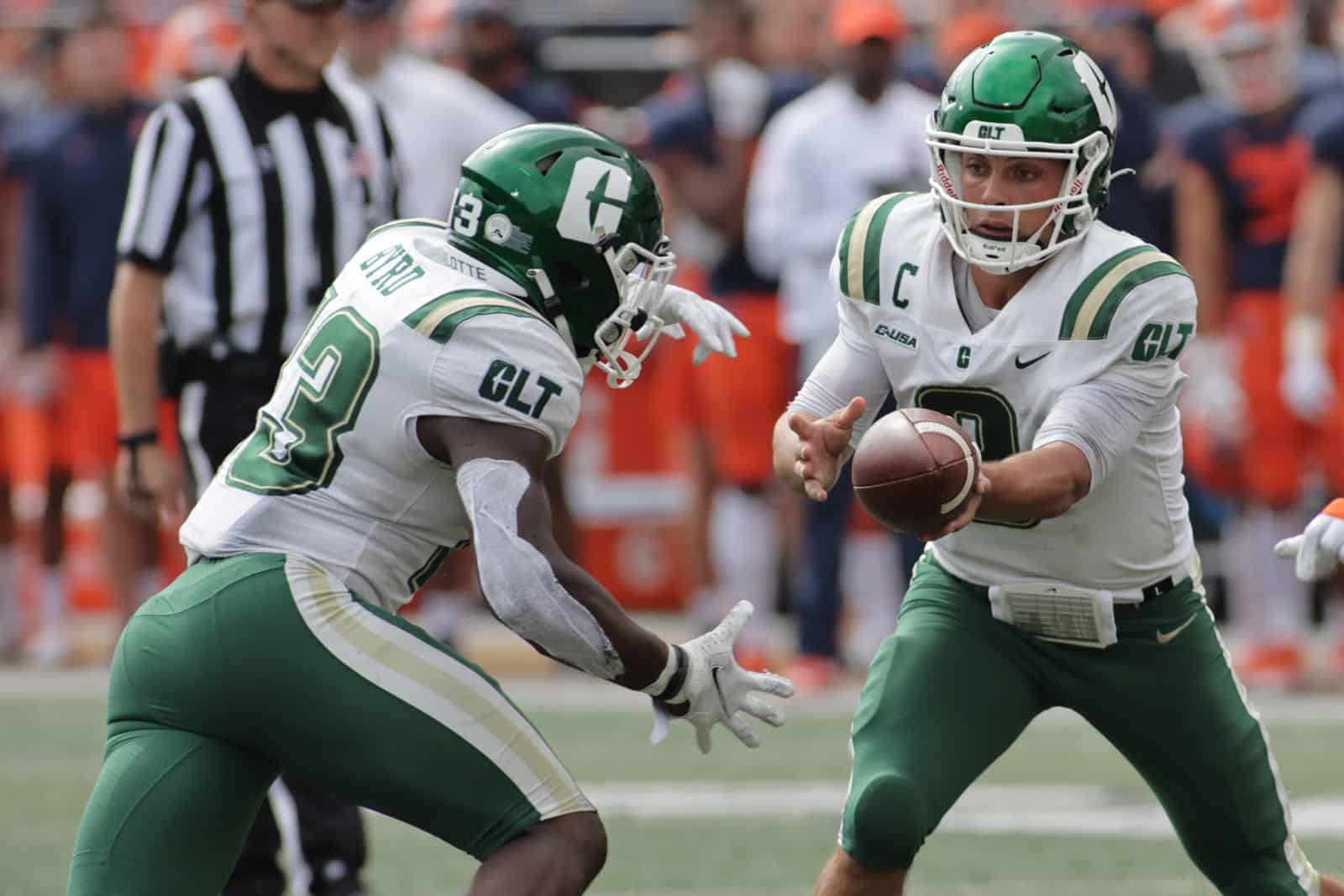 The Charlotte 49ers have added the Monmouth Hawks to their 2025 football schedule, the school announced on Wednesday.

Charlotte will host Monmouth at Jerry Richardson Stadium in Charlotte, N.C., on Saturday, Sept. 13, 2025. The game will mark the first-ever meeting between the two schools in football.

With the addition of the Monmouth Hawks, the Charlotte 49ers have now have three opponents set for their non-conference schedule in 2025. In other action, the 49ers are scheduled to host the North Carolina Tar Heels on Sept. 6 and will travel to face the Georgia Bulldogs on Nov. 22.

Charlotte is the second scheduled non-conference opponent for Monmouth’s 2025 slate. One week after playing at Charlotte, the Hawks are slated to host the Morgan State Bears on Sept. 20.

Also on Wednesday, Charlotte announced a home-and-home series with the James Madison Dukes, which we covered here. Charlotte will host James Madison at Jerry Richardson Stadium on Aug. 31, 2024 before traveling to return the game against the Dukes at Bridgeforth Stadium in Harrisonburg, Va., on Sept. 22, 2029.