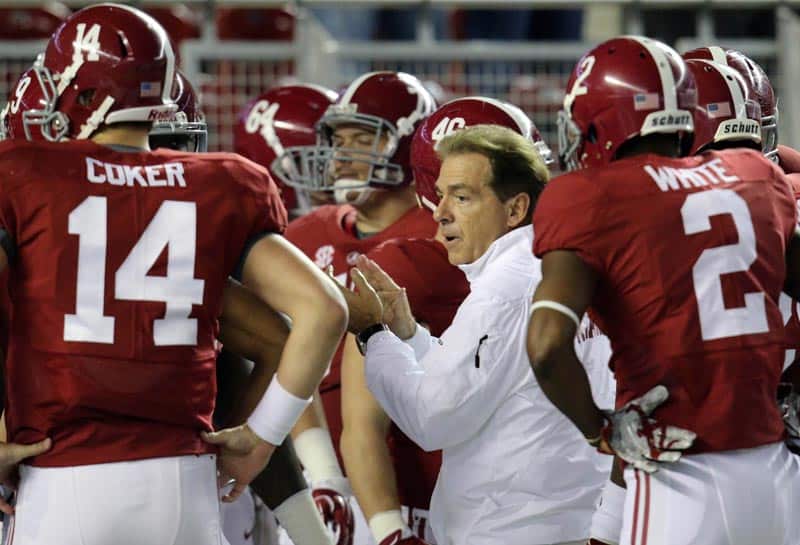 The championship week football schedule has been set for the weekend of Dec. 6, 2014. It’s the second-to-last week of the 2014 college football regular-season.

I will find it fascinating if Alabama, Oregon, FSU & The Ohio State all lose. Doubt it but oh, what will happen.

That would be awesome!

The SEC plays Smash Mouth Football. Don’t kid yourself that Alabama will lose to Missouri.

Upsets with a good chance of happening: AZ over ORE, LT over Marshall, GT over FSU, KSU over BAY, WISC over OH ST

Yup. And I’m rooting for all those except Arizona.

Does FSU get in with a close loss to GT if Bama and Ore comes up short?

If FSU wins, will these so-called experts list the only undefeated team #4? Strange ratings this year. Undefeated means undefeated no matter how!!

Marshall was never ranked in the top 4 when they were undefeated. So why aren’t you defending them?

Florida State should be #1 until beaten. I am an SEC fan.