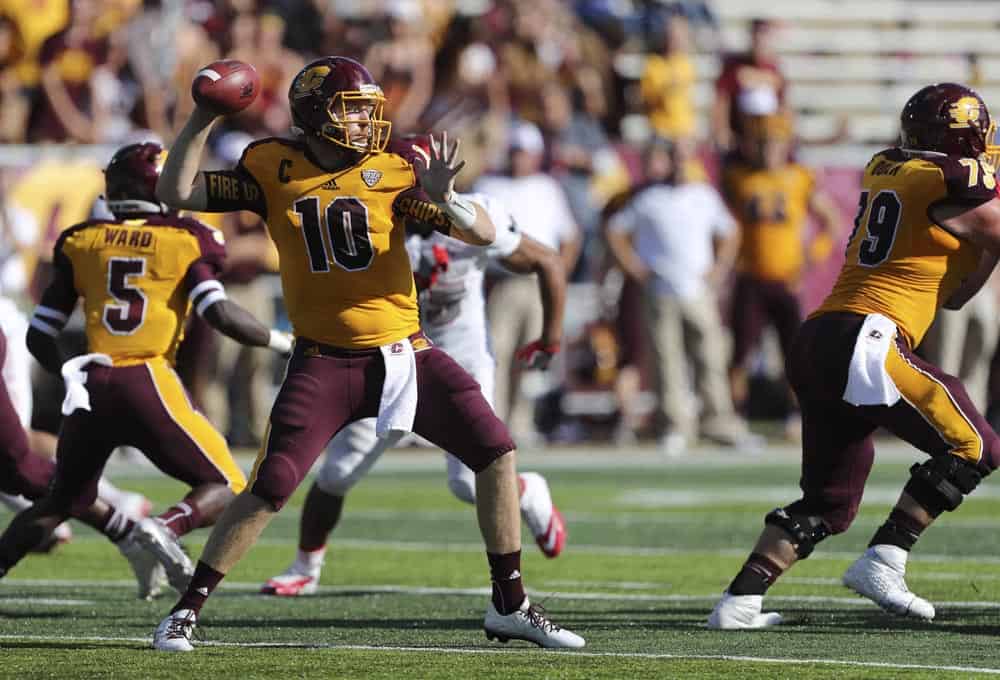 The Central Michigan Chippewas will open the 2018 season at the Kentucky Wildcats, CMU announced on Thursday.

Central Michigan will take on Kentucky at Commonwealth Stadium in Lexington on Sept. 1, 2018. The Chippewas will receive a $1.15 million guarantee for the game, according to a copy of the contract obtained via a freedom of information request to CMU.

Kentucky currently leads the series with Central Michigan 6-0. In their last meeting in 2011, the Wildcats won 27-13.

In order to play Kentucky, Central Michigan has pushed back a previously scheduled game at Oklahoma State. The Chippewas will now travel to Stillwater to face the Cowboys on Sept. 3, 2022.

Central Michigan has also added a home game against the Albany Great Danes. The game is scheduled for Thursday, Aug. 29, 2019 at Kelly/Shorts Stadium in Mount Pleasant.

Per a copy of an addendum obtained from CMU, the two schools have agreed to mutually terminate the agreement.