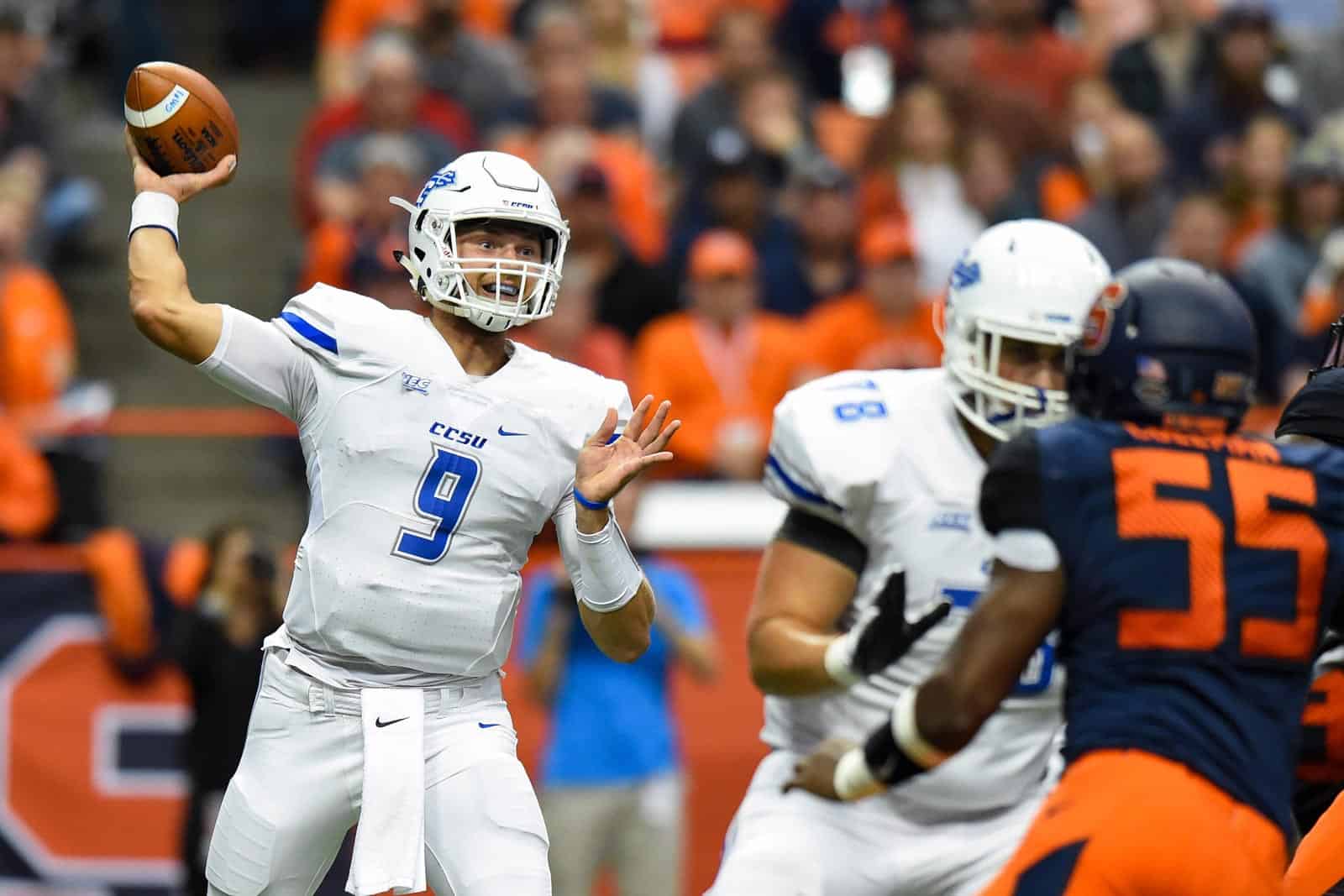 The Central Connecticut Blue Devils have added games against the Lehigh Mountain Hawks and the Holy Cross Crusaders to their future football schedules, FBSchedules.com has learned.

Copies of contracts for games with both teams were obtained from Central Connecticut State University via a state freedom of information request.

Central Connecticut will travel to take on Lehigh at Goodman Stadium in Bethlehem, Pennsylvania, on Sept. 5, 2026. The game will be the fifth overall meeting between the two schools on the gridiron.

Central Connecticut and Lehigh first met on the gridiron in 2009 and have played four contests overall. The Mountain Hawks defeated the Blue Devils 20-14 in their most recent meeting in 2015 to extend their series lead to 3-1.

CCSU and Holy Cross will begin a home-and-home series at Holy Cross’ Fitton Field in Worcester, Mass., on Sept. 11, 2027. The Blue Devils will host the Crusaders to complete the series at Arute Field in New Britain, Conn., on Sept. 9, 2028.

The two schools were scheduled to play a four-game, home-and-home series between 2020 and 2023, but that series has been canceled, according to a document obtained from CCSU.

Central Connecticut has also canceled a home game against New Haven in 2022 and a home-and-home series with Hampton that was scheduled for 2022 and 2023. All three cancellations were necessary after the Northeast Conference (NEC) added Long Island and Merrimack as members, which expands the number of NEC contests each season.

Prior to the new conference additions, the NEC had only seven members and played a six-game conference football schedule. The conference is playing a seven-game conference schedule this season and will likely move to eight games once Merrimack has completed their transition.

Central Connecticut opens the 2019 season on the road against the Fordham Rams on Saturday, Aug. 31.