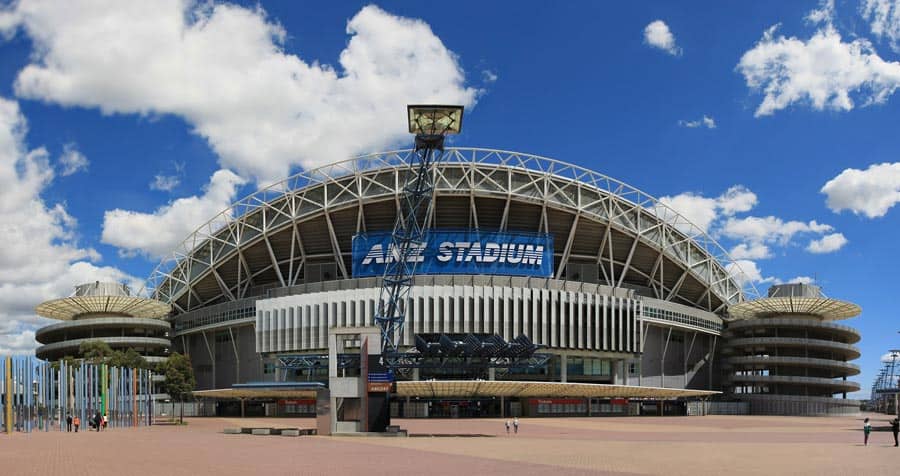 The California Golden Bears and the Hawaii Rainbow Warriors will open the 2016 season in Australia, both schools announced on Saturday.

California and Hawaii will meet on Saturday, Aug. 27, 2016 at ANZ Stadium in Sydney, Australia in a matchup dubbed the “Sydney College Football Cup.” It will be the first ever college football game played in Sydney.

“We are thrilled to open our 2016 football season in Sydney,” Cal Director of Athletics Mike Williams said. “This will be a tremendous cultural and educational experience for our student-athletes, our football program, our university, and our fan base around the world. We are a global university with global alumni and fans, and we are excited to be bringing college football to the great country of Australia.”

Cal and Hawaii received a waiver to play the game on Aug. 27, which is one week prior to the first Saturday of the 2016 college football season.

The Golden Bears were previously scheduled to open the 2016 season at home against South Dakota State, but has canceled that game in order to play Hawaii in Australia.

After facing Hawaii, the Golden Bears return home to play at San Diego State on Sept. 10 and host Texas on Sept. 17.

“The University of Hawai’i is thrilled for this wonderful opportunity to open the 2016 college football season in Sydney against the University of California, Berkeley,” said UH Athletics Director David Matlin. “Our football program has tremendous pride in not only representing the state of Hawai’i, but all of the Pacific region. From a cultural perspective, this game will afford our student-athletes an experience they will always remember and give most of them the chance to travel outside the United States for the first time in their lives. Traditionally, the University of Hawai’i has been fortunate to welcome many student-athletes from Australia and we hope this game opens doors for many more.”

The game against Cal is the fifth non-conference contest for Hawaii in 2016. The Warriors also play at Michigan on Sept. 3, host UT Martin on Sept. 10, visit Arizona on Sept. 17, and host UMass on Nov. 26.

Awesome, great to see a college football game come over to Oz. Just hope they sell out the stadium to make the trip worth it. A bad look for Sydney if they have a lot of empty seats. IMO great to see but maybe wrong choice of cities.

Wrong choice of cities? More like wrong choice of teams. I wouldn’t blame anybody for not wanting to waste their time and money on that garbage team Hawaii fields.

Howdy! I would have sworn I’ve been to this great site before neelvthreess after looking at many of the post We realized it’s a new comer to me. Anyhow, I’m definitely happy I ran across it and I’m going to be bookmarking and also checking back again often!

I’m a Boise State fan living in Adelaide Australia, and I follow college football more intently than just about anyone in Australia I feel. I’m not even contemplating going to this game. Would rather spend $2,000 to go to America to watch something like San Jose State vs Fresno State, than spend $500 to go to Sydney to watch Cal vs Hawai’i. If it were an attractive program like say USC, or UCLA, or Oregon at Cal’s expense. I probably go, or if it’s a semi-respectable school like San Diego State, or Air Force, or Nevada (even if I hate them) at Hawai’i expense. I probably go as it’d be a good game. But I’m not going to go watch a game you know will be a Cal 4+ TD win.

If we’re going to get a game, do it right! There’s talk still for a bowl game in Melbourne. At least there we’re getting average teams at worst depending on who’s selected. Much better proposal than this.

The game in Australia was supposed to be Cal vs. Baylor, but Baylor backed out for unknown reasons.

Yeah the unknown reason is the would rather play FCS teams and group 5 teams! They need to man up and play a power 5 team in non conference play!!!

Would love to see my New Mexico Lobos play in Australia! We love our Aussie connections with Luc Longley and Hugh Greenwood/Cameron Bairstow in college basketball! Maybe we can get some young Australian studs to come play American football for the Lobos as well!

There maybe a number of aussies who will be the BIG losers when these two teams meet. Sorry to say Aussies lack the ability to love a team win or lose.