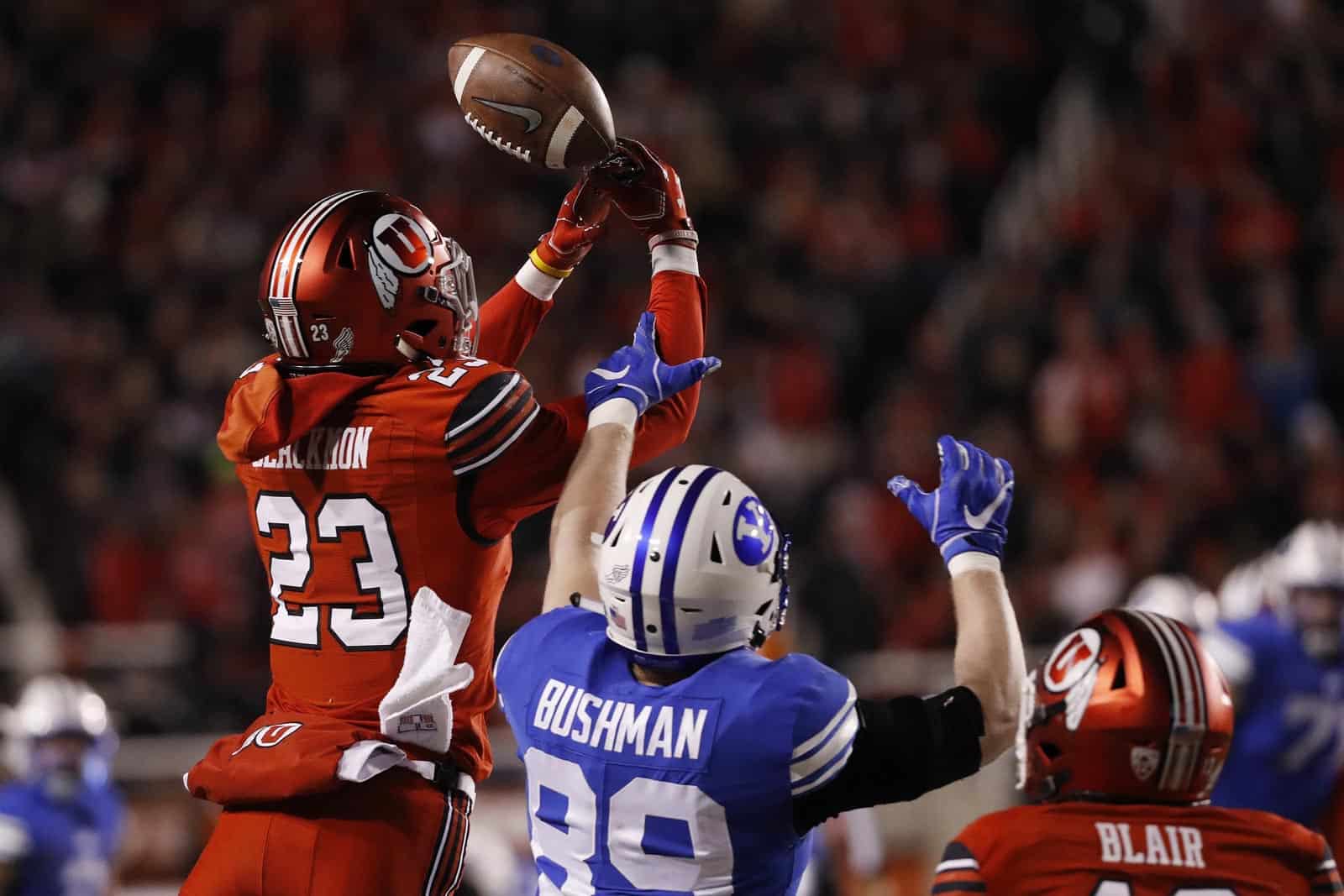 The BYU Cougars and the Utah Utes have extended their home-and-home football series two years through the 2024 season, both schools announced on Monday.

Below are the dates for the next six games in the BYU-Utah series, dubbed the “Holy War”:

BYU and Utah first met on the gridiron in 1896 and the two schools have squared off a total of 93 times. Utah has won eight consecutive games and now leads the overall series 58-31-4.

BYU now has nine opponents on its 2023 slate, with five games in Provo and four road games. The Cougars are scheduled to host Tennessee, Utah, Boise State, UNLV, and Stanford and play at Virginia, Arkansas, Houston, and USC.

For the 2024 season, the Cougars currently only have two home games scheduled — Hawaii and Georgia Southern. BYU has road games scheduled at Utah, Wyoming, East Carolina, UNLV, and NC State.

The Utah Utes have now tentatively completed both their 2023 and 2024 non-conference schedules. The Utes are slated to host Weber State and play at Baylor in 2023, in addition to the newly added game at BYU.

In 2024, Utah will host Southern Utah, BYU, and Baylor at Rice-Eccles Stadium in Salt Lake City.

Too bad Utah will not play Utah State at all. Several were hoping the utes would do an every other year trade off between Utah state and BYU. i guess not, sad for the whole state of utah.

Just because your in state doesn’t mean the teams are required to play each other. I wish the same would be true with this game.

BYU has some incredible schedules in the next several years. Well balanced, great home games, a solid variety of opponents all while keeping intact several traditional rivals.
Produce some dubs on the field and this independence thing might be sustainable yet.

BYU now needs to extend there series with Boise state!!

Wish these games were the last week of the season. Since Notre Dame always plays USC or Stanford that week, BYU/Utah that week would mean the other 10 Pac-12 teams could play each other and everyone would have an opponent. Instead, Pac-12 keeps pushing the Utah/Colorado game for the last week that doesn’t register much, AND a Pac-12 team either has a bye or has to find a random non-conference game. Having BYU/Utah the last game in 2018 was great.