BYU, UNLV cancel football series scheduled for 2023 and 2024, per report 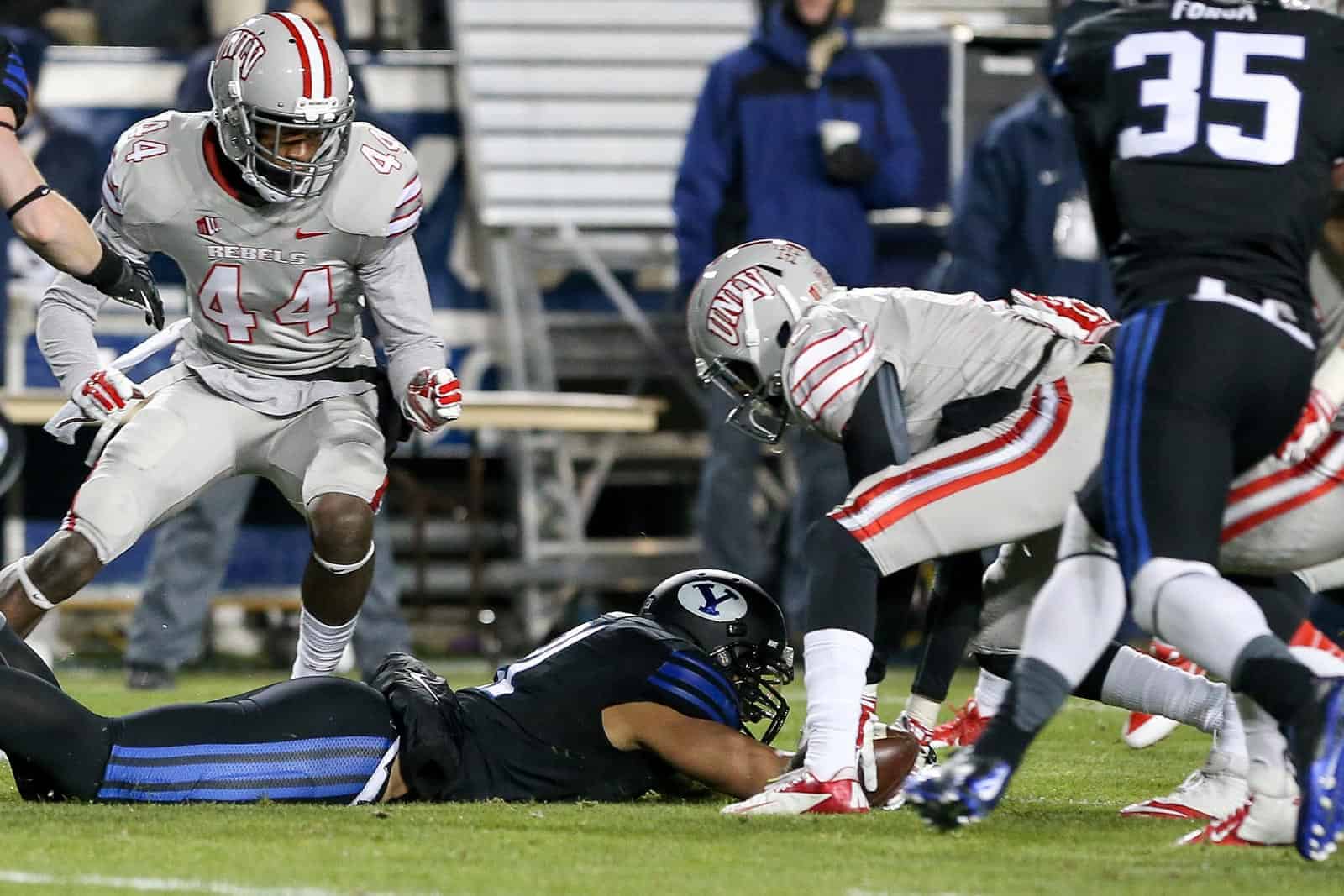 The BYU Cougars and the UNLV Rebels have canceled their football series scheduled for the 2023 and 2024 seasons, according to tweets by Dave McCann.

BYU and UNLV were scheduled to play a home-and-home football series with games slated for Nov. 4, 2023 at LaVell Edwards Stadium in Provo, Utah, and Nov. 2, 2024 at Allegiant Stadium in Las Vegas, Nevada. The series was scheduled back in 2018.

With the BYU Cougars moving from a Football Bowl Subdivision (FBS) Independent to the Big 12 Conference in 2023, the Cougars have been paring down their scheduled non-conference opponents since they will only play three per season moving forward.

The UNLV series in 2023 and 2024 is the latest to get the axe, per Dave McCann, who calls the play-by-play for BYU football.

SCHEDULING NEWS: BYU’s Nov. 2, 2024 game against UNLV at Allegiant Stadium is off, per UNLV source. A future meeting in Las Vegas is being discussed. BYU joins the Big 12 in 2023. #BYUFOOTBALL pic.twitter.com/tdMtds4JlD

That’s off too. I hope BYU will schedule UNLV in the future. Lots of alumni in Vegas.

FBSchedules attempted to confirm the cancellation through a public records request to the University of Nevada, Las Vegas. According to UNLV, they possess no document regarding the cancellation. That’s not unusual as many of BYU’s football contracts, including this one, contain an automatic out-clause should they join a Power Five conference.

With the cancellation of the UNLV games, BYU is now down to five non-conference games in 2023 and nine in 2024. Some of those games could have already been canceled but not yet publicly reported.

BYU and UNLV first met on the gridiron in 1978 (in Yokohama, Japan) and have played 20 times overall. In their most recent meeting in 2017, the Cougars defeated the Rebels 31-21 in Las Vegas to widen their lead in the series to 17-3.

Technically it’s now 5 in ’23 and 9 in ’24. The home and home with UCF are conference games now.
.
UNLV could call another BYU non-con that’s still scheduled and probably get a good matchup. Who wouldn’t take a home and home with an NFL stadium!

True, or not games at all since the Big 12 will have 12 members.

The USC game is very likely to come off the ’23 schedule as well, probably will be pushed into the 2030s.

And the game with Utah State was forced off its date when the Arkansas game was moved to Sept 16th, which makes me wonder whether USU falls off the ’23 and ’24 scheds as well. Would be the cleanest thing to do, if not a little unpopular in Logan. They’re still scheduled to play in ’25 and ’26.

That would leave BYU with a 9-game Big XII schedule, plus Tennessee and Southern Utah at home and a roadie at Arkansas. That’s a good schedule, particularly if UT and OU are still in the Big XII.

All the unfamiliar Venues, travel, any Team we’ve not played in the last 5 Years means your Coaches are starting from Scratch scouting that Team.

Yokohama, Japan? What were the circumstances for that game?

I’m not sure links are acceptable to post here, so this can be deleted if not.