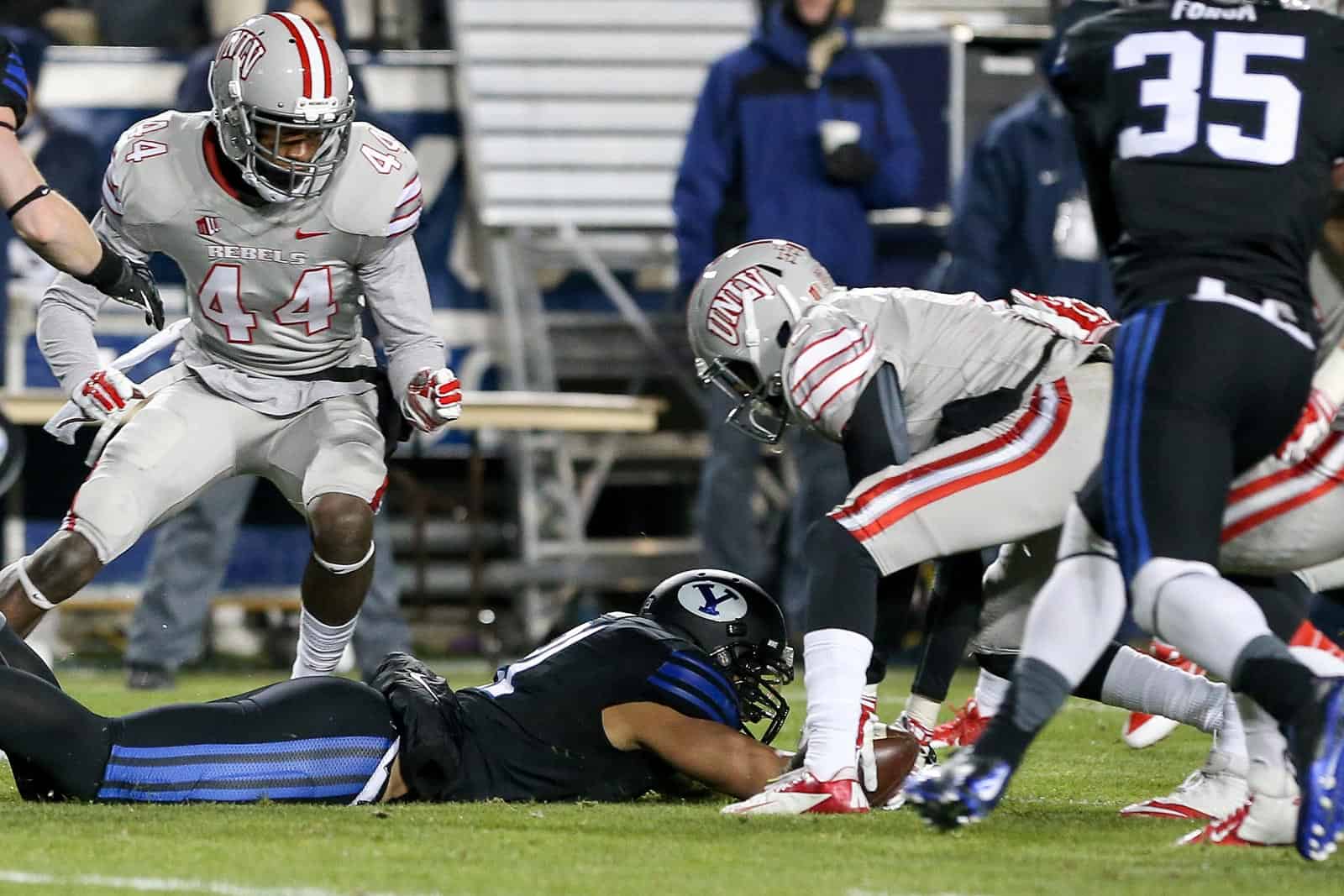 The BYU Cougars and the UNLV Rebels have scheduled a home-and-home football series for 2023 and 2024, both schools announced on Monday.

In the first game of the series, BYU will host UNLV at LaVell Edwards Stadium in Provo, Utah on Nov. 4, 2023. The following season, the Cougars will travel to face the Rebels at Las Vegas Stadium on Nov. 2, 2024.

BYU and UNLV first met on the gridiron in 1978 (in Yokohama, Japan) and have played 20 times overall. In their most recent meeting in 2017, the Cougars defeated the Rebels 31-21 in Las Vegas to widen their lead in the series to 17-3.

The Cougars also confirmed today our report from last week that they have added the North Alabama Lions to their 2020 football schedule. UNA will visit Provo on Nov. 21 that season.

“UNLV has a long history with BYU and geographically it’s a perfect matchup for both schools,” said UNLV Director of Athletics Desiree Reed-Francois. “We continue working to offer our fans an attractive set of non-conference opponents for our move into the state-of-the-art Las Vegas Stadium.”

The Rebels’ only other game currently scheduled in 2024 is a contest at UCLA on Sept. 7. The Bruins return the trip to Las Vegas the following season on Sept. 6.