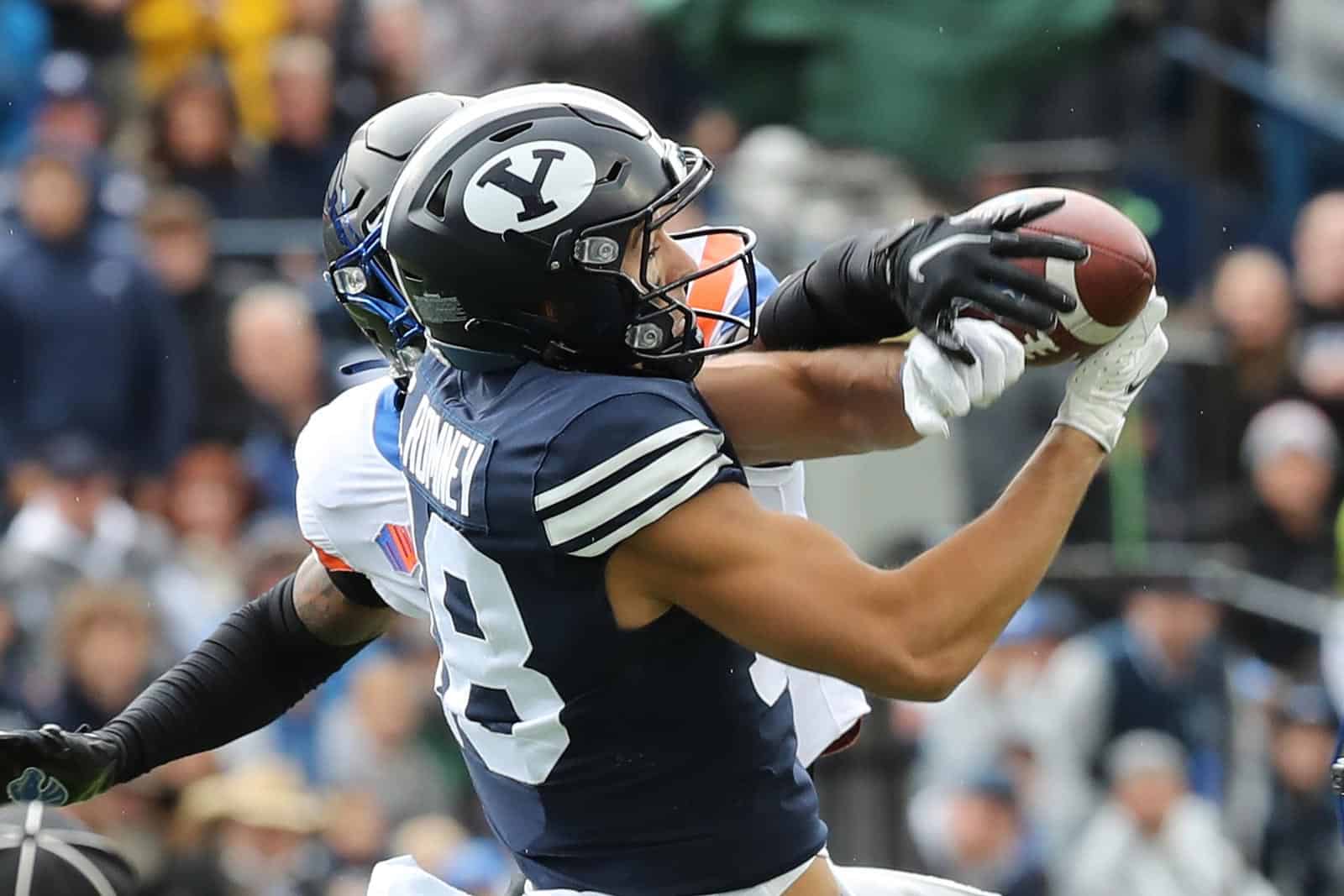 The BYU Cougars will host the Sam Houston Bearkats in 2023 and the Southern Utah Thunderbirds in 2025, the school announced on Wednesday.

BYU will open the 2023 season against Sam Houston at LaVell Edwards Stadium in Provo, Utah, on Saturday, Sept. 2. The game will mark the first-ever meeting between the two schools on the gridiron.

BYU will host Southern Utah at LaVell Edwards Stadium on Saturday, Sept. 6, 2025. This will be only the third meeting between the two schools in football.

The Cougars are also scheduled to host Southern Utah in Provo on Saturday, Sept. 9, 2023, which was previously announced. The game was originally scheduled for Nov. 18, but was moved up due to BYU joining the Big 12 Conference.

BYU, currently an FBS Independent, joins the Big 12 Conference effective with the 2023 season. Following the games against Sam Houston and Southern Utah, the Cougars will travel to face the Arkansas Razorbacks on Saturday, Sept. 16. Nine conference games will round out BYU’s schedule in 2023.

After Tennessee reneged, BYU Cougars AD Tom Holmoe had Weeks to simply call up his established 1st choice 1-A fbs Team who is willing to play BYU in 2023. If they said No, he has a Plateful of established 1-A Teams who are weak but aren’t a 1-A Team In Name Only in 2023 as the Sam Houston State U Bearkats are. 3 Years from now that would be a different Story.
12 Years of Independence working Relationships with so many Teams & this is 1 outcome in 2023?

Playing SHSTU Bearkats when there were so many available legitimate 1-A Teams who already have a working & desired playing Realationship with BYU is an insult to 1-A BYU TV subscription Fans who don’t want a JV Game on a September Evening.
Every pathetic 1-AA Matchup BYU has played since the Trust Five Conferences lobbied their college Government in Name Only, NCAA to “add a 1-AA 12th Game counting towards bowl eligibility” in 2005 effective 2006 Season.
I don’t experience any adrenaline rush, suspense, wild excitement, the agony of the last 2 Minutes in a close 1-A Game in these regular season padded record Games. I don’t watch them Live as I do the other Eleven.

The Technicality that the Bearkats are a 1-A Team after they play a full 1-AA Schedule this Year & are not eligible for the 24 Team FChampionshipS Playoffs shows how this 2023 Game matchup isn’t compelling in any ways.
None of these 16 Opponents since 2006 have produced any Sports Center highlights. Game Stats vs a 63 Scholarship Team mean nothing when You play an established 1-A Team the next Week & 10 others the rest of the Season.

P. S. I should have posted my examples of 1-AA Teams BYU has played since the Trust Five Conference Padded Schedule was institutionalized in 2006.

Q. for all other 1-A fbs Teams who host 100% of these 63 Scholarship 1-AA FChampionshipS Franchises. Are these Games memorable in a Athletic, Sports Center, anticipatory, “thrill of victory, agony of defeat”, last 2 Minutes suspense thriller Ways?

The answer to all of BYU’s games is No.