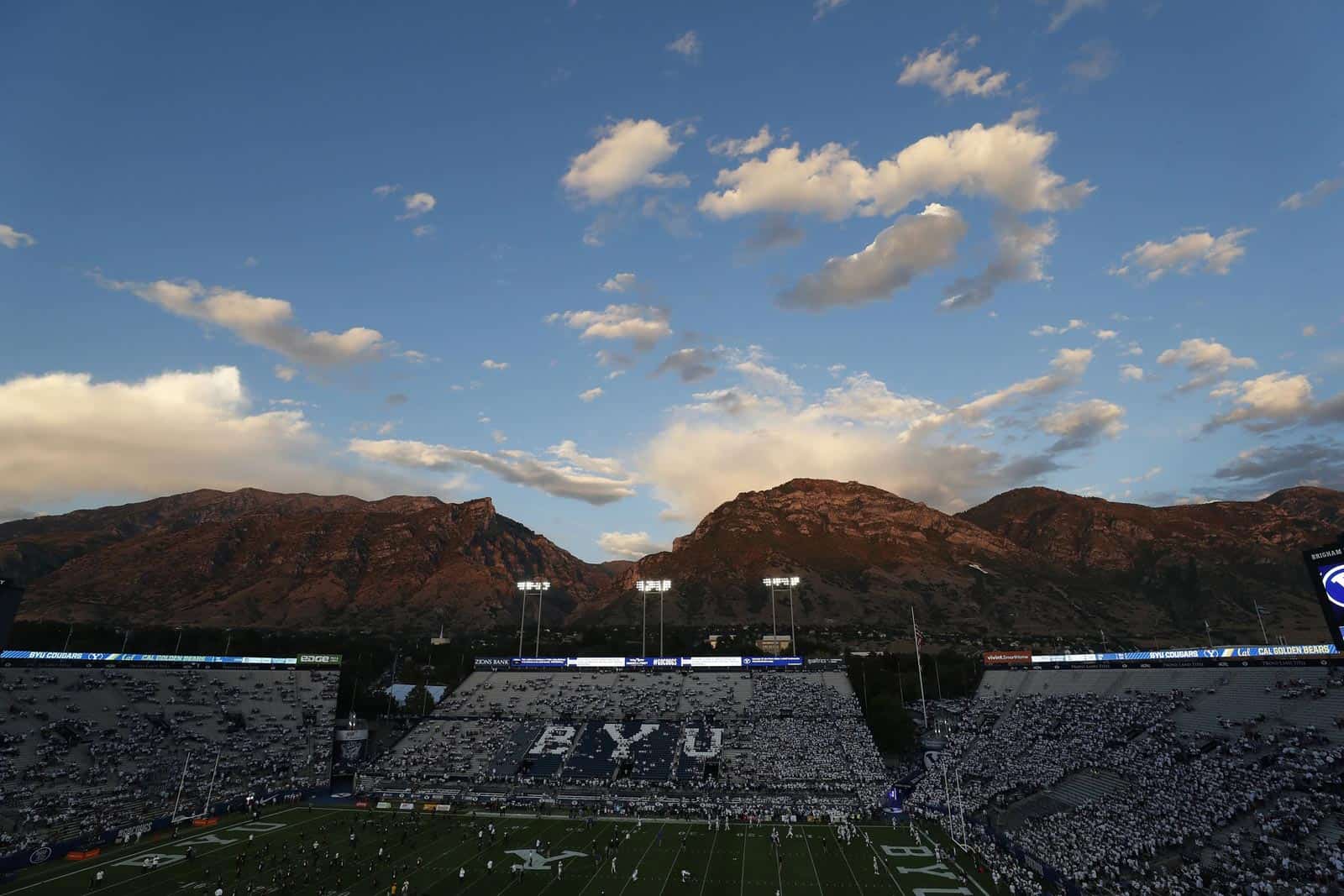 The BYU Cougars have officially released their 2019 football schedule, which includes six games at home at LaVell Edwards Stadium in Provo, Utah.

BYU will open the 2019 season at home against the in-state rival Utah Utes on Thursday, Aug. 29. This will mark the first time in the history of the rivalry that the two schools will meet in the season-opener.

In Week 2 on Sept. 7, BYU heads East to Neyland Stadium in Knoxville to take on the Tennessee Volunteers of the SEC. BYU and Tennessee have never met on the gridiron.

The Cougars then head back to Provo to host consecutive games against the USC Trojans on Sept. 14 and the Washington Huskies on Sept. 21. BYU is 0-2 all-time against USC and 4-6 against Washington.

BYU’s next two games are on the road. The Cougars travel to take on the Toledo Rockets on Sept. 28 and, after an open date on Oct. 5, visit the USF Bulls on Oct. 12. BYU leads the series 1-0 with Toledo and has never faced USF.

The Boise State Broncos travel to Provo to square off with BYU on Oct. 19. The Cougars then have their second and final open date of the season on Oct. 26.

A trip to face the in-state rival Utah State Aggies is slated for Nov. 2. Utah State has won two straight over BYU, but the Cougars still lead the all-time series 48-37-3.

Next up for BYU are their final two games at LaVell Edwards Stadium in 2019. The Cougars are set to host the Liberty Flames on Nov. 9, followed by the Idaho State Bengals on Nov. 16. BYU and Liberty have never met on the gridiron, while the Cougars are 5-0 against the Bengals.

BYU closes out the 2019 regular-season with two games on the road, first against the UMass Minutemen at McGuirk Alumni Stadium on Nov. 23. BYU defeated UMass last season 35-16 at Gillette Stadium to take a 2-1 series lead.

The Cougars then head West to take on the San Diego State Aztecs on Nov. 30. BYU leads the series with SDSU 28-7.

BYU has an agreement to play in the 2019 SoFi Hawai’i Bowl if they are bowl-eligible and not selected to the College Football Playoff.

Shep, you’re mother is still in here with us and she doesn’t have any wins yet.

She mentioned all you were good for was grammar oversight on message boards.

She won’t be punished for being right…this time.