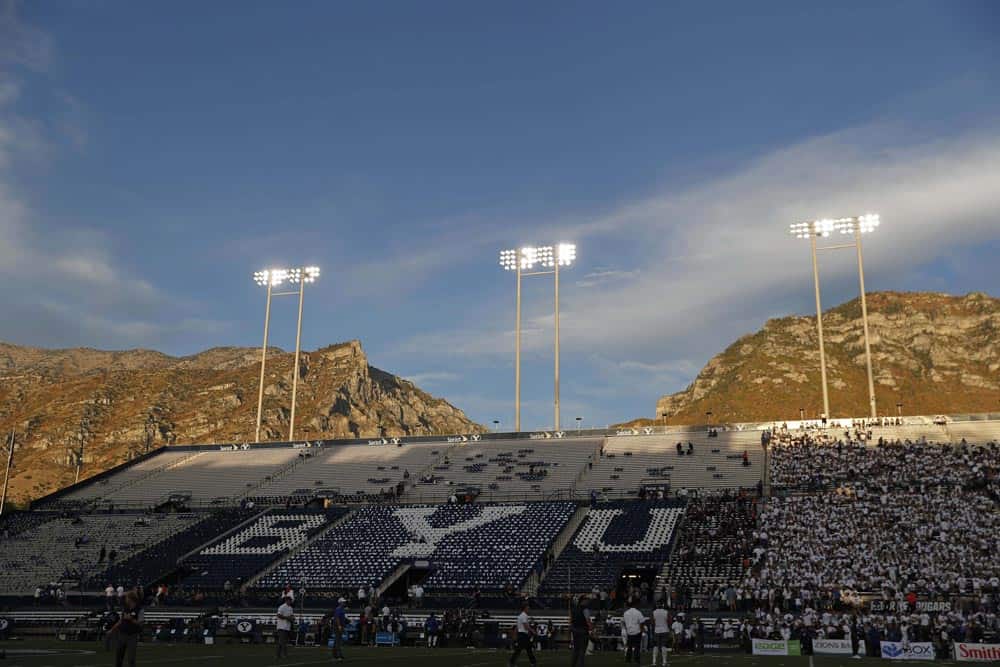 The BYU Cougars will open the 2017 season against the Portland State Vikings, the school announced on Monday.

BYU will host Portland State at LaVell Edwards Stadium in Provo on Saturday, Aug. 26, 2017. The Cougars’ season-opener was previously scheduled to be against LSU at NRG Stadium in Houston on Sept. 2.

Portland State is the 13th opponent scheduled for BYU in 2017. Per NCAA rules, BYU can play the additional game because they play at Hawaii (Nov. 25). Additionally, a new exception added this season allows the Cougars to play the weekend prior to Labor Day weekend.

The NCAA rule that was modified, effective Aug. 1, 2016, was 17.10.3 First Contest. An exception was added (17.10.3.1) allowing teams that play a regular-season game in Hawaii to play their first contest the Saturday prior to the Thursday preceding Labor Day.

The new playing date exception has was first used in 2016 when California and Hawaii opened at ANZ Stadium in Sydney, Australia. Next season, San Jose State is taking advantage of the exception and will host USF on Saturday, Aug. 26, 2017.

For now, all 13 BYU games have dates and the Cougars should be off on Sept. 23. The school plans to officially announce the schedule at a later date.

The BYU game will be the second against an FBS opponent for Portland State. The Vikings are also schedule to play at Oregon State on September 2nd.

This schedule came together great. A FCS game to open followed by LSU, Utah, and Wisconsin. Then a bye week before finishing off their season with 9 games. The home slate should also garner great interest for attendance with Utah, Wisconsin, and Boise State on the slate.

It was a good idea to put a warm up game before LSU–just to get the offense in sync. Go Cougars.

Question…..After checking BYU’s sched is there any reason why independent teams don’t schedule gms w each other during champ week? For ex. BYU vs UMASS during champ wk would give teams an xtra bye wk.

But the BYU-UMass contract has a clause to move the 2017 to December 2 had either gotten a great opportunity for November 18.

If UConn was move to the Big East Olympic/Indy football, I would not be surprised to see in most years UMass-UConn Thanksgiving weekend while BYU plays USC/Stanford and BYU-UMass and BYU-UConn pre-Thanksgiving Championship weekend.

Glad BYU will get a warm up game before playing LSU.

Almost looks like the Cougars are playing a Mountain West schedule in 2017.

Steve,
It does have a MWC feel with UNLV Rebels, Utah Utes & Utah State Aggies.
But, they also have 2 SEC games (LSU & MSU) and B10 (Wisconsin.)