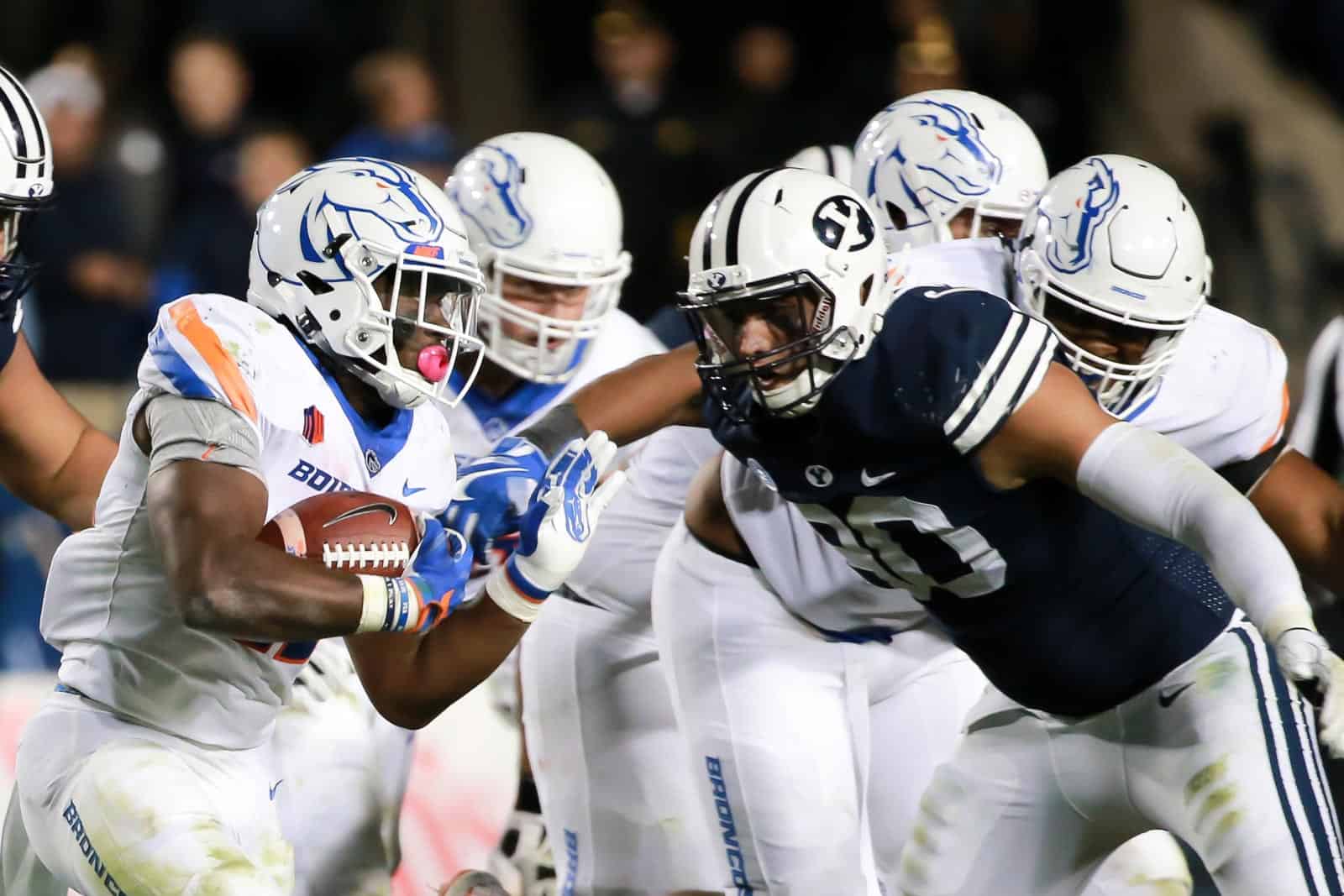 The BYU Cougars and the Boise State Broncos have scheduled a 10-game, home-and-home football series for the 2025 season through the 2034 season, both schools announced on Tuesday.

The first game of the series is scheduled for October 25, 2025, at Albertsons Stadium in Boise, Idaho. The series will then shift to BYU’s LaVell Edwards Stadium in Provo, Utah, on November 7, 2026.

The next eight games of the series will alternate for the remainder of the contract, with games played at Boise State in odd years and games played at BYU in even years. All eight contests between 2027 and 2034 will be played during the month of September.

BYU and Boise State first met on the gridiron in 2003 and have played a total of nine times. The Broncos won three consecutive games from 2016 through 2018 and now lead the overall series 7-2.

BYU also announced today the addition of a home non-conference game against the Southern Utah Thunderbirds. The Cougars will host the Thunderbirds in Provo on November 18, 2023.

Southern Utah is a member of the Big Sky Conference in the Football Championship Subdivision (FCS). In their first and only meeting on the gridiron back in 2016, BYU defeated Southern Utah 37-7 in Provo.

Dates for all 10 contests of the BYU-Boise State series from 2025 through 2034 are listed below, per a copy of the contract obtained from Boise State University via a state public records request.

Both schools could be in the Big 12 by the time the contract runs out which would make it a conference game.

Good series for both schools. I’m glad they are extending it. Looks like there will be a 1 year gap between the series.

Good series for both schools,defintely one worth watching each year.