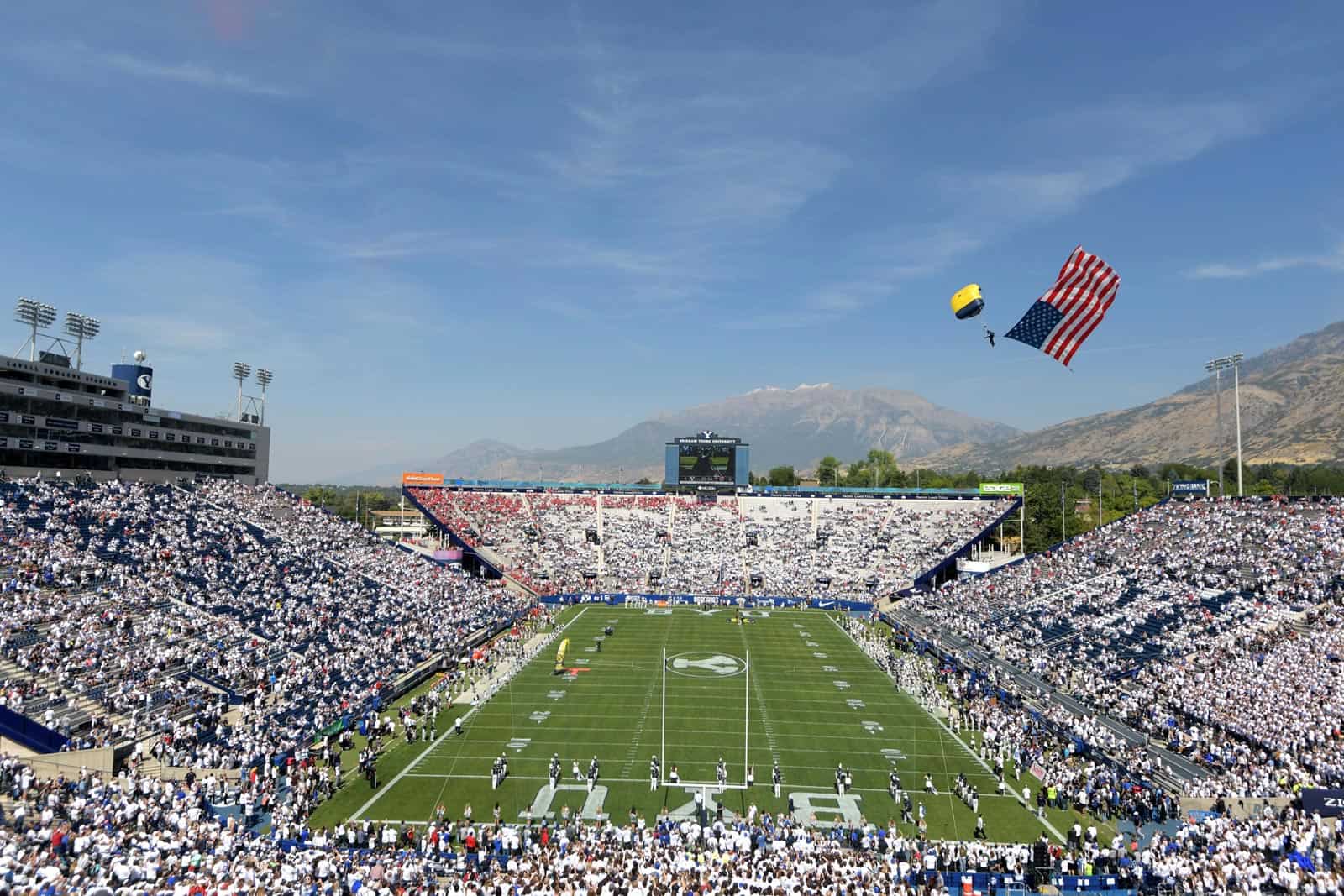 The BYU Cougars and Army West Point Black Knights have scheduled a home-and-home football series for 2020 and 2032, it was officially announced on Wednesday.

In the first game of the series, BYU will travel to take on Army at Michie Stadium in West Point, N.Y., on Sept. 19, 2020. The game, which will be the first-ever meeting between the two schools on the gridiron, will be nationally televised by CBS at 3:30pm ET/1:30pm MT.

The second and final game of the series is scheduled for the 2032 season at LaVell Edwards Stadium in Provo, Utah. An exact date for the game was not announced.

“It’s a real honor for BYU football to play in Michie Stadium, one of the most historic venues in college football,” said BYU Director of Athletics Tom Holmoe. “We are very excited to visit the U.S. Military Academy at West Point and play the Black Knights.”

News of the BYU-Army series was first reported on Monday by Sal Interdonato of the Times Herald-Record.

“This is an outstanding opportunity for our cadet-athletes to play a quality opponent in BYU on a nationally televised game on CBS,” said Mike Buddie, Army Director of Athletics. “We are excited we were able to add BYU to our schedule and to showcase Army West Point and our football program on a national stage.”

BYU now has five games on their revamped 2020 football schedule. The Cougars are scheduled to open the season at Navy on Monday, Sept. 7 (Labor Day) and will host Troy (Sept. 26), Houston (Oct. 16), and North Alabama (Nov. 21) in Provo.

Army has 10 games currently scheduled after BYU was added. The Black Knights have also added games against Middle Tennessee, ULM, Abilene Christian, Mercer, and Georgia Southern, according to announcements from some of the schools and independent reports.

2032? For real? Army must really not want to play that return game in Provo.

The starting quarterbacks in that game will be entering the 2nd grade next month. 80 % of all current season ticket holders at BYU over the age of 70 will be deceased by the time the game is played.

Donald Trump will be 86 years old and married to his 3rd eastern european bride with a 2 year old son. He will still be claiming that 17,000,000 illegals stole the 2020 election from him as he awaits sentencing on his multiple tax fraud convictions that have been on appeal for 11 years. Hill final words upon entering federal prison will be “fake news.”