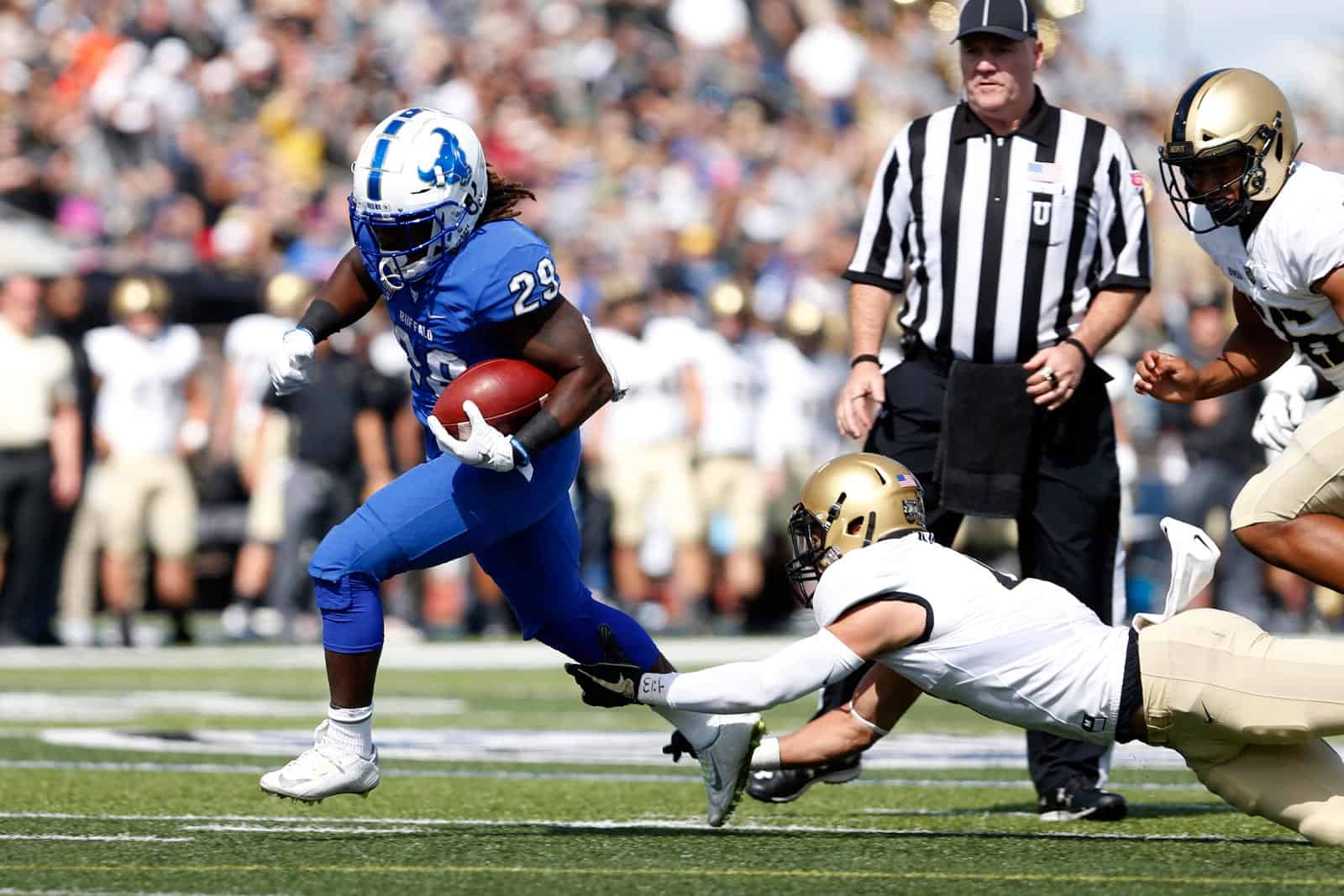 The Buffalo Bulls will play at the Army Black Knights in 2033, according to Buffalo’s official athletics website.

Buffalo will travel to take on Army at Michie Stadium in West Point, N.Y., on Saturday, Sept. 10, 2033. The game is likely the rescheduled matchup from the 2020 season, as the Bulls were scheduled to play at Army until the game was canceled due to the novel coronavirus 2019 (COVID-19) pandemic.

Buffalo and Army are also scheduled to play a home-and-home series in 2026 and 2027. In the first game of the series, Buffalo will travel to take on Army at Michie Stadium on September 12, 2026. The series will conclude with the Bulls hosting the Black Knights at UB Stadium in Buffalo, N.Y., on September 11, 2027.

Army is the first scheduled non-conference opponent for the Buffalo Bulls for the 2033 season.

Army, which plays as a Football Bowl Subdivision Independent, now has four games scheduled for the 2033 season. Other scheduled opponents include Missouri at home on Oct. 15, Navy at a site to be announced on Dec. 10, and Air Force on the road on a date to be determined.