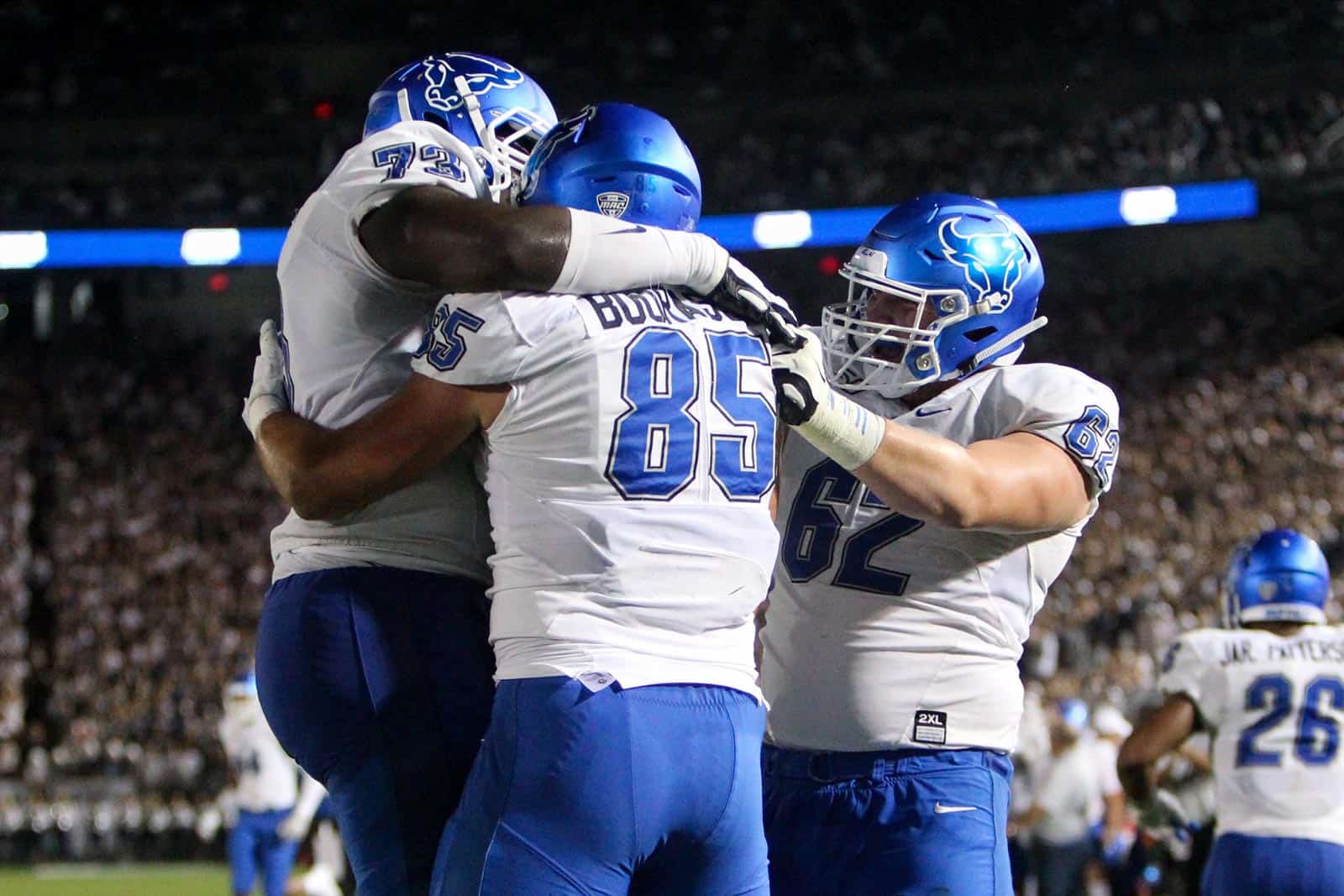 The Buffalo Bulls have added the Fordham Rams to their 2023 football schedule, FBSchedules.com has learned.

A copy of the football game contract was obtained from the State University of New York at Buffalo via a Freedom of Information Law request.

Buffalo will host Fordham at UB Stadium in Buffalo, N.Y., on September 9, 2023. Buffalo will pay Fordham a guarantee for the game, but the amount was redacted from the contract per New York law.

Buffalo and Fordham first met on the gridiron in 1930 and have squared off a total of three times. In their most recent matchup in 1995, the Bulls defeated the Rams 49-13 to take a 2-1 advantage in the series.

The addition of Fordham tentatively completes Buffalo’s non-conference football schedule for the 2023 season. The Bulls are scheduled to open the season at the Wisconsin Badgers on Sept. 2. UB is also slated to host the Liberty Flames on Sept. 16 and travel to face the Old Dominion Monarchs on Sept. 23 in non-conference action.

Buffalo is the second scheduled non-conference opponent for Fordham for the 2023 season. The Rams are also slated to play at the UAlbany Great Danes on Aug. 26 that season, which is Week Zero.

Realignment could make Buffalo and Fordham conference rivals in football only in the 2020s.

The MAC is the only G5 conference I am projecting not to lose any members of either the full or football-playing variety (all 12 are both).

I have the MAC adding four new full members. Two of them, Southern Illinois and Youngstown State, would bring their football programs into the conference. The other two, Cleveland State and Robert Morris, would be non-football members that are in key markets for the MAC.

The MAC adds two football-only members to offset CSU and RMU not being in the league for football – Fordham and Richmond, both otherwise members of the A-10, like previous associates Temple and UMass.

Richmond is currently allowed a full complement of 63 full scholarships. Fordham’s maximum set by the Patriot League is 60, which is not far from 63. On the other hand, the NEC restricts Robert Morris to 40 full scholarships, very far removed from the national maximum of 63. Plus, RMU has a local rival in NEC football, Duquesne. Thus RMU football would remain as an associate member of the NEC.

Fordham and RIchmond are projected to be football-only MAC members for the long haul, unlike previous such schools who had limited contracts. This will help the MAC recruit better on the East Coast for prospects of no interest to the Power 5 leagues.

This is a surprisingly in-depth comment for a random comment on a Fordham-Buffalo schedule for 4 years in the future.

Realignment is a big deal in college sports especially when it happens on such a large scale at once (like earlier this decade).