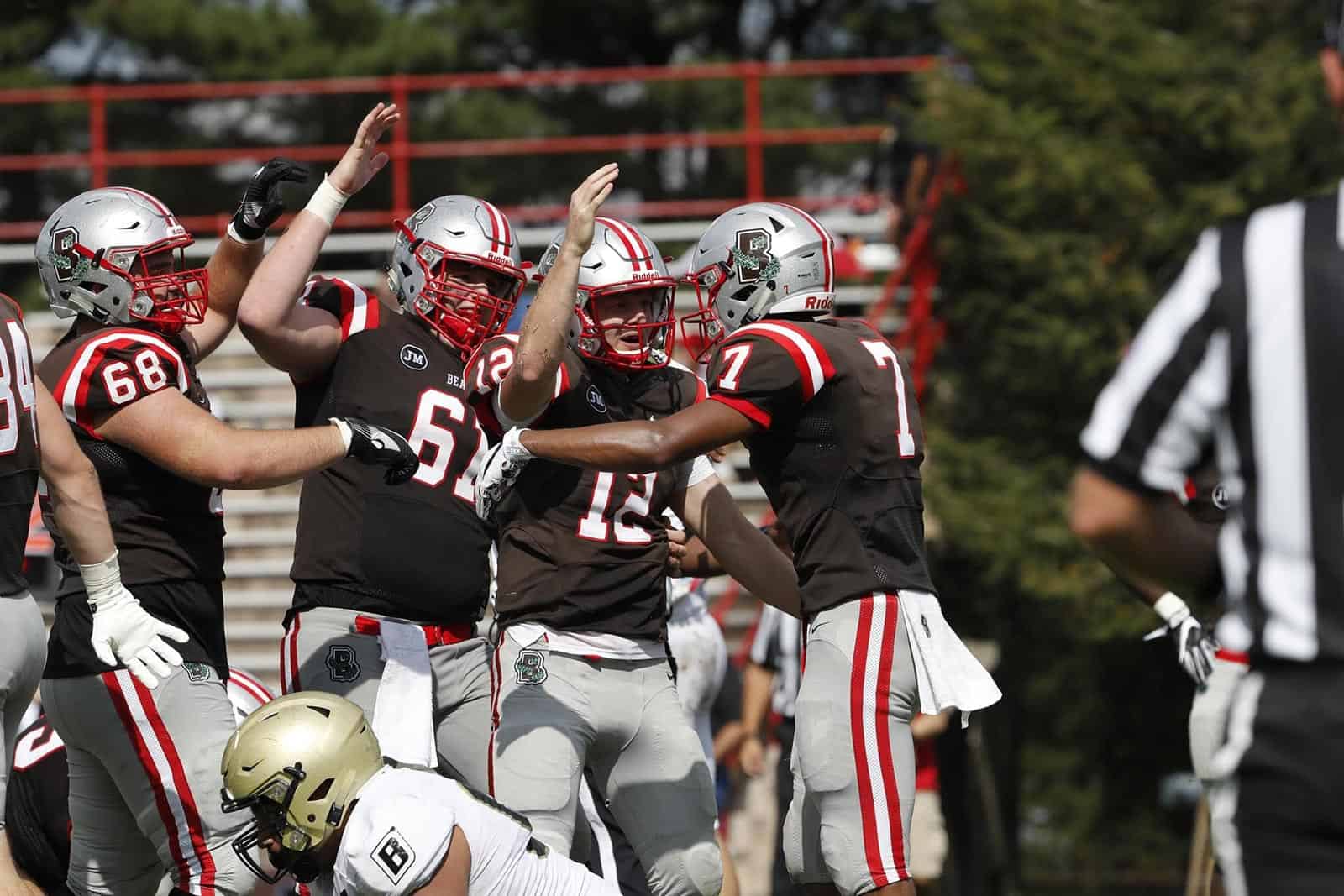 The Brown Bears have released their football schedules through the 2027 season, according to their official website.

Non-conference opponent additions include the Colgate Raiders at home on Oct. 9, 2021 plus games against the Bryant Bulldogs each season from 2021 through 2027. Brown will play at Bryant this season on Sept. 21 and is scheduled to host the Bulldogs on Sept. 19, 2020.

Dates for Brown-Bryant games from 2021 through 2027 are listed below:

Brown has also scheduled a four-game, home-and-home series with the Georgetown Hoyas for the 2024 through 2027 seasons.

Brown’s other non-conference opponents were previously announced. The Bears will play Rhode Island each season though 2027, Holy Cross in 2019 and 2020, and Central Connecticut in 2022 and 2023.

The Ivy League conference schedule for Brown retains the same format and order from 2019 all the way through 2027. Brown will open each season with a non-conference contest, play Harvard in the second week of the Ivy League season, play two consecutive non-conference games, and then face six-straight Ivy opponents.

The six-straight Ivy League opponents for Brown are in the same order each season with rotating sites every other year. Beginning in Week 5 of the Ivy League season and extending to the final week, the Bears will play Princeton, Cornell, Penn, Yale, Columbia, and Dartmouth.