Breaking down Week 6 of the 2017 college football schedule 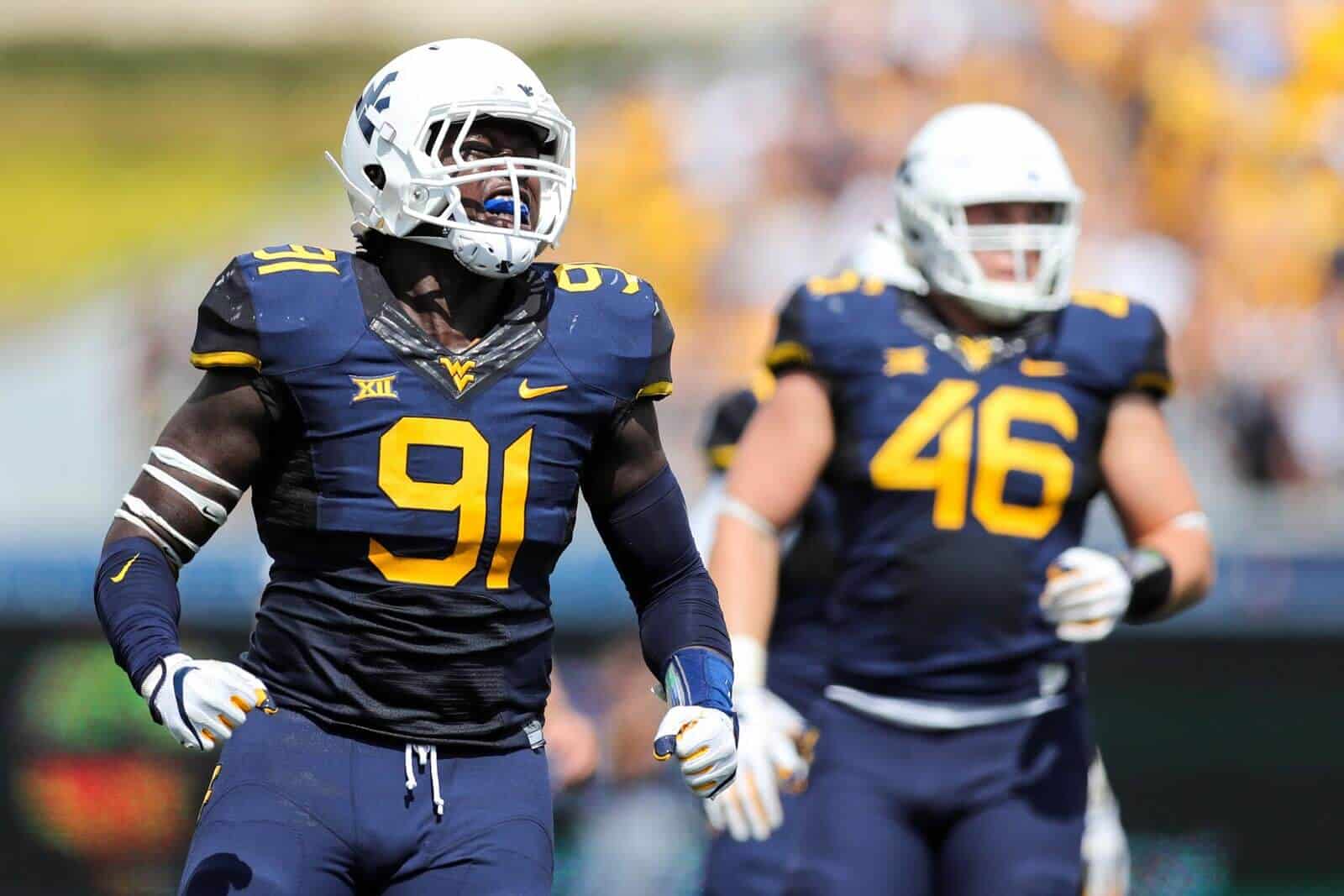 Week 6 of the 2017 college football schedule is the first in October, putting us a few short weeks away from the initial release of the CFB Playoff rankings on Oct. 31.

It’s also the first week that we’ll see a game on Wednesday night – Arkansas State at Georgia Southern at 8pm EST on ESPN2. After that, there are 57 contests on the schedule – one on Thursday, two on Friday, and 54 on Saturday.

Don’t forget to tune in to (17) Louisville at (24) NC State on Thursday night, one of only two Ranked vs. Ranked contests this week. Though Saturday night looks less compelling than in previous weeks, don’t count out (1) Alabama at Texas A&M (7:15pm EST on ESPN), Michigan State at (7) Michigan (7:30pm EST on ABC), (9) Wisconsin at Nebraska (8pm EST on the Big Ten Network), and (11) Washington State at Oregon (8pm EST on FOX). All feature top-ranked teams facing a stiff challenge from within their own conferences. All but one is on the road.

11: Northern Illinois has won 11 straight over Kent State in DeKalb (last loss there in 1966).

NC State slips into the AP Top 25 this week for the first time since November of 2010. Despite the 4-1 start, the Wolfpack are ranked No. 117 nationally vs. the pass, the worst mark in the ACC. In last week’s win over Syracuse they coughed up 385 yards through the air, 160 more than the Orange season average. Cue up a visit from Louisville, the No. 6 ranked passing attack in the nation and the future looks scary. Card’s junior quarterback Lamar Jackson (#8) ranks No. 11 in the FBS in passing yards per game (327.2), No. 6 in TD passes (13) and No. 6 in passing yards (1,636). Check out Louisville redshirt freshman wide receiver Dez Fitzpatrick (#87), his six TD receptions are tied for the second most in the nation.

Notre Dame ranks No. 14 in the FBS in scoring, averaging 41.4 points per game. It’s on the ground were the Irish have been effective as opposed to through the air ranking No. 7 in rushing offense vs. a No. 108 rank in passing. It sets up ever-so-well for the road trip to Chapel Hill, where the No. 113 ranked rushing D in the nation lies in wait. On average, UNC is giving up 221.8 ground yards per game, sandwiching it between Florida Atlantic (221.4) and Kent State (223.4) in the rankings. The Irish are one of only seven FBS teams averaging 300-plus rushing yards per game. They’re led by junior running back Josh Adams (#33), the No. 7 back in college football.

This week’s top strength vs. strength matchup, tune in to see Stanford’s No. 11 ranked rushing attack grapple with Utah’s No. 10 ranked rushing D. Cardinal junior running back Bryce Love (#20) leads the nation in rushing, averaging a mind-blowing 217.6 yards per game and already hitting the 1,000-yard mark. He’ll be severely tested by a Utes’ defense that’s held three of it’s four opponents to under 70 yards rushing. Keep an eye on senior linebacker Sunia Tauteoli (#10), at 26-years old he leads the team in both tackles and tackles for a loss.

With eight interceptions in five games, Washington’s defense is tied for the third-most in the FBS ranks. Ripe for the picking is Cal sophomore quarterback Ross Bowers (#3), with eight interceptions he’s tied for the second most in college football. Though he stayed clean in last week’s loss at Oregon, Bowers threw four picks in the Week 4 loss to USC and two the previous week vs. Ole Miss. Watch out for Washington junior defensive back Jordan Miller (#23) who already has two interceptions on the year.

Dating back to 1972, this is the first leg of the three-game series between Army, Air Force and Navy. The Falcons didn’t start playing football until 1956 and in the 13-years before the trophy only played Army and Navy a combined 10 times. The Commander-in-Chief was created to ensure that the three academies met annually.

With 20, Air Force owns the most trophies and currently holds the award. Navy is second with 15 and Army is last with 6. Either the Falcons or Midshipmen have won the last 19 awards, the Black Knights haven’t won since 1996.

The Freedom Trophy – (9) Wisconsin at Nebraska – series started in 1901 – Wisconsin leads 7-4 and has won the last four.

The Freedom Trophy debuted in 2014, “paying tribute to the brave men and women who have fought in our nation’s wars.” The trophy itself depicts one half each of Wisconsin’s Camp Randall Stadium (built on a Civil War training ground) and Nebraska’s Memorial Stadium (dedicated to veterans). An American flag rises out of the conjoined arenas. The Badgers have won all three games where The Freedom Trophy was on the line.

The Paul Bunyan – Governor of Michigan Trophy – Michigan State at (7) Michigan – series started in 1898 – Michigan leads all-time 69-35-5 but has lost three of the last five.

First presented in 1953, the Paul Bunyan was donated by then Michigan governor Gerhard Mennen Williams to honor Michigan State’s inaugural season in the Big Ten. All-in-all, the trophy is a whopping nine-feet tall, featuring Bunyan standing with one foot on each side of the state, each school’s flag claiming its half.

Last but not least we have the Valley Trophy, a giant “V” established in 2013 to “acknowledge the rivals that represent the Silicon Valley and San Joaquin Valley, respectively.” San Jose State has won the big “V” three times vs. Fresno State’s sole win in 2014.

Of all the teams Texas has played more than 15 times in its 124-year history it’s only got a losing record against one – Kansas State.

The Longhorns are 7-10 all-time vs. the Wildcats. The two first met in 1913 and though Texas won three of the first four meetings, those were all played before the end of WWII. After the 1942 contest, they didn’t meet again until 1998, the third-ever season of their shared membership in the Big 12. Since then, K-State is 9-4 vs. Texas, including winning five straight from 2006-12.

The only other Big 12 school that holds an all-time winning record vs. the Longhorns is West Virginia with a 4-2 mark.