Breaking down Week 5 of the 2020 college football schedule 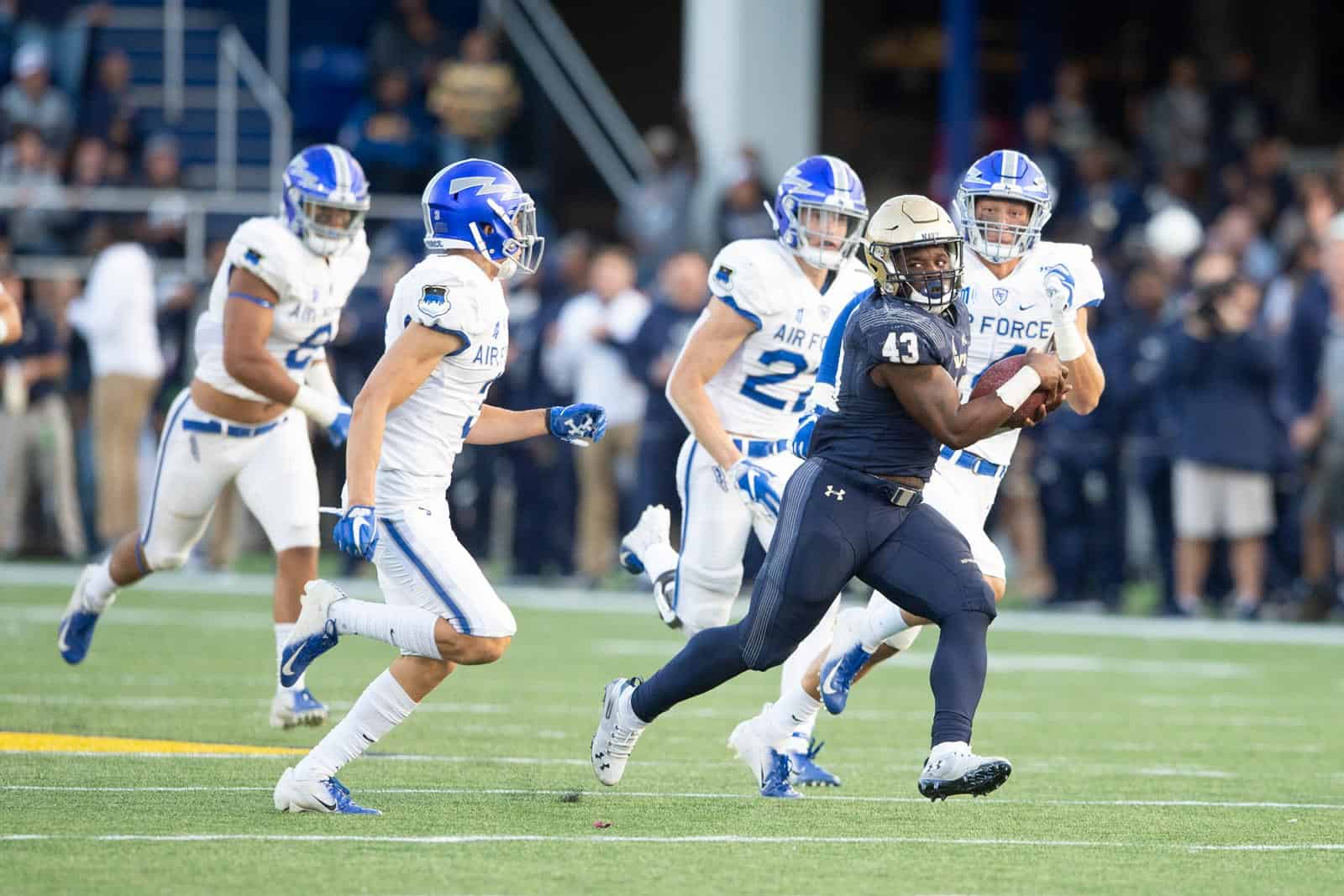 Week 5 of the college football schedule marks college football’s triumphant return to October. While the Big Ten, Pac-12, Mountain West and MAC are all plotting their 2020 debuts, the only squads actually competing on the gridiron this week (other than a handful of independents) hail from the ACC, the Big 12, the SEC, the American, C-USA, and the Sun Belt.

So as far as teams risking it all on the field to be ranked or not to be ranked, let’s keep in mind that the honor belongs to the few.

Minus any last-minute cancellations, a total of 32 contests are on offer in Week 5, a season-high that includes seven matchups that weren’t originally slated for 2020. Twenty-five (or a hearty 78%) are conference games.

Saturday gets rolling early with four Top 25 teams in action, all at home, all in the Noon EST time slot: South Carolina visits (3) Florida on ESPN, TCU plays at (9) Texas on FOX, Mizzou calls on (21) Tennessee on the SEC Network and finally NC State visits (24) Pitt over on the ACC Network. For something a little less obvious at the same time, tune in to ESPNU to watch Georgia State’s ground attack (it finished No. 12 in the FBS last season in rushing yards per game) square off with an East Carolina D that finished 2019 ranked No. 113 vs. the run.

The jewel of the midafternoon is (13) Texas A&M at (2) Alabama which airs at 3:30pm EST on CBS. Solid alternatives at the same time are (12) North Carolina (the Tar Heels return all but one starter to an offense that finished 2019 ranked No. 30 in scoring) at Boston College (which finished last season ranked No. 101 in scoring D) on ABC and (25) Memphis at SMU – a battle of two of the Top 15 passing attacks in the nation last year which are already off to a quick start this season – on ESPN2.

Lurking between the afternoon and evening is the opening salvo in the battle for the 2020 Commander in Chief’s Trophy – Navy at Air Force – at 6pm EST on CBSSN.

Though the cream of the crop in primetime is (7) Auburn at (4) Georgia at 7:30pm EST on ESPN, don’t sleep on (18) Oklahoma at Iowa State and (20) LSU at Vanderbilt which both kickoff at the same time on ABC and the SEC Network respectively. Both are absolute must wins for the visiting team.

If you have access to the ACC Network, finish strong with a rematch of last season’s ACC championship game – Virginia at (1) Clemson – at 8pm EST.

Air Force’s triple-option attack has finished among the top five teams nationally in rushing yards per game in each of the past five seasons. In 2020, they return four of their top five backs including the No. 1 rusher – senior RB Kadin Remsberg (#24) – from a year ago. Though Navy has been equally successful running the ball using the same scheme it has struggled to stop the run thus far this season, currently ranked second-to-last in the FBS in rushing D. The Midshipmen coughed up 301 ground yards to (22) BYU in their dismal opening loss and then allowed 265 rushing yards in Week 3’s narrow win over Tulane. The average of 283 yards allowed is a far cry from the 105.85 yards per game the same unit averaged last season (the tenth best in the FBS). Can Navy’s D show progress or will the Falcons expose it further? Keep in mind that this is Air Force’s season opener, meaning it may well come out as flat as many other programs have in a 2020 with fewer practice reps.

Mississippi State hung up a stunning 623 passing yards on (20) LSU in its 44-34 upset victory last Saturday. That’s just 61 yards fewer than the combined number of air yards the Tigers’ D allowed in the final three games of 2019 – vs. (4) Georgia in the SEC Championship (225 passing yards), (4) Oklahoma in the CFP Semi-Final (225) and (3) Clemson in the CFP Championship (234). It makes the Bulldogs’ date with Arkansas – which finished last season ranked No. 124 in scoring defense (compare that to LSU’s No. 31 finish) – look totally thrilling, or absolutely terrifying, depending on who you’re rooting for. It’s the same Razorback D that gave up 402 passing yards in a 31-24 loss to San Jose State last season. Keep an eye on MSU senior QB K.J. Costello (#3) who suddenly leads the nation in passing.

Located precisely 100-miles apart, Western Kentucky and Middle Tennessee have shared conference membership at both the FCS (Ohio Valley) and FBS (Sun Belt and now C-USA) levels. They met consecutively from 1952 to 1985 and have played annually since 2014. The trophy itself is a whopper, a golden transportation-themed tribute to hating your nearest neighbor.

The Commander in Chief’s Trophy – Navy at Air Force – series started in 1960 – Air Force leads 30-22 but the two have split the last seven, the home team winning on each occasion.

The first leg of the three-way contest between Army, Navy and Air Force, the Commander in Chief was established in 1972 to ensure that the newer Air Force Academy (which kicked off football in 1957) would play Navy and Army (both fielding a team since 1891) annually. The Falcons lead the way with 20 trophies, followed by the Midshipmen with 16 and the Black Knights with eight. Air Force hasn’t captured the prize since 2016, the longest current drought among the three academies.

Army is scheduled to host Air Force on Nov. 7 and meets Navy in Philadelphia on Dec. 12.

When Ole Miss visits Kentucky this Saturday afternoon (4pm EST, SECN), it will mark the first time that the Rebels’ first-year head coach Lane Kiffin will go head-to-head with a team led by Mark Stoops, who is in his eighth season as the Wildcats’ head coach.

The two missed each other in SEC divisional play – by four years – during Kiffin’s single season at Tennessee – in 2009 – well before Stoops the Youngest took over in Lexington in 2013.

Given that Kiffin has never clashed with the oldest Stoops brother – Bob – as a head coach, it adds up to him being undefeated – at least for now – in Stoops’ play.