Breaking down Week 4 of the 2020 college football schedule 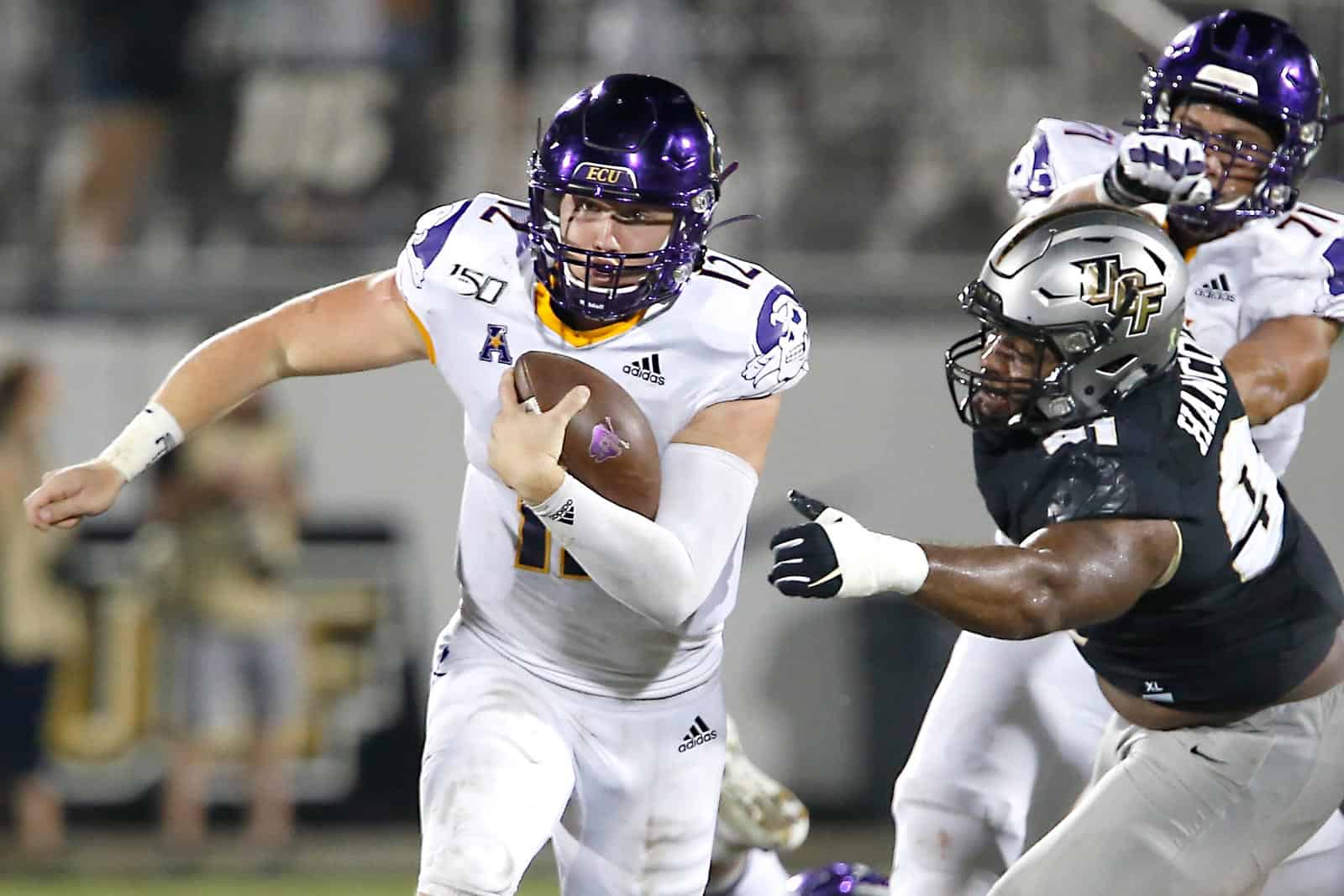 While still well short of the number of games on offer in a “normal” season, the total – minus any last-minute cancellations – rises to a season-high 31. Included are three ranked vs. ranked matchups and 19 league games. Of the 25 members mentioned in the latest AP poll, all but five (No. 1 Clemson, No. 7 Notre Dame, No. 11 North Carolina, No. 17 Memphis, and No. 25 Marshall) are in action this week. Twelve of the 34 matchups (or 35%) weren’t originally scheduled to be played this season, instead booked in a reaction to the pandemic.

The action kicks off with two weeknight games – on Thursday it’s UAB at South Alabama at 7:30pm EST on ESPN and then on Friday it’s Middle Tennessee at UTSA at 8pm EST on CBSSN.

Saturday starts off with a bang with a whopping six contests in the early time slot (Noon EST) featuring at least one ranked team. Included in the deluge of goodness are Kansas State at (3) Oklahoma on FOX and (5) Florida at Ole Miss on ESPN. If that weren’t enough, two of the three ranked vs. ranked affairs are also on offer – (23) Kentucky at (8) Auburn on the SEC Network and (24) Louisville at (21) Pitt on the ACC Network. Make sure your remote has fresh batteries.

In the midafternoon tune in to see the defending national champs (6) LSU host Mike Leach’s debut Mississippi State product at 3:30pm EST on CBS. Also on tap in the same time slot are (8) Texas at Texas Tech (FOX), West Virginia at (15) Oklahoma State (ESPN), and (22) Army at (14) Cincinnati (ESPN). Thirty minutes later – at 4pm EST – (4) Georgia at Arkansas kicks off on the SEC Network.

It’s a full Saturday, friends – stay hydrated, stretch before you watch, and – remember – beer that’s been iced down in a cooler is colder than the stuff out of the fridge.

Tune in to this one to see the No. 5 scoring offense in the FBS in 2019 (UCF) take on a defense that finished ranked No. 111 – nationally – in points allowed (ECU). And where the Knights’ attack was equally balanced (No. 19 in the FBS in rushing yards per game and No. 8 in passing), the Pirates’ D was unilaterally generous (No. 113 vs. the run and No. 108 vs. the pass). UCF welcomed back eight offensive starters from last year and hung up 660 yards and 49 points on Georgia Tech in its victory last Saturday. Keep an eye on sophomore QB Dillon Gabriel (#11), he finished 2019 ranked No. 15 nationally in passing yards per game and No. 13 in passer rating. ECU returns a mere four defensive starters this season – included among the losses are the entire starting D-line.

Only two teams in the entire FBS allowed more passing yards per game than did Texas and Texas Tech last season, finishing at No. 127 and No. 128 respectively. It sets up for a yard-a-palooza in Lubbock. In one corner it’s a Longhorn squad that returns seven starters to an attack that finished last year ranked No. 20 nationally in passing yards per game while in the other it’s a Tech team that welcomes six back to the No. 7 ranked passing offense in the land. If each schools’ season-opening performance is any indicator of how this one will go down, the advantage goes to Texas which hung up 481 yards passing – and allowed only 190 in return – in its 59-3 blasting of UTEP in Week 2. Compare that to the Red Raiders, which on the plus side managed to rack up 430 passing yards vs. FCS Houston Baptist in a narrow, gut-wrenching 35-33 victory two Saturday’s ago, but in the minus-column allowed a whopping 572 yards through the air. It may be prudent for Texas Tech enthusiasts to keep their therapists on speed dial.

One of nine bells played for at the FBS level, Southern Miss and Tulane’s version of the Battle for the Bell was established in 1999, four seasons into the two schools’ shared membership in C-USA. The two programs – located only 110 miles apart – played each other consecutively from 1979-95 as Independents and then from 1996-2006 as league members. Tulane left C-USA for the American in 2014. The Bell itself is three-feet tall and features each school’s logo. The Golden Eagles have rung the The Bell nine times vs. the Green Wave’s twice.

The Chancellor’s Spurs debuted in 1996 – the first-ever year of both the new Big 12 conference and Texas and Texas Tech each employing a university system chancellor. The Longhorns have worn the Spurs home 18 times vs. the Red Raiders’ six.

Due to the novel coronavirus 2019 pandemic (COVID-19), the SEC – which was originally slated to kick off its season the weekend of Sept. 5th – is running three weeks behind schedule. While the delay might not have been a welcome sight for eager fans, it must certainly be viewed as a better alternative than a complete cancellation of the 2020 season.

The last time the 14 schools who form the current SEC had their football campaigns compromised by a pandemic was 102 years ago, in 1918 – that was the season plagued not only by the Spanish Flu, but it played out during the final days of WWI.

Florida, Georgia, Missouri, Tennessee, Alabama, and LSU didn’t play a single football game that year. Arkansas – then a member of the old Southwest Conference – kicked off the 1918 season on Sept. 28. It went on to play five total games and finished 3-2, a number that included a 103-0 loss at Oklahoma.  Kentucky – then an independent – started Oct. 5. The Wildcats finished 2-1 and played all three of their games on the road.

Texas A&M – then in its fourth season as a Southwest conference member – opened its campaign on Oct. 12 and earned a 6-1 finish. The only loss came on Nov. 28, a 7-0 shutout at Texas. Auburn and Vanderbilt – both independents – kicked off their seasons on Oct. 19. The Tigers went 2-5 while the Commodores won their last four (over Kentucky, Tennessee, Auburn and Sewanee) for a 4-2 finish.

Mississippi State and South Carolina – also as independents – waited until Nov. 2 to open the season. The Bulldogs went 3-2 and finished the year with back-to-back, home-and-away wins over Ole Miss by a combined score of 47-0. The Gamecocks opened with a 39-0 loss at Clemson and went on to finish 2-1-1.

That leaves Ole Miss, another independent, which didn’t kick off the 1918 season until Nov. 9. The Rebels went 1-3 that year, the only win a shutout of Union (Tennessee).