Breaking down Week 4 of the 2019 college football schedule 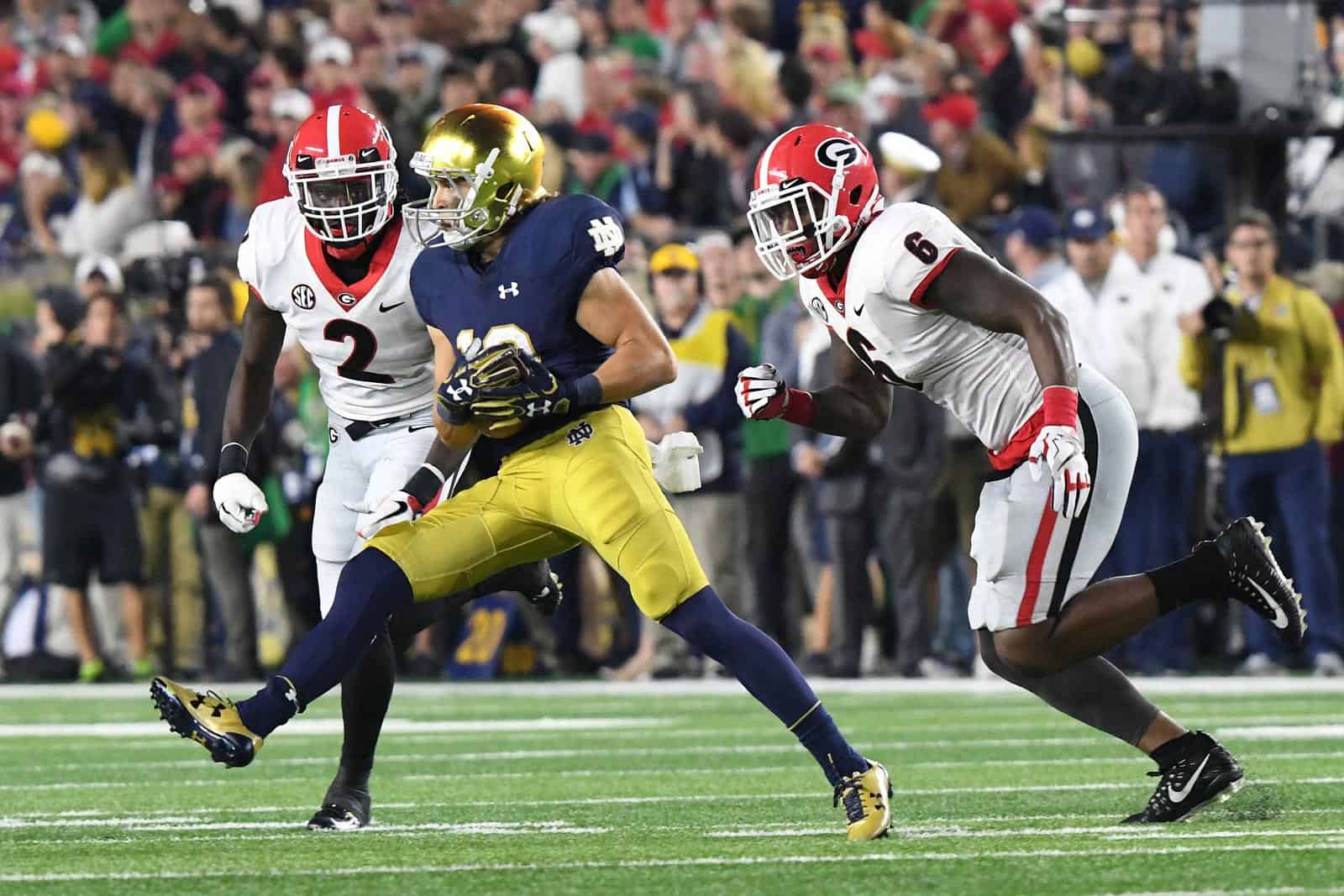 Week 4 of the 2019 college football schedule could be referred to as the “first round of exams” this season. In other words, it’s finally test time.

Of the teams fielding the current AP Top 25, six (or 24%) will play a ranked opponent this week. Beyond that, 16 (or 64%) will square off with a Power 5 member. That leaves just six members (or 24%) playing a Group of 5 opponent and three members enjoying the week off.

The action kicks off with a single game on Thursday night – Houston at Tulane on ESPN at 8pm EST. Though not obviously appealing, keep in mind that the Green Wave are ranked No. 24 in the FBS in scoring defense, giving up an average of only 14.7 points per game, a number that includes allowing only 24 in a Week 2 road trip to (8) Auburn.

Friday offers three games, the most compelling both air at 9pm EST: (10) Utah at USC on FS1 and Air Force at (20) Boise State on ESPN2.

The goodness on Saturday is not only very good, it’s spread out evenly throughout your day. The only real “break” (though you shouldn’t take one) comes in the early evening. At Noon EST you’ll want to set your main screen on (11) Michigan at (13) Wisconsin on FOX for a battle of “who’s really for real.” That game pairs well with a light lager and the SEC top-ten trio of Southern Miss at (2) Alabama on ESPN2, (4) LSU at Vandy on the SEC Network, and Tennessee at (9) Florida on ESPN.

As advertised, the early evening isn’t must-see TV but to fill the gap, check out (16) Oregon at Stanford at 7pm EST. While we know the Cardinal is struggling, we don’t know how good the Ducks really are. That leads to the second top-ten matchup of 2019, (7) Notre Dame at (3) Georgia at 8pm EST on CBS.

In what’s perhaps the most shocking early statistical fact of 2019, LSU is currently ranked No. 2 – in the nation – in pass OFFENSE. That’s right, the Tigers are one step below (19) Washington State at No. 1 in passing yards per game and several above (2) Alabama (at No. 6) and (5) Oklahoma (at No. 9). Despite the early success, it’s logical to think this number will suffer as LSU plays a full slate of SEC opponents, the first of which is Vanderbilt this Saturday. Even though the Commodores aren’t necessarily famous for stingy defense, what if I told you that they’re currently ranked No. 126 – in the nation – in pass D? Only four programs are worse thus far. Listen – we’re only three games into the season, but this matchup has all the right stuff to make LSU look like it somehow morphed into Texas Tech. Keep an eye on Tiger senior QB Joe Burrow (#9), No. 2 in the FBS in passer rating (223.94) and No. 3 in yards per game (374) and junior WR Justin Jefferson (#2), No. 2 in the nation in yards per game (124.7).

Delving further into the unusual, did you know that Baylor – previously famous for its high-flying passing attack – is currently ranked No. 5 in the FBS in RUSHING yards? Sure, the Bears have only played two games in 2019 – but they averaged 318 ground yards in each. As for their nine rushing TDs – that ties them with Air Force (which runs the option) for the most of any team with only two games under their belt. Cue up Rice, currently at No. 113 nationally vs. the run, and you get the picture. Players to watch are junior RB John Lovett (#7) and back-up QB and redshirt freshman Gerry Bohanon (#11) – he’s carried the ball 13 times in just two brief outings for 177 rushing yards and one score.

Notre Dame, like Baylor, has only played two games this season, wins at Louisville (Week 1, 35-17) and vs. New Mexico (Week 3, 66-14). Hidden beneath the layers of the two decisive victories is the fact that the Irish coughed up 200-plus rushing yards to both the Cardinals (249) and the Lobos (212). This earns them the very early ranking of No. 120 vs. the run. Compare that to last year’s defense that only gave up that many ground yards TWICE all season – 259 in a lopsided win at Wake Forest and 292 in a victory over option-happy Navy. Furthermore, they limited the bleeding to 211 rushing yards allowed in the CFB Semi-Final loss to Clemson. It all adds up to this weeks’ clash with Georgia being at least mildly alarming. The Bulldogs, who returned three of their top four backs from 2018, are currently No. 8 in rushing yards per game. Though far from being a certainty, on paper this mismatch has the potential to take this game from a nail biter to a rout. Georgia’s leading rusher is junior RB D’Andre Swift (#7).

The Anniversary Award dates to 1985 when the alumni associations of both schools established a traveling trophy to commemorate the 75th anniversary of each institution. Both were founded in 1910 in northern Ohio – Bowling Green in the west and Kent 150 miles to the east. The Falcons have won 25 Anniversaries vs. the Golden Flashes’ eight.

According to Louis Ojeda Jr. at Fox Sports Southwest, “The tradition of the ‘Battle for the Iron Skillet’ began in 1946 to prevent vandalism by fans a year after more than $1,000 in damage had been done to both TCU and SMU campuses. But why a piece of cookware? There’s a myth that it was sparked by an SMU fan who was frying frogs’ legs in a skillet at a tailgate. The tradition died over the years, but it was revived in 1993 with the introduction of a new Iron Skillet.” TCU has won 20 of the new frying pans vs. SMU’s five. The two schools have only missed playing each other three times – in 1986, 1987 and 2016 – in the last 98 years (or since 1921), but currently have no future dates booked.

While you may have already heard that (3) Georgia has never – in two tries – lost to (7) Notre Dame, did you know that the Bulldogs have NEVER lost to one of the six current Independent programs? They’re 2-0 vs. the Irish, 4-0 vs. New Mexico State and 1-0 vs. both UMass and BYU. That leaves Army and Liberty, which they’ve never met on the gridiron.

What sets Georgia’s mark apart is that it’s the only Power 5 program to be undefeated vs. the current Independents whose record also includes wins over Notre Dame.

The last time the Bulldogs lost to a program that was an Independent at game time was in 1989 when they rolled into the Peach Bowl and lost 19-18 to Syracuse. The Orange relinquished their long-standing football independence one season later, in 1991, by joining the Big East.

If App State beats North Carolina they may never play them again after 2023 and 2024.