Breaking down Week 3 of the 2020 college football schedule 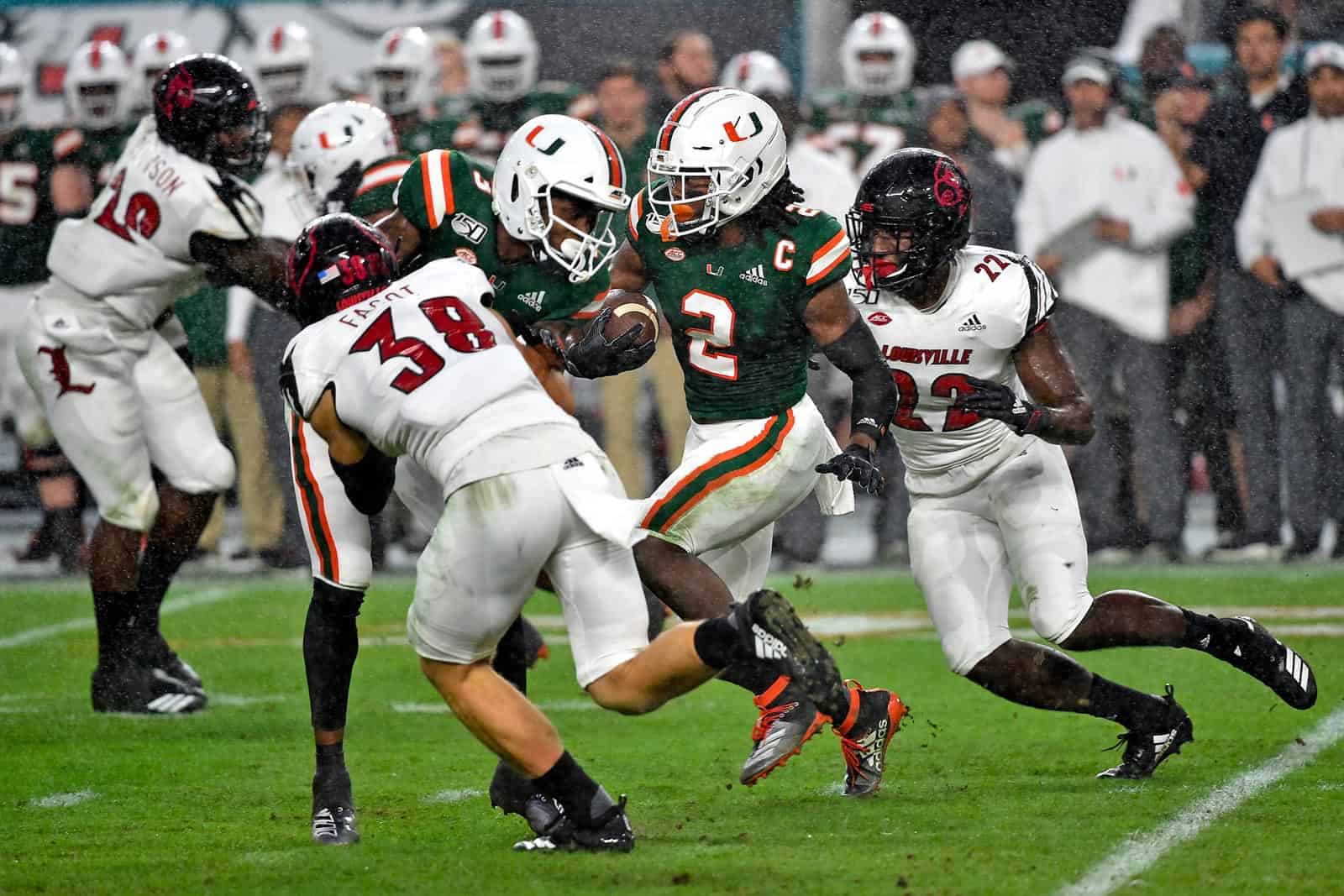 Week 3 of the 2020 college football schedule features a precious 23 games, up slightly from the 20 we enjoyed in Week 2 and a huge improvement from Week 1’s offering of nine contests.

Among the goodness is the first ranked vs. ranked matchup of 2020, eight conference games (four from the ACC, two from the Sun Belt and one apiece from the American and C-USA) and the fact that 11 ranked teams are in action. Five (or a season-low 22% of the field) feature an FBS school playing an FCS opponent and ten (or 43%) are matchups that weren’t originally scheduled to be played in 2020.

The week kicks off with the very first Friday game of the season – FCS Campbell (which fell one-point short of upsetting Georgia Southern last week) at Coastal Carolina (which did upset Kansas 38-23 in Week 2) on ESPN at 7:30pm EST.

Saturday’s Noon EST time slot is headlined by Tulsa at (11) Oklahoma State (ESPN), Syracuse at (25) Pitt (ACCN) and Houston at Baylor (FOX). For something a little more under-the-radar, check out Navy at Tulane at the same time on ABC – it features two of the top-ranked rushing attacks from 2019 (the Midshipmen were ranked No. 1 in yards per game while the Green Wave was No. 11).

The midafternoon is anchored by two ACC vs. AAC matchups. First up it’s South Florida (which had one of the worst rush defenses in the FBS in 2019) visiting a (7) Notre Dame team whose offense was ranked No. 11 in scoring last season. It airs on the USA network at 2:30pm EST. Next in line, an hour later on ABC, is (14) UCF at Georgia Tech. Tune in to this one to see how improved the Yellow Jacket D really is (it was No. 103 in scoring last season but held Florida State to 13 points last weekend) vs. a Knight scoring machine that was ranked No. 5 – nationally – in points a year ago.

The nation’s leading rusher from last season – Oklahoma State junior RB Chuba Hubbard (#30) – is back in 2020 along with the most experienced offensive line in the Big 12. They’ll open vs. a Tulsa defense that finished 2019 ranked No. 90 nationally vs. the run and returns a mere four starters. Included among the losses are four of the top six tacklers from a year ago. It’s the same D that Hubbard hung up 256 yards and three scores on last season in a 40-21 win in Tulsa. Expect Hubbard’s Heisman stock to rise early.

Tune in to this one to watch the best rushing attack in the Sun Belt conference vs. a defense that finished 2019 ranked No. 119 nationally vs. the run. In one corner, it’s Louisiana which averaged a cool 257 rushing yards per game last season (No. 6 in the FBS) and in the other it’s Georgia State, which allowed 250-plus ground yards on six separate occasions in 2019. The upside is that the Panthers return eight starters on defense including four of the top five tacklers making this game a good indicator of potential improvement. Though the Ragin Cajuns bid farewell to one third of its dynamic rushing trio (Raymond Calais) from last year, both senior RB Elijah Mitchell (#15) and senior RB Trey Ragas (#9) are back on campus.

This pairing features one of the best strength vs. strength matchups thus far in 2020, pitting a Louisville offense that finished No. 30 in the FBS in scoring in 2019 (No. 2 in the ACC) vs. a Miami D that earned a No. 23 mark in points allowed (also No. 2 in the ACC). The Cardinals return a whopping eight offensive starters including the top three backs from a unit that was ranked No. 24 nationally in rushing yards per game a year ago. Keep an eye on sophomore RB Javian Hawkins (#10) – No. 7 in the FBS in yards per game in 2019 as a freshman. While the Hurricanes return a more reasonable five starters on defense, Phil Steele has the defensive line as the third best in the entire nation. Check out senior DE Quincy Roche (#2), a transfer from Temple who finished No. 7 in the FBS in sacks in 2019.

The Palladium Trophy – Troy at Middle Tennessee – series started in 1936 – Middle Tennessee leads 12-8 but Troy has won six of the last seven. The two haven’t met since 2012 when MTSU left the Sun Belt for C-USA.

Established in 2003, the Battle for the Palladium celebrates the two schools’ links to mythology. For Troy and the Trojans, it’s the ancient city and its citizens, while for Middle Tennessee it’s Lightning, the schools’ blue-winged mascot that resembles Pegasus. According to legend, the original Palladium was a wooden statue of Athena that was held in Troy to keep the city safe. The travelling football trophy version is three-feet tall and is crafted from basswood. The Trojans have won seven wooden Athena’s thus far vs. the Blue Raiders’ three.

Houston’s road trip to Baylor this Saturday (Noon EST, FOX) wasn’t booked until Sept. 12 – of this year. It’s yet another twist in a 2020 season where anything can and will likely happen. It also marks the first time the Cougars and the Bears have met since 1995, the final season of the old Southwest Conference. The two shared membership, and played consecutively, from 1976 (when the Cougars became football members) until the league disbanded.

If the game is played as scheduled, there will only be two reunions pending between the eight programs that were SWC members when the league dissolved – Houston and Texas A&M and SMU and Texas – both of which were also last played in 1995. Arkansas, which fled the SWC for the SEC in 1991, has yet to reunite on the gridiron with its old league pals Baylor, Houston, and Rice.