Breaking down Week 3 of the 2018 college football schedule 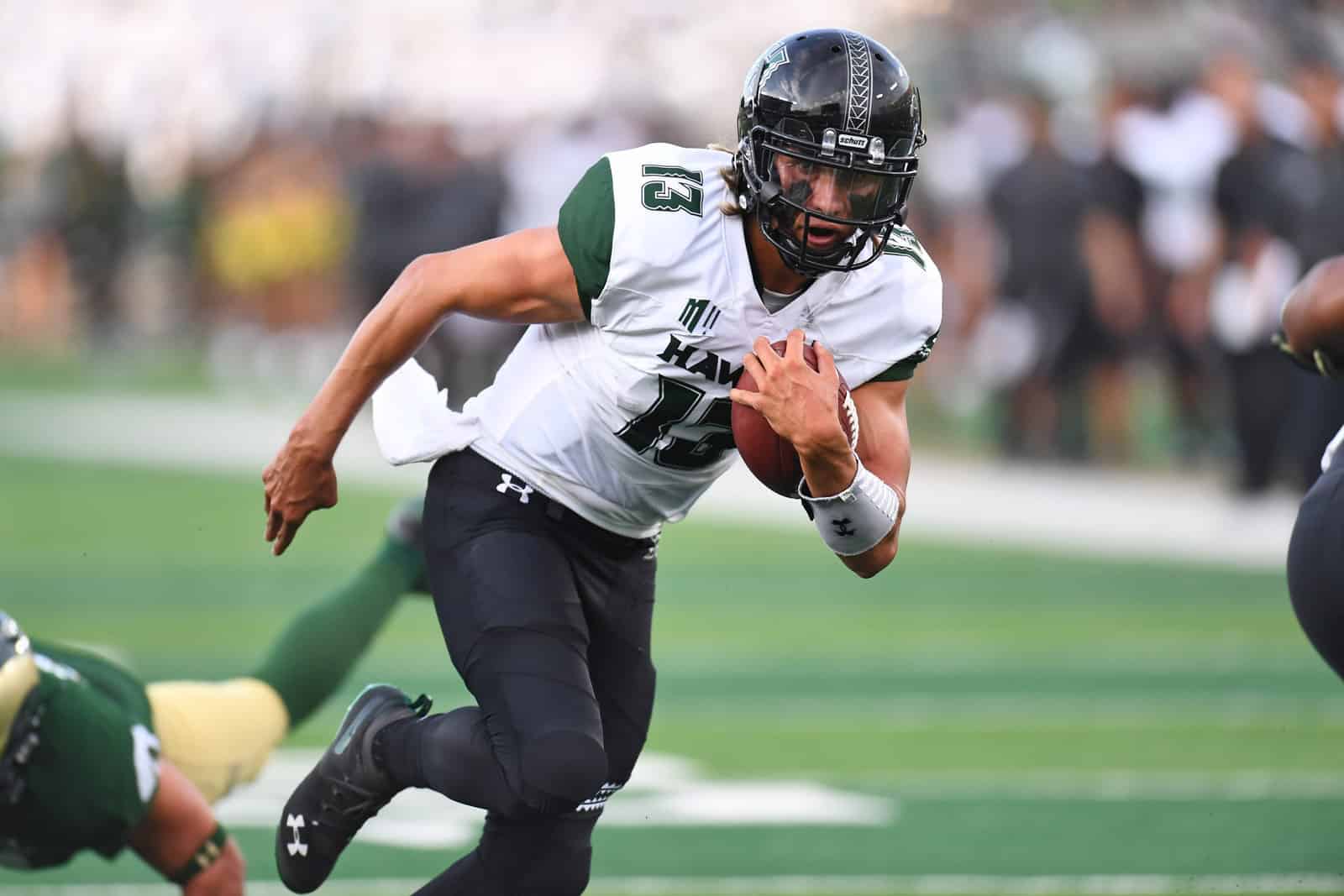 On tap for Week 3 of the college football schedule are 72 games – one on Wednesday night, two on Thursday, one on Friday and then 68 on another jam-packed Saturday.

Though there are 11 conference games on the schedule (15% of the total offering), for the most part we’re still in the thick of non-league play. FBS vs. FCS action shrinks from 29 games in Week 2 down to 18 this week but still account for 25% of the total. A mere 15 contests (or 21%) feature a Power school playing a fellow Power member.

The best of the non-Saturday games is Boston College at Wake Forest on Thursday night at 7:30pm EST on ESPN. While this may not seem like must-see TV on the surface, both teams are 2-0 and BC is technically No. 28 in the latest AP poll, garnering 45 votes.

Though the bulk of the weekend’s best action comes later in the day, don’t forget to tune in to (5) Oklahoma at Iowa State at Noon EST on ABC. In the 3:30pm EST time slot, set your remote to flip between (12) LSU at (7) Auburn on CBS and (17) Boise State at (24) Oklahoma State on ESPN.

The evening starts off with (1) Alabama at Ole Miss on 7pm EST on ESPN, which may wind up to be more intriguing than advertised – see below for exciting details. Finally, at 8pm EST it’s (4) Ohio State vs. (15) TCU on ABC as your primary focus with (22) USC at Texas on FOX as a backup. For those who want more, (10) Washington visits a good Utah club at 10pm EST on ESPN.

9: Louisville has won 9-straight over Western Kentucky (last loss in 1975)

After easy wins at Western Michigan and vs. FCS Wagner, Syracuse is off to a 2-0 start for the first time since 2015. The Orange secondary, which returned three starters from last season, has already scored five interceptions, tying it for the second-most in college football. Though it might not snap its 10-game losing streak to Florida State, Syracuse may be able to rack up a couple of more picks vs. junior quarterback Deondre Francois (#12). He’s already thrown three interceptions this season, tying him for the second-most in the nation. Keep an eye on free safety Andre Cisco (#19) – a true freshman – with three picks he’s tied for the most in the FBS.

Arkansas gave up 389 passing yards in its 34-27 upset loss at Colorado State in Week 2. Though disappointing, it’s not shocking for a secondary that returned only two starters to a unit that finished 2017 ranked No. 114 nationally vs. the pass. Usher in North Texas – which finished last year ranked No. 21 in passing yards per game and returns its starting quarterback, its top three receivers and all but one member of the O-line – and things get interesting. Though it’s a huge stretch to say the Mean Green could waltz into Fayetteville and shock the world, after two games (wins over SMU and FCS Incarnate Word) they’re ranked No. 1 in the FBS in passing offense. Keep an eye on junior quarterback Mason Fine (#6), he currently leads the nation in passing yards per game (431) and junior wide receiver Rico Bussey, Jr. (#8), No. 12 in the FBS in receiving yards per game (118.5).

Before automatically assuming that the top-ranked Tide will roll all over Ole Miss, consider this – Alabama returned just three total starters on defense this season and zero to a secondary that finished last year ranked No. 6 nationally against the pass. How’s the new unit looking thus far? Well, they gave up 252 yards through the air to Louisville and 218 to Arkansas State. The average of 235 yards per game has them at No. 85 – nationally – in pass defense. It sets up for an intriguing matchup with Ole Miss, the same program that finished last year ranked No. 11 in the FBS in passing yards per game and which has already earned an early No. 2 rank through the first two weeks of 2018. Remember, the Rebels returned their top three receivers, all but one member of the O-line and the quarterback who started its final six games last season. Players to watch are senior QB Jordan Ta’amu (#10), No. 2 in the FBS in yards per game (392) and junior wide receiver A.J. Brown (#1), No. 8 in receiving yards per game (125.5).

Another potential triumph through the air, Missouri is the proud owner of the third-most-potent passing attack in college football. The Tigers finished 2017 ranked No. 14 in passing offense and returns its starting quarterback, the entire O-line and three of its top four receiving targets. Enter Purdue into the equation, which coughed up 347 passing yards in its shocking 20-19 loss to Eastern Michigan in Week 2, and you get the picture. The Boilermakers are currently No. 107 vs. the pass, a slight dip from their No. 94 finish a year ago. What doesn’t help is that just two members of its secondary returned, a unit that was the second-worst in the Big Ten. Check out senior quarterback Drew Lock (#3), No. 9 nationally in both in yards per game (343.5) and completion percentage (74.3%) and senior wide receiver Emanuel Hall (#84), No. 2 in receiving yards per game (171).

Louisiana is home to five FBS programs, in Week 3 three of the four teams who are active (one is off) will hit the road and play an SEC opponent. It’s true even though only one of the Pelican State 5  is an SEC member.

The state of Louisiana vs. the SEC kicks off with (12) LSU at (7) Auburn at 3:30pm EST on CBS. In the evening, the Louisiana Ragin’ Cajuns are at (16) Mississippi State and the ULM Warhawks visit Texas A&M, both games are slated for 7:30pm EST. Louisiana Tech has a bye and Tulane is at UAB at 1pm EST.

Looking ahead, Louisiana also has a roadie at (1) Alabama in Week 5 and ULM visits Ole Miss in Week 6. Louisiana Tech plays (12) LSU in Baton Rouge next Saturday.

That leaves Tulane as the only FBS program from Louisiana that won’t play an SEC opponent in 2018.

Toledo has lost to Miami Hurricanes in two previous games.